We had an LED bulb fail for the first time. We put 5 Philips bulbs in our over-the-table chandelier when we moved into our house. A week or two ago one of the bulbs began shutting off after being on for ~30 minutes and it would then cycle on and off. That suggests to me an overheating problem. Now the bulb doesn't light at all.

It lasted almost exactly 7 years and the other 4 bulbs in the fixture are still going just fine. I expected it to last longer and maybe it was flawed (we'll see what happens with the other 4 bulbs). But 7 years is pretty good since it paid for itself in reduced electrical usage after about 1.5 years.

I've observed an interesting phenomenon in my life.  I describe it as cognitive versus emotional empathy.  Wikipedia seems to back me up on making a distinction between the two, though the field is apparently rather fuzzy still.

At some point in my life I developed cognitive empathy.  I don't know when it was which suggests to me it was probably before high school.  Cognitive empathy being the ability to understand someone else's emotional state and being able to predict someone else's emotional state in a given scenario.  That is, I could recognize and understand that someone would feel devastated at the loss of a loved one.  But recognizing that reality didn't cause me to feel any emotion myself on the matter.

I could watch movies and see something tragic happen on screen.  I could understand that the character would feel pretty upset, but it wouldn't produce any emotional response in me.

During high school the mother of a friend-of-a-friend died.  A bunch of us attended the wake to support the friend.  I understood that it was painful for the friend and their family, but I didn't have any particular emotional reaction myself (except feeling awkward and out-of-place and not knowing what to do).

Then at some point in my life I developed emotional empathy.  This only happened within the last 7 years.  For the astute readers, this coincides with when I got married.  While that's a possible factor, I'm guessing the more likely connection is that I went through my mid-to-late twenties and brain development is still occurring in pretty important ways during that time frame.

By the late 20s, "there's better communication between parts of the brain that process emotions and social information—like what people think of you—and the parts that are important for planning ahead and balancing risk and reward," says developmental psychologist Laurence Steinberg of Temple University.

Whatever the reason, I developed this new emotional empathy which means I feel emotional responses to the things that happen to other people I observe (read, watch, etc.)  I find this really interesting since I definitively didn't have this reaction before and noted that lack and then it developed.

For example, today I was reading a blog post from a guy at church about when his first baby was born a few weeks ago.  Some time after the baby was born his wife had a complication and began hemorrhaging.  There was no time to address pain control and he cowered in the corner holding their infant daughter while his wife screamed in agony as the doctors tried to save her life.

It makes me emotional just to write those sentences.  That must have been absolutely terrifying.  8 years ago I could have read and recapped that story recognizing that it would be awful, but not feeling any emotional response.  Today I can internalize being in that room and the emotion is powerful.  It instantly conjures up images of Heather and Corinne when they were born and Jess lying in bed resting.  Having the peace intruded by a puzzled expression from a nurse then shattered by a medical team and chaos and fear.  It makes me think of Jess' surgeries (back when we were dating).  The urgency.  The uncertainty.  The helplessness.

I'm sure those experiences contribute to my ability to experience emotional empathy more acutely in this case.  This happens to be a particularly strong example, but other less-personal connections still occur.  I'm fascinated by that mental process and that change in how my brain responds to the world around me.

I know you want to know what happened to the woman.  As the medical team began to understand and deal with the situation someone did usher the husband out of the room.  They saved her life and she's home now.  She needed ~3 liters of blood.  The average human body has ~5 liters (though pregnant women have more).  Again, terrifying.

We rearranged the family room a few months back and took down the pictures that had been on the wall.  I had an idea to put up in their place and it's finally finished (for now).

I took some deer netting and hung it on the wall to use as a structure to attach pictures to.  If I could find a lighter color net I would since the wall is a light color, but I'm not going to worry about it too much.

The pictures I'm going to hang are prints from some of our prominent family trips and I made a travel map for each trip indicating where we went, how we got there, and when the trip was.  The travel maps are surrounded by the pictures from that trip. 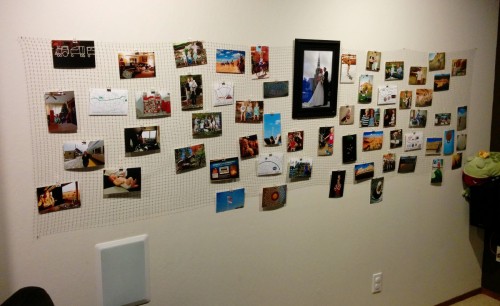 The individual travel maps I made: 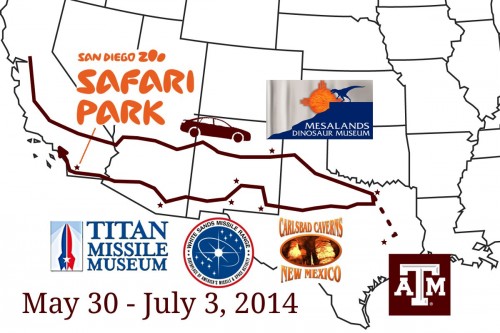 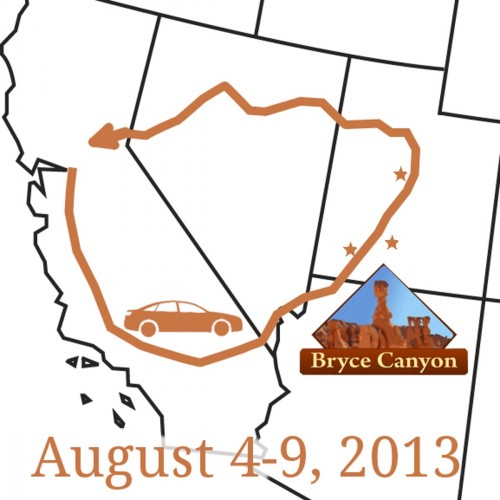 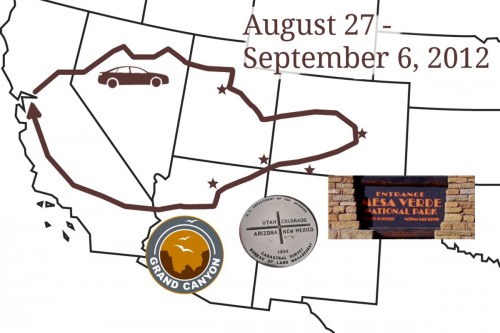 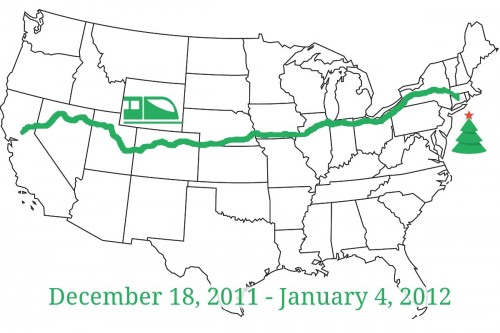 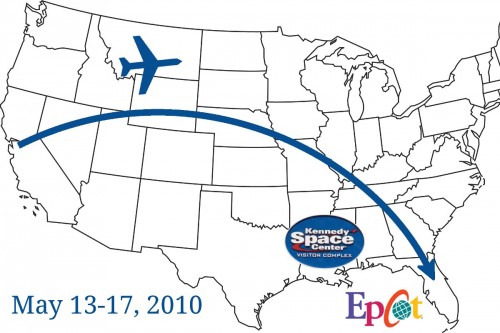