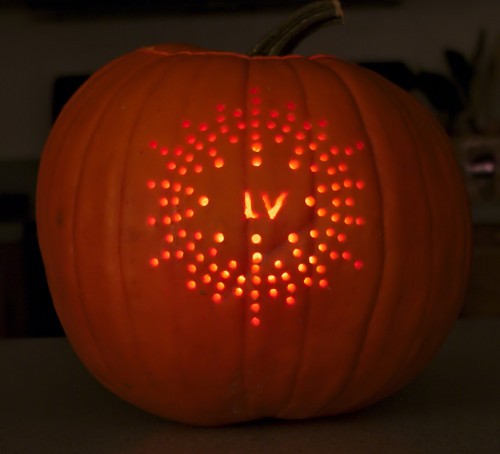 We switched to Ting just about one year ago and it's time to do some number crunching to see how it's working out for us.

Ting is a mobile virtual network operator (MVNO), which means they run a cell-phone service, but don't own any of the physical hardware.  In Ting's case, it all runs on Sprint's network, but Ting is the company you sign up with and pay and is in charge of all your customer needs.

Their approach is different in that they focus on treating you like a human being and not finding new ways to gouge money out of you.  It's quite refreshing.  Their customer service is top notch and in that regard I've been very pleased.  I don't lament calling them on the rare occasion that I need to.

They allow you to add as many phones to your account as you want, and all phones on your account pool minutes/texts/data so you get a better unit price as the quantity increases (additionally, you pay a $6 fee per line per month to keep it active on the account).

This is the kind of mobile phone plan I've been waiting for.  It fits our needs much better than any other plan I've seen.

We had been on a T-Mobile family plan for about $70 per month with way more minutes than we needed and no texting or data allowance.  It was stupidly expensive.  When that contract ended we switched to T-Mobile prepaid, which was better (we bought minutes 1000 at a time that lasted about a year, but texting was still stupidly expensive and no data--and we had to buy minutes for each phone separately).

Then Ting came along

Ting charges you by the bucket for minutes/texts/data.  Use no data this month, pay nothing for data this month.  No limits, no caps, no overage charges.  No trickery.  I love the billing policy.

So how's it working out for us?

(All the information I report is total between Jess and I since Ting treats it all as one big pool for billing purposes.)

Usage and Costs over the last year per month:

The Ting approach means you don't get any subsidy when you buy your phone, but there are also no contracts.  We bought very entry-level Android phones (Kyocera Rise) for $152.27 each after sign-up discount.  And if you do buy a more expensive phone, you'll most likely still save money over the life of a 2-year contract.

I will probably buy a nicer phone at some point, but I didn't want to spend a bunch of money on a phone until I knew if I actually wanted a smartphone and if I actually liked Ting.

Ting is currently only 1 of 2 companies I will unhesitatingly recommend people try to do business with if it makes sense for their needs.

As I mentioned, they do run on the Sprint network which some people have issues with.  However, Sprint is in the process of a massive overhaul of their network.  The long-term goal of their "Network Vision" plan looks really good and I'm really looking forward to seeing how it plays out.  It should provide better coverage and signal quality for the entire country (it appears to me that they're essentially betting the farm on this overhaul and so far it's looking good).

Did you know that some numbers are illegal?  It's true.

No, there isn't a law somewhere that says the numbers 745, 1,889, and 131,101 are illegal.  In fact which numbers are illegal isn't even known a priori.  And there's an unbounded (and possibly infinite) number of illegal numbers!  It's crazy!

So how are some numbers illegal?

It all started with the invention of digital storage mediums (i.e., the computer).  You may have some notion about computers operating entirely on 0s and 1s.  That is, they use a binary number system.  Physically, these values are usually stored as a high or low voltage (electrical storage, like a USB thumb drive), the direction of magnetization (magnetic storage, like a hard drive or floppy disk), or as actual pieces of material (physical and optical storage, like a punch-card/CD/DVD/Blu-Ray).  These physical representations are interpreted as either a zero or a one.

Take this image for example:

It's just a 64x64-pixel square with bands of red, green and blue.  The number that is stored on the computer to represent this image is:

In any sense that matters, this number and that picture are equal—with the important understanding that I told the computer to treat that number as if it were a picture (specifically a png file).  I could just as easily tell the computer to interpret that number as audio, or video, or text (but it would appear to be garbage if interpreted in any of those ways).

Now here's where this gets interesting and a little bizarre.

Other types of information are legal to possess, but illegal to share with others.  The DMCA makes it illegal to provide to others any tool which is capable of circumventing any measure designed to prevent access to a copyrighted work.  Meaning I could write a piece of software to copy DVDs, but it's illegal for me to use it or give it to anyone else.

This seems like it creates some real legal challenges.

Now suppose during the discussion of some number, someone suggests that people tell their computers to interpret that number as an image (create a file, load in the binary form of the number, set the file extension to .jpg or .png, or .gif).  And suppose that the resultant image is illegal as described in the previous section.  Who, if anyone, is legally liable for possessing or sharing this illegal number?

This is a theoretical practice as far as I'm aware, but let's take another step anyway.  MIT hosts a site with the first 1 billion digits of Pi.  The current record for calculating Pi is just over 10 trillion digits (though not posted for viewing).  Surely if pi continues on forever and never repeats it would have to eventually include all illegal numbers.

Suppose someone sets up a website that says start at the 19,995th digit of Pi, take the next 3,021 digits and interpret it as an image or run it as a program.  And again, suppose that interpretation is illegal.  Is anyone at fault?  Should they be?

This is the trouble that occurs when information itself is made illegal.

This referencing is how your computer works though.  You can consider your hard-drive as an incredibly long list of zeros and ones and through some conventions your computer looks at one set of numbers which tells it how to interpret the other numbers (go to the 1,313,163rd bit, take 766,122 bits and treat them as a picture).

So, given an illegal number sitting on your hard-drive, is the number itself illegal, or is it the other numbers elsewhere on the hard-drive that tell the computer how to treat the first number?  Or is it only the pair together that's illegal?

How many steps out do we go before illegal numbers are no longer illegal?  Can I break up the numbers into parts and have people add them back together?  Can I tell you to get X numbers from pi and then use those numbers to look up in pi the illegal number?

Using this superposition idea, I propose the following hypothesis:

A number exists which represents a perfectly innocuous piece of data but when interpreted in another format (e.g., image) is illegal.

What happens if some particularly popular number (e.g., a song in mp3 format) turns out to be the same number that represents something illegal?

In this case, it's only the other numbers on the hard-drive that specify how to interpret the mp3 as either a song or something illegal.  Is it then illegal to suggest to other people to interpret the same number they already have in a different way?

Once you start making information itself illegal to possess or distribute, you start creating some really bizarre corner-cases for the legal system.

(For the technically minded:  For simplicity I'm ignoring the scenario where magic-number headers may be used to suggest file format within the file itself.)

would look like as a picture.  As my parenthetical at the end the post alluded to, it's not quite as simple as I made it sound.
There is this notion of "magic-number" headers.  Which is really just a convention that computer scientists use that says when I want this data to be treated as a BMP file, the very first thing in the file will be the number "16973" which stands for the letters BM.  There are similar magic numbers (or "fingerprints") for many different file formats.  Many programs that know how to open a BMP file, won't even try if the magic number doesn't match.
So by directly dumping Megan's number into a file and trying to open it as various image formats I only got error messages.  So I used the simplest file format with which I'm familiar (pbm) and added the proper magic number (P3) and header (which describes the width and height of the image; I chose both to be 5 arbitrarily).
The resultant number is now

And the image itself is just a smudge.  The pbm format is black and white only, no grey.  And I've blown the image up to 65x65 pixels so you could actually see something (remember it was only 5x5 to start with):

I did not change anything about the number Megan provided, I simply added the necessary information that tells the computer how to interpret that number into an image.

If I change that interpretation to expect a very simple color image (a PPM file with magic number P6, 4x4 pixels with only 8 possible colors) then the image looks like this (blown up to 64x64 pixels):

Most of the image is white, so you can't really see it against the white background.