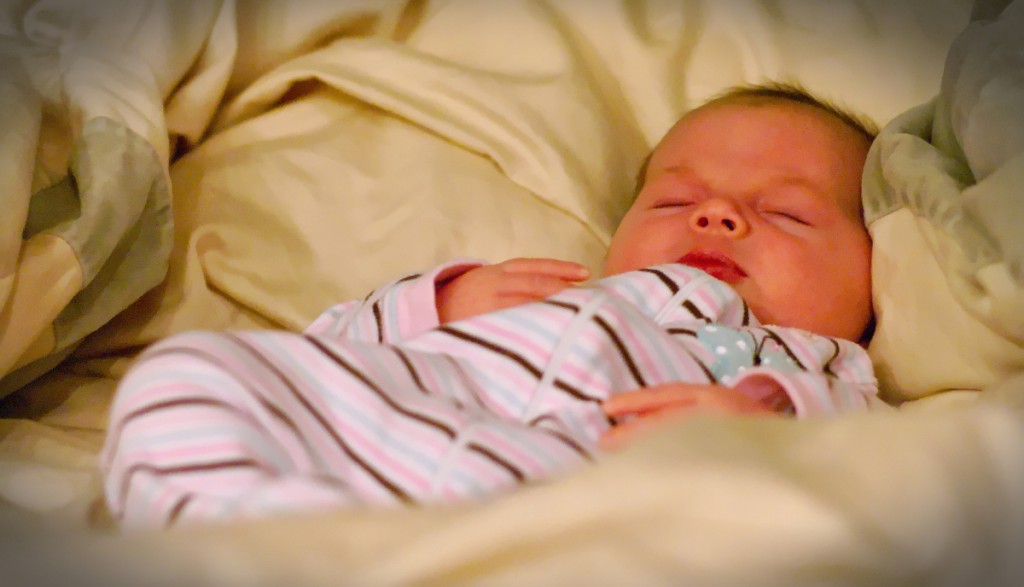 We did Corinne's baby blessing on April 19th. Jess' parents, Steve and Connie, came to visit for a week and her brother, Christopher, and his son, Miles, also came by for the weekend. 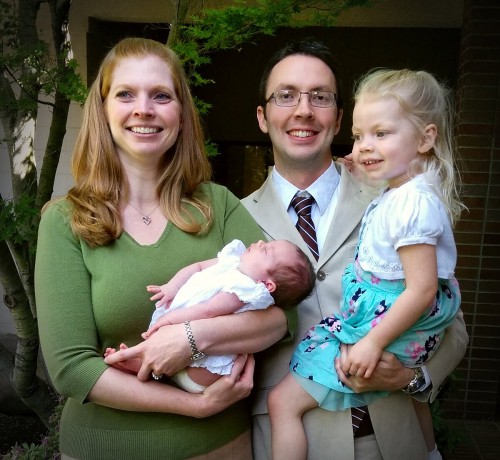 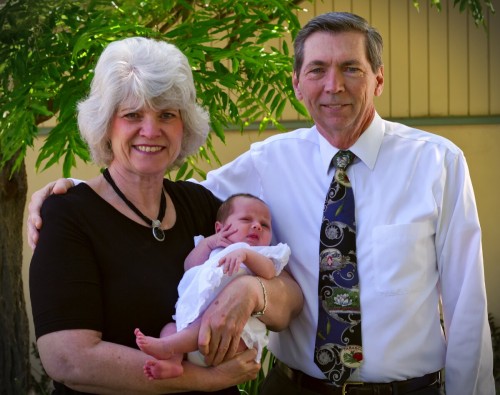 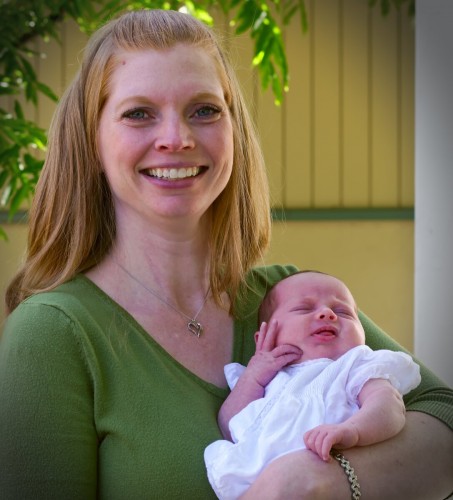 Corinne really likes to be held. If she's being held she'll sleep just fine. If you set her down she starts to fuss pretty quickly usually. When Heather was an infant she slept best when it was cold. Corinne seems to definitely be the opposite.

Mom was here helping with Corinne for a few weeks and she happened to be here over Easter. She helped Heather dye some eggs and made sugar cookies and cooked Easter dinner. Thanks Mom! 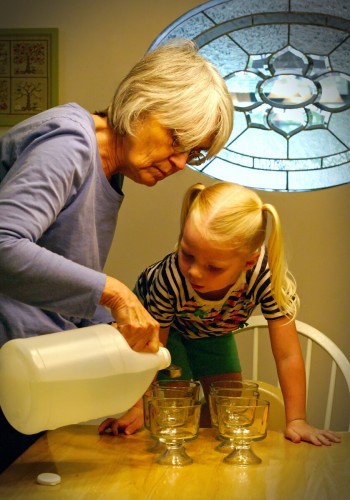 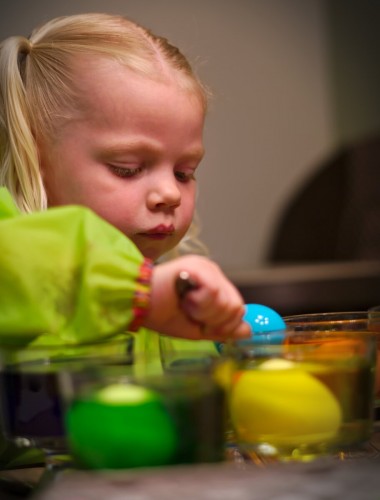 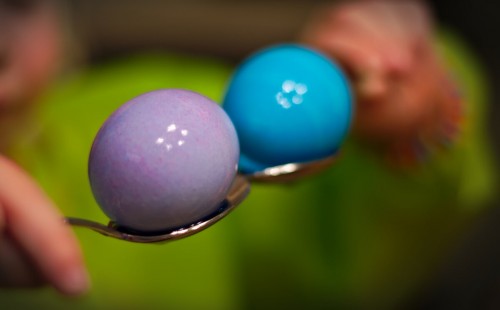 The Easter Bunny paid us a visit but just when Heather discovered what had happened it started raining.  And it rained right up until we finished finding eggs and came back inside, so that was really convenient.  Heather didn't care though and it wasn't too cold regardless. 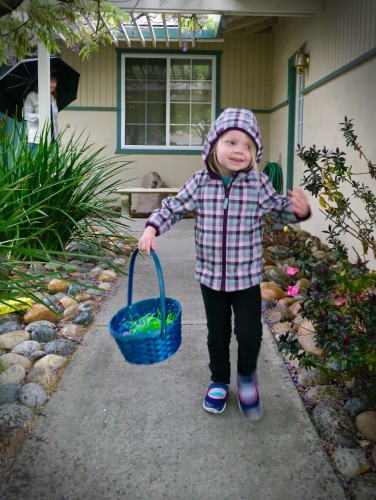 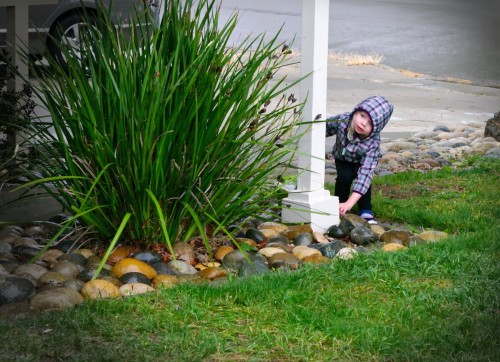 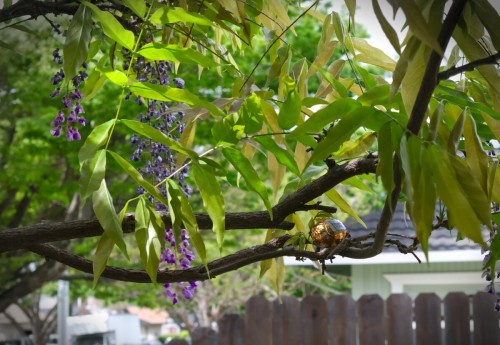 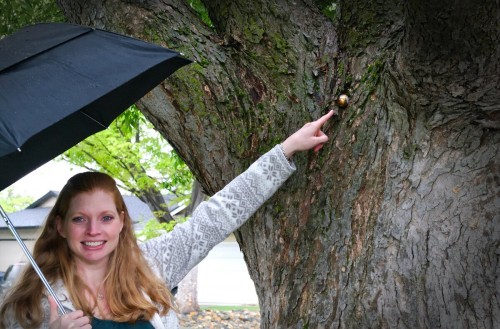 They found almost everything, but got stuck on the final egg. 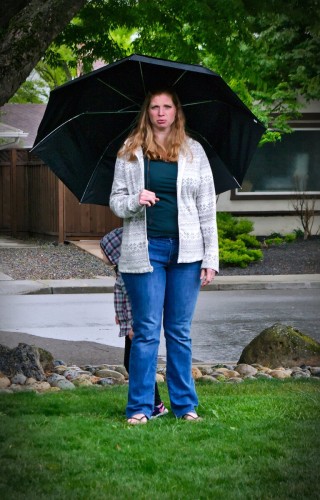 And some additional photos:

Heather's been feeling a little uneasy about the new family organization.  So on April 1st I took the day off and we went down to the Tech Museum in San Jose for which Mike and Tina gave us a gift certificate for Christmas.

Heather had a blast.

We started with the requisite Chick-Fil-A, since one was in the area.  As we pulled in to the parking lot Heather began exclaiming, "I love Chick-Fil-A.  We're so close I can almost taste it!"  And as soon as we walked in, "This is the best day ever!" 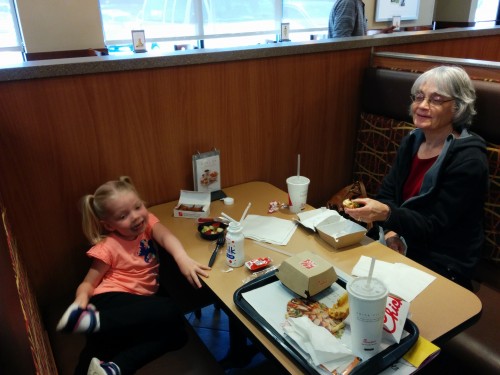 So the trip started off good.

At the Tech Museum she liked playing with the infrared camera: 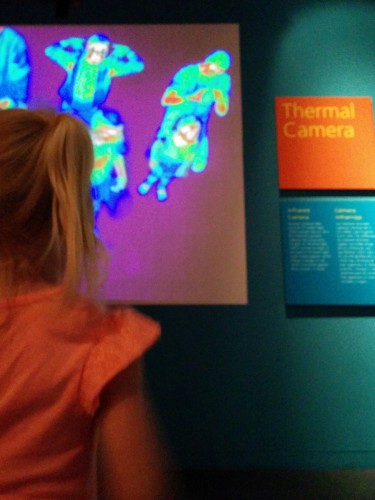 And anything she could put her hands on, which was pretty much everything: 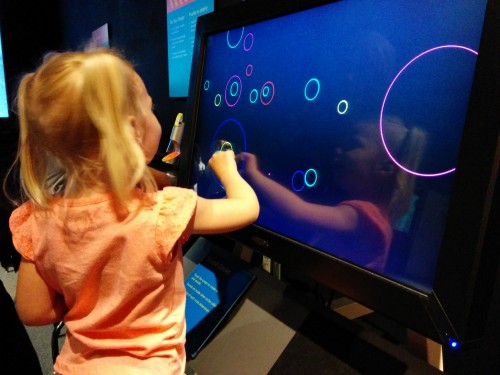 The downside of the visit was that the place was crawling with school groups with little to no supervision.  Nothing particularly bad, but every exhibit was therefore swamped and trying to get a chance to play with it was difficult at times.  But, after about 2:30 when all the school groups left it was quite nice.  Heather got a chance to have the robot artist draw her picture:

And the spelling robot wrote her name in blocks:

It was fun. We'll have to go back sometime.

Heather wanted to make a mask this morning.  Here's what she came up with.  She even took a self-portrait with her tablet. 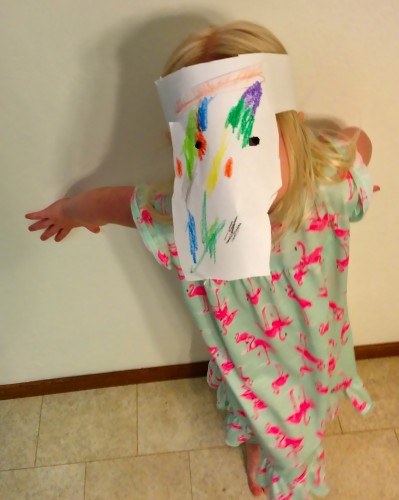 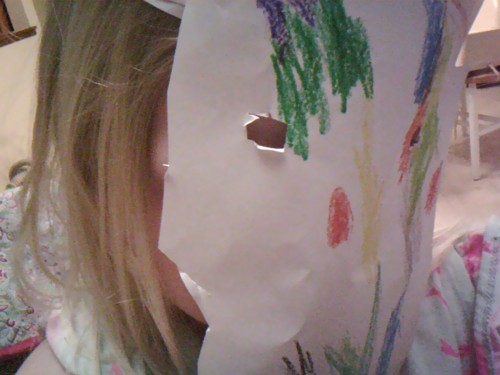