Heather's been walking more and more over the last few weeks.  And we finally got around to capturing it in a video.  This is probably about an average distance for her to walk nowadays, but she's a bit more unstable than usual.

Heather is one year old! I can't believe it. She has grown and changed so much in the last 12 months, but it seems to have gone by so quickly.

She is currently obsessed with picking up multiple things at once. She's really good at grabbing two or three of her links in one hand, and it makes her very happy. She'll try it with pretty much anything, though.

She can point to Mama and Daddy, though she's not saying anything yet. And she knows more objects, too—if you ask her where certain of her toys are (Mousey or Penguin, mostly), she'll crawl to them and pick them up. And then hold them up in triumph! Heather loves both those stuffed animals; she'll hold them close and snuggle them. It's too cute.

She's just starting to stand independently, but usually only for a few seconds. Oh, and she'll fold her arms for prayers! It's awesome, but only lasts a second or two.

At Heather's 12-month checkup, she weighed 19 lbs 4.1 oz, which the doctor said is her best growth so far. Yay for chunking her up a bit! And she's 30" long—time for a new carseat. Guess we should have known she'd outgrow her infant seat in length long before weight.

Kyle and I both love our little bear so much. She has certainly changed our lives in this last year, and we look forward to whatever this next year with her will bring!

And now, some pictures from her birthday. Enjoy!

Our Christmas lights are up! 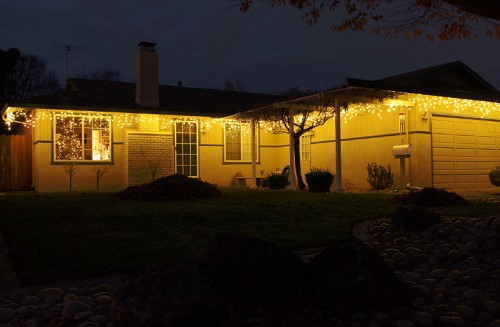 And I made the wreath myself with the leftover pieces from our tree: 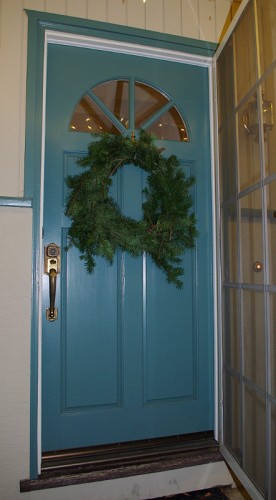 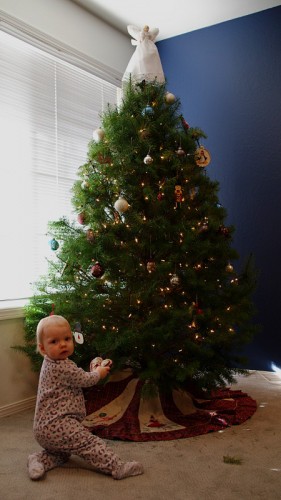 And we have somewhere to hang our stockings: 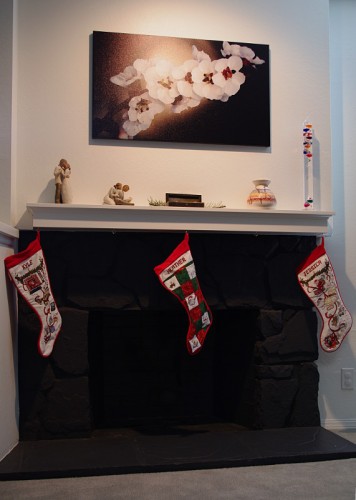 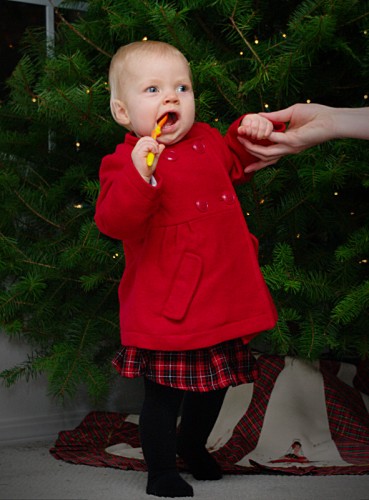 It was pouring out this morning, so it seemed like a good day for Heather to wear her red pea coat.  Adorable!