Not long after we got married, I realized that Kyle had much cooler socks than me. Not that they're anything terribly exciting, just white athletic socks, but they're lower cut than mine AND HAVE STARS ON THE TOES. So I started wearing his socks.

Of course, I couldn't always wear them because while he had plenty of socks for one person, there were not quite enough for two. But I pretty much always wore his socks.

Then, before we went to San Diego, Kyle realized that his socks were getting kinda worn out. So he bought more. He managed to find 3 packages of star-toed socks! I was/am so stoked about this. Now we have 18 pairs, which is plenty for both of us, and I get to have stars on my toes every day! Bwahahahaha...

I looked for pictures of these socks online, but I couldn't find them (I think they've been discontinued). They're made by Converse, though, so if you know they're logo, you're most of the way there.

Kyle and I had dentist appointments on Friday. Well, I've been very good at flossing for the last several months, so I figured I would be okay. And I was...sort of. The dentist said everything looks good and there was really very little buildup on my teeth. Awesome. And yet, that cleaning was so painful! I am told this can be blamed on the baby. When you're pregnant, your gums get inflamed and bleed easily (and it hurts to have things poked all around them!). But it's also super important to take care of your gums during pregnancy because gum disease can lead to things like preterm labor and low birth weight. So I get to go back in 4 months and do it again! And it's going to hurt even worse! Argh.

In other news, Kyle's teeth are "fantastic." He's rather proud of this. 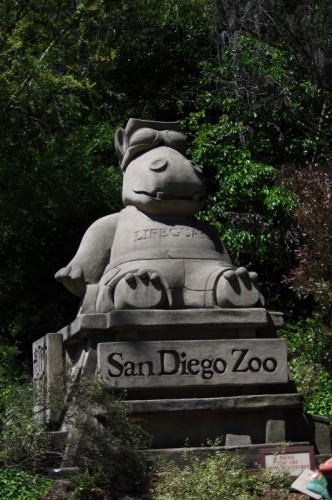 Saturday was slotted for a visit to the San Diego Zoo. We were all exhausted from Friday, though, so we slept in and didn't leave until about 10:30 am. Things to know about the San Diego Zoo: it's (1) massive and (2) very very hilly. Also, it was again very warm and sunny. Fortunately, my family was very patient with my need to sit down and rest...or go to the bathroom...fairly frequently. And we had sunscreen and water again (plus snacks this time!), so it worked out. Oh, and thanks, Kyle, for making me get new tennis shoes before we went. That also helped a lot.

The first thing we did was to ride the Skyfari out to the other end of the zoo. It was super nice and breezy and cool up there, and there was a great view! 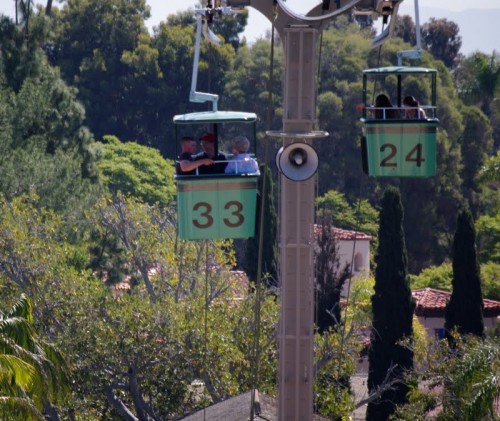 And now, a bunch of my favorite animals (with comments as I see fit): 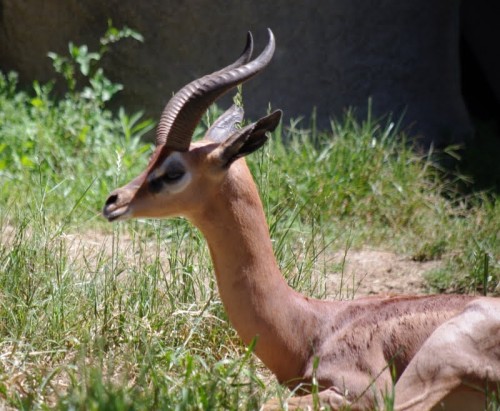 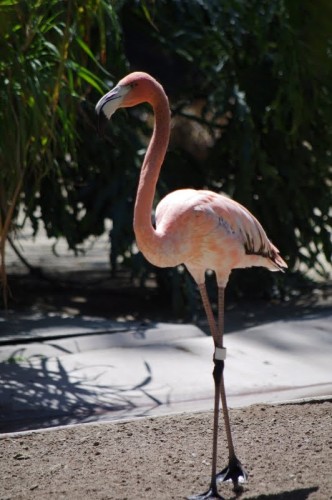 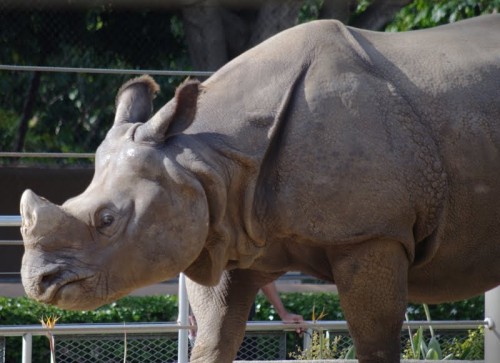 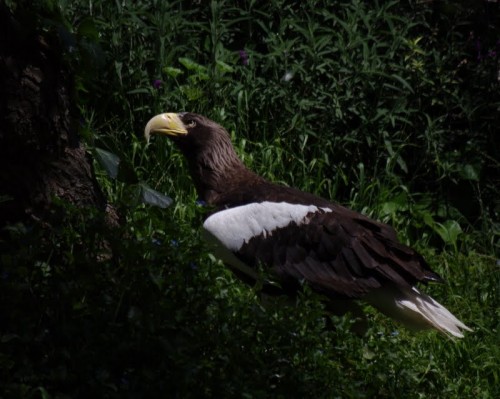 Colton and me with the statue of an extinct (and very large) bird: 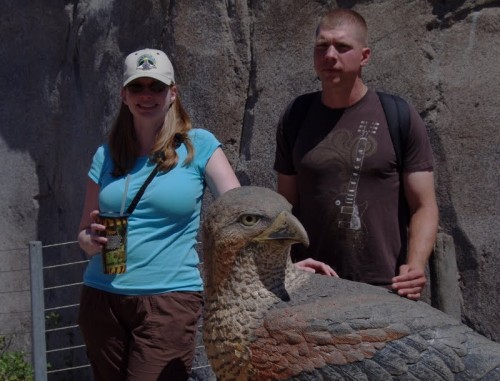 Okay, the panda baby was super cute! He was just laying back, half covered by this huge pile of bamboo, chowing down. Adorable. 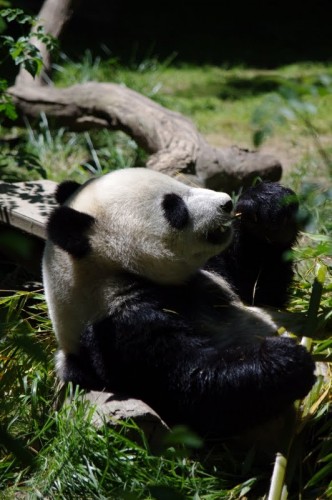 This orangutan was just sitting there, calmly pulling up grass and eating it. Nom nom nom. 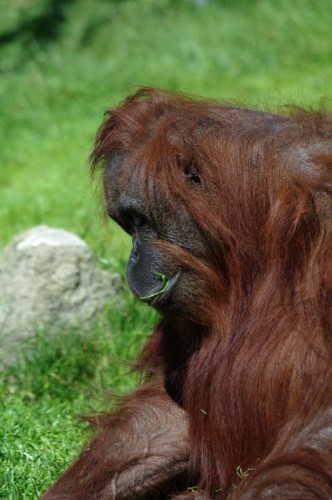 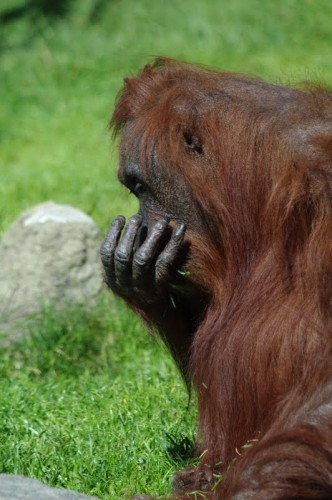 This peacock wasn't in an exhibit, just up a tree. And making quite a racket! 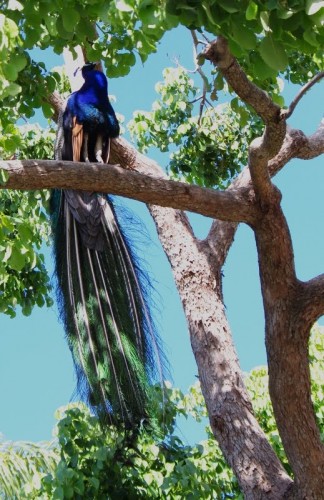 Koala bears are [adjective that doesn't include "super cute" or "adorable," since that's how I described the panda baby]! Look at the sleeping one! How does that look so comfy? Awwww... 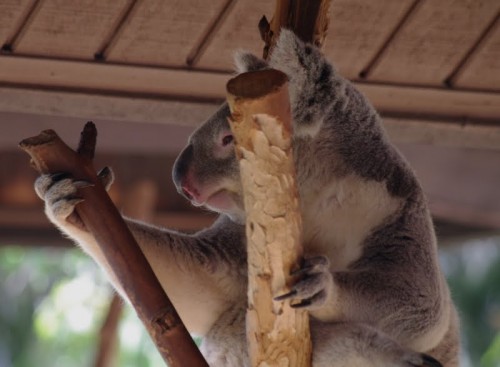 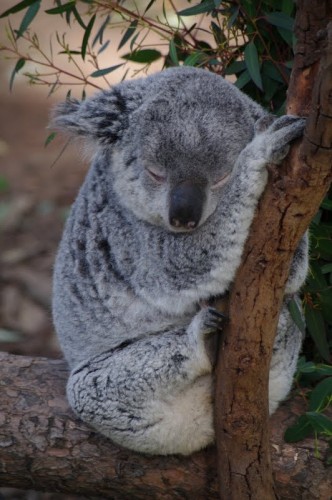 This kangaroo was so sad. He didn't hop at all, just leaned forward onto his hands, then hunched his tail and rear end up behind him to slide his feet along. We don't know if he was arthritic or old or just tired, but it looked sad. But who knows; all the others were asleep, so mebbe this is normal? 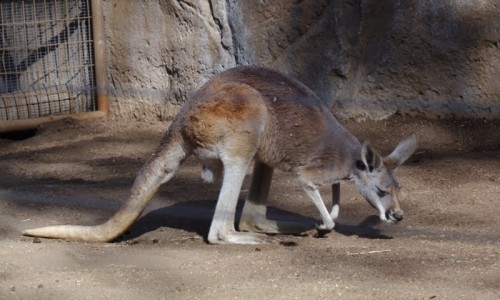 I really liked the giraffes. And this baby was [other "cute" adjective]! 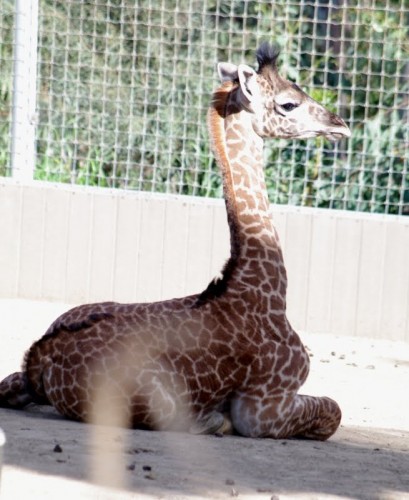 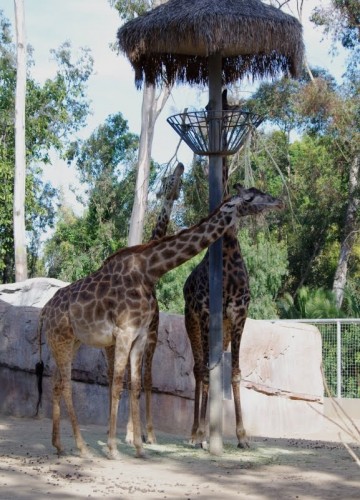 That was basically our day. It was really long and sunny, but we had a lot of fun.

Oh yeah, we went to In-N-Out for dinner because Colton had heard good things and wanted to try it. That was the end of our day. Mom, Dad, and Colton flew back to Dallas on Sunday, and we drove back up here. The end. 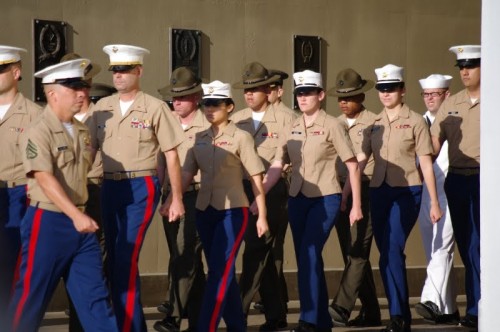 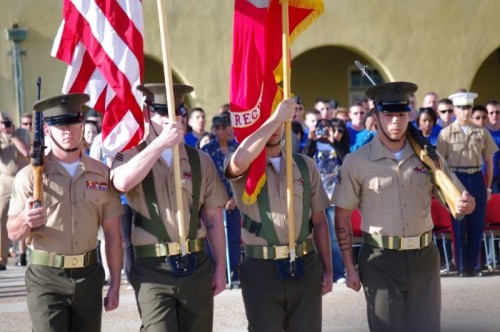 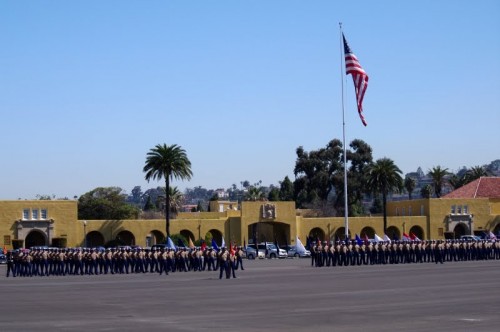 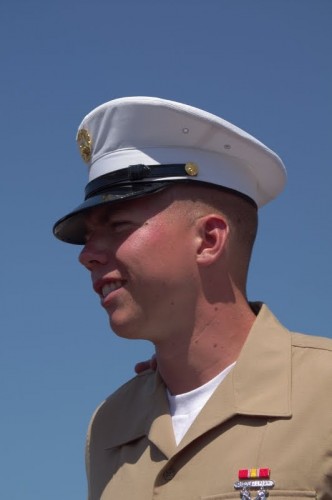 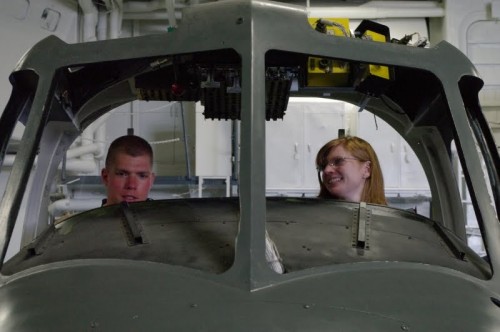 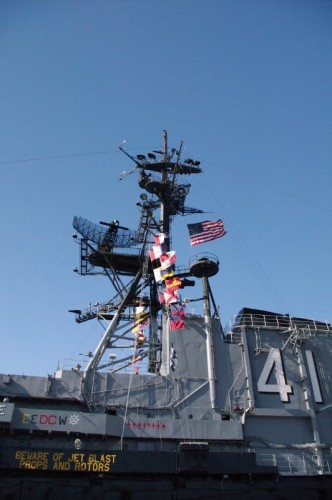 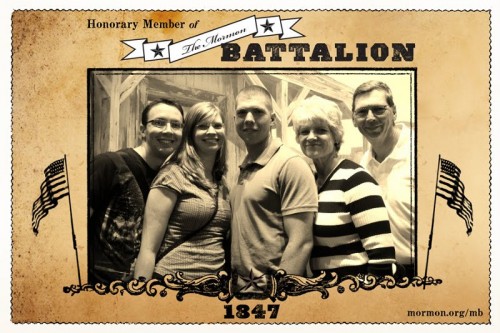 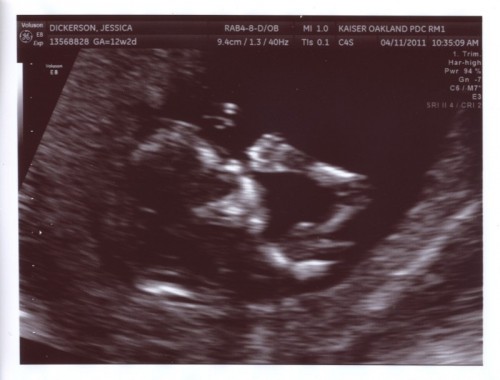 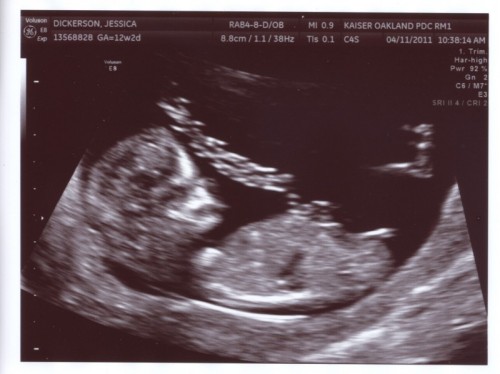