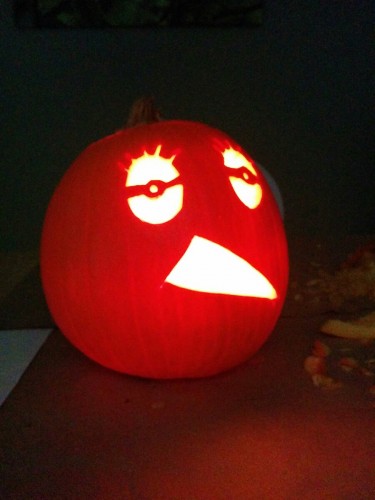 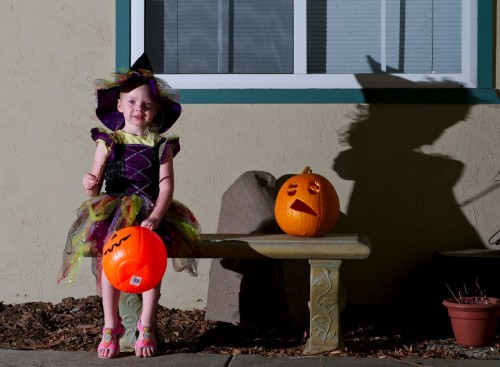 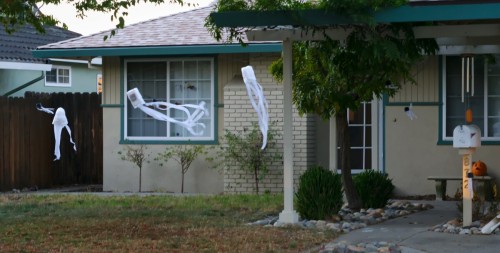 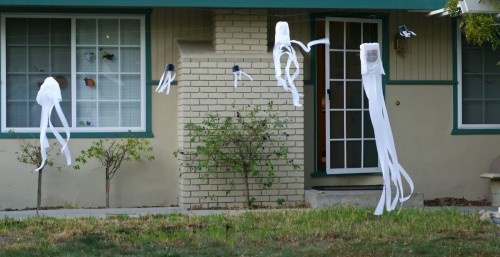 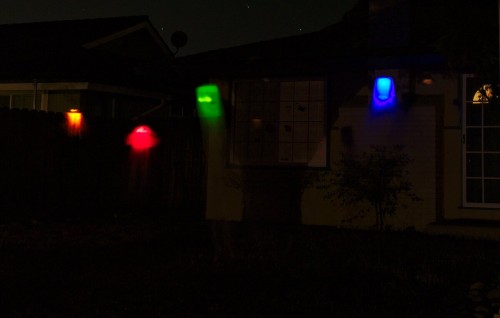 Heather turned four this year.  But not without some Heather-style anxiety.  In the days leading up to her birthday she would occasionally have little meltdowns about not wanting to get older.  She liked being three and didn't want to get bigger or do different things.  We assured her that it was not an instantaneous event--She would still get to go to pre-school, dance class, and gymnastics.  That seemed to help her calm down.

She had a party on Saturday with friends from church.  They painted pictures, ran around the house like loons, and ate cupcakes.  It was a blast. 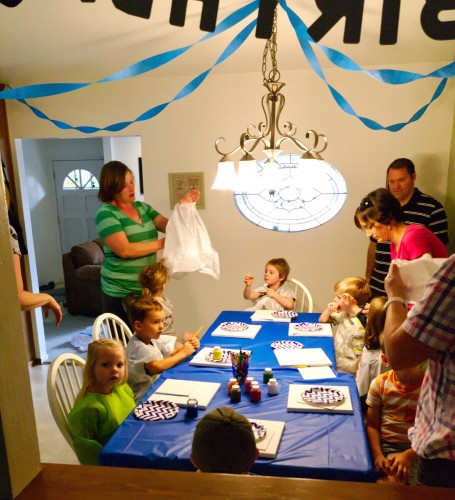 Over the weekend Heather started asking if we could play "miniature ball" by which she meant miniature golf.  So we did that Monday evening.  She's never played before and we're not sure where she even got the idea from.  She was really excited though.  When I got home from work she just about tackled me. 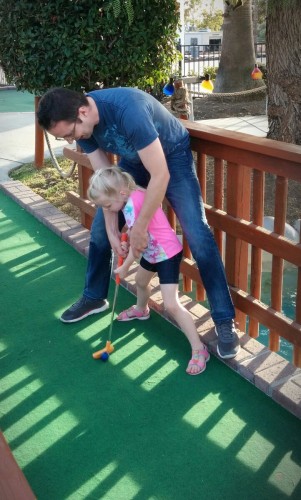 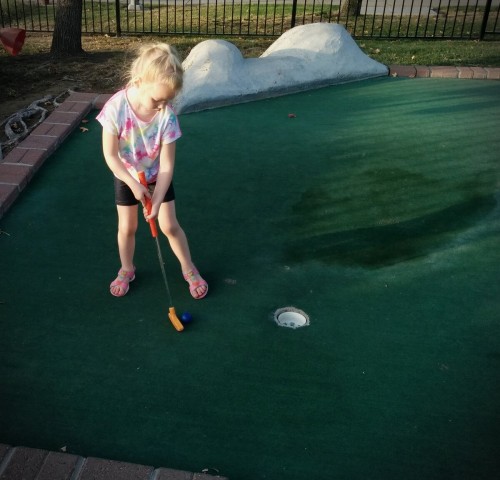 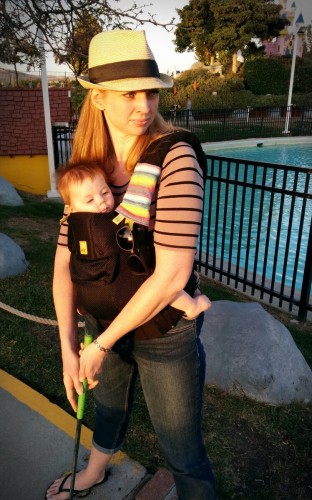 But by the 18th hole she just wanted to be done: 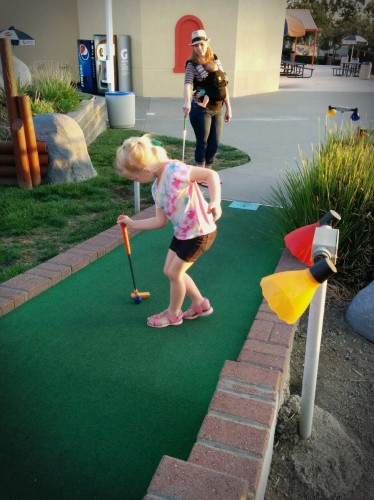 I had a great game.  I averaged 2.66 strokes per hole on 18 holes and my worst hole was only 4 strokes!  On the way to the parking lot I asked Heather how it was.  I told her, "I had a great game; probably my greatest game!"  She responded, "I had a boring game; probably the boringest game."  I think she had fun overall, but she was definitely ready to be be done.  She burned through most of her energy being excited all day.

On her birthday I made a treasure hunt for her to find her presents.  Mom would do this for us every so often growing up and I thought Heather would really enjoy it.  She thought it was amazing.

I compiled a video of the footage Jess took of the treasure hunt. It's at the end of the post if you're interested.  I was able to trim it down to 7.5 minutes, which I realize is still quite some time to watch a video, but it's still pretty great.

We did the treasure hunt and opened presents during lunch so Heather would have the afternoon to play with gifts.  Jess convinced me that this was a better plan than waiting until having cake after dinner then opening presents and immediately trying to send Heather to bed.

We had dinner at the Ale House (or, as Heather prefers to call it, the Ollie House).  It's Heather's favorite restaurant.  They apparently have the best mini corn dogs, fruit, and milk dinner in town.  Then it was back home for cake, colored blue per Heather's request. 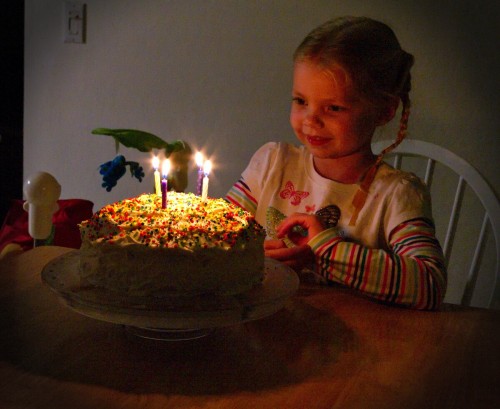 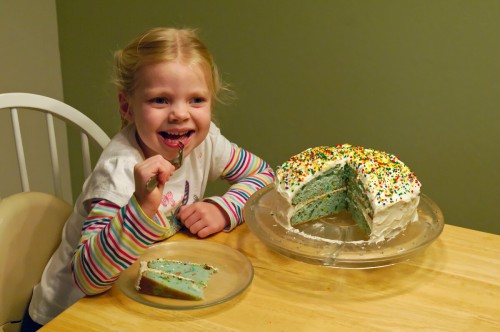 Overall I think she had a great day.

And now the Treasure Hunt video:

And a direct link if you want/need to download it to view it: Heather's Treasure Hunt 2015 (right-click, save link as...).

Wanted some more practice with my lighting equipment and Corinne turning 7 months old seemed like a good excuse.

This one is our favorite of the bunch because of Corinne's face. Sadly it was one of the first I took and it's overexposed on the side of her face. 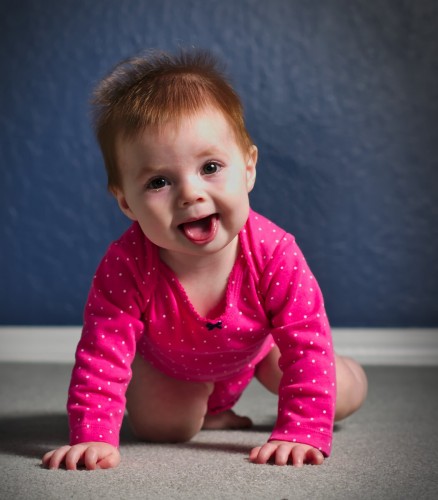 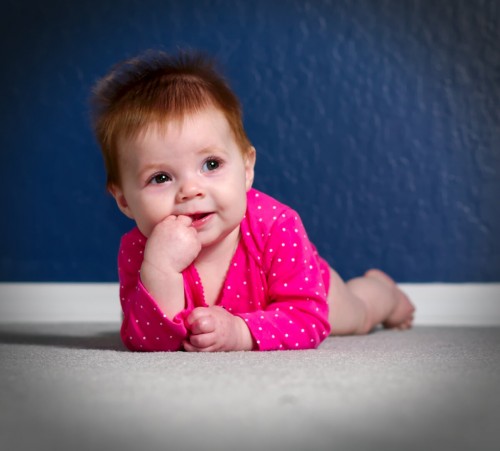 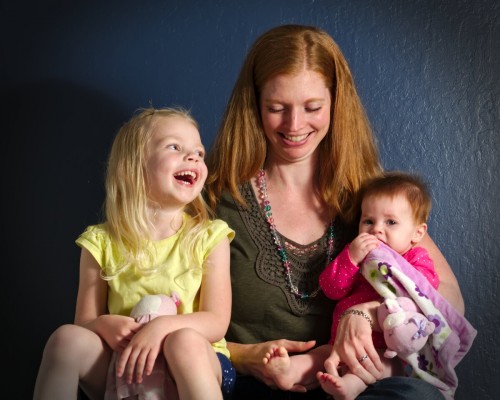 Grails 3 introduced a new Events API based on Reactor.  Unfortunately, as far as I can tell, HttpSessionEvents are not natively part of the Grails 3 Events system.  Bringing them in to the fold, however, is pretty easy.  I based this off of Oliver Wahlen's immensely helpful blog post about sending the HttpSessionEvents to a Grails service.

First, let's create our Spring HttpSessionServletListener.  Create this file somewhere in the /src/ path where Grails will find it:

Now register the HttpSessionServletListener as a Spring Bean.  If you don't already have a resources.groovy file, create one and add the following.

Now you are all set to listen for the "example:httpSessionCreated" and "example:httpSessionDestroyed" events using the Grails 3 Events API.  "Example" is the namespace of the event, which in my real code I set to the last part of the package name, so I made it match the package name of "example".  Just use something so you don't have to worry about naming collisions.

Here's an example of listening for the events in a standard Grails Controller.  Note that the event handlers are attached after construction, and before the Controller bean is made available, by using the PostConstruct annotation.