The way home took us right past Four Corners.  So we stopped and took some pictures.  It's pretty much as you might expect; some lines on the ground to mark the borders of the four states. 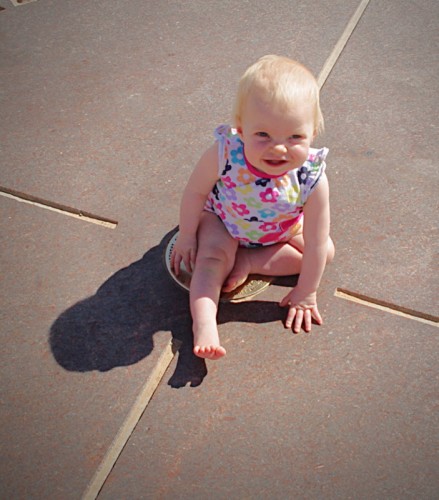 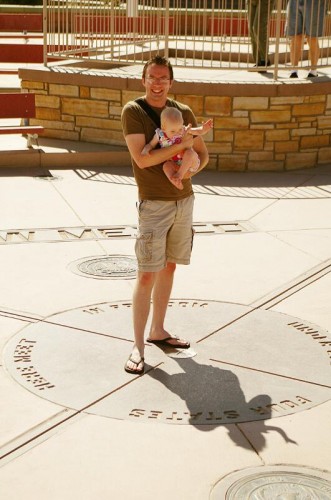 It was a nice break from driving, but then it was onward to Grand Canyon National Park.  We would have been driving right near the park and decided we might as well drive through and stop at some lookouts. 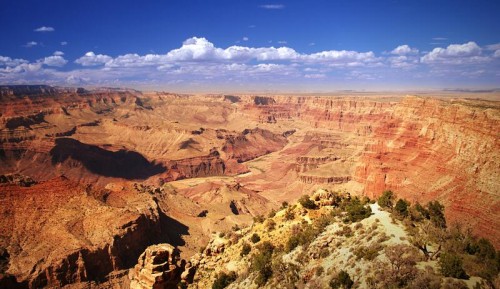 This view is from the Desert View Watchtower.  Below is the inside of the watchtower.

Here's another view from a different lookout. 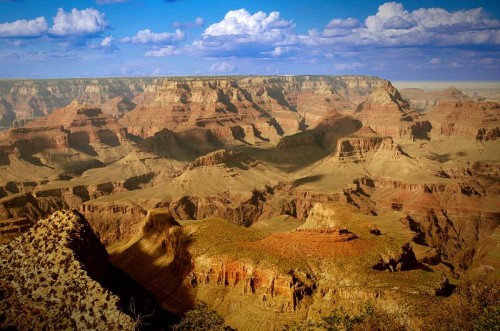 After we drove through the park our adventures were over and it was time to get home.  From the Grand Canyon we drove to Needles, CA just inside the Arizona border.  We stayed the night in Needles and the next day, Friday, September 7, we finished our driving and returned to Livermore.

The trip had a lot of driving, but we were able to see lots of friends and family and sites that would not have been possible with other forms of travel.  And as a bonus we never had to stand in line waiting to be scanned or groped.