We went to the California State Fair on Saturday. It's in Sacramento, so it was about a 1.5 hour drive away. But we had nothing else going on and somehow Jess has managed to never go to a state fair like thing ever. So we had to remedy that.

We went up in the evening once it was starting to cool down for the day. We're still learning how the weather out here works and so far have concluded that we're no good at predicting how it will go. Sometimes the sun sets and the temperature drops 20 degrees instantly (like when we went to the play last month), and sometimes the sun sets and the temperature barely changes (like at the fair). We had changed into pants and I carried around our jackets the whole time thinking it would get chilly. It didn't.

Sadly we forgot to bring a camera and by the time I remembered that we needed pictures we were already half-way done. So all I have are a handful of cell-phone pictures.

First thing we did was buy cotton candy, a requirement for Jess anytime such a possibility presents itself. Then we wandered through some of the buildings to learn about all the fabulous crap that we never knew we needed (the life-blood of any state fair). Upon leaving one of the buildings we ended up on "the farm". We went into the Insect Experience where we saw all sorts of gross things like gimongous moths and butterflies, hissing cockroaches, crazy stick bugs, and other such wonders. After seeing enough of that we went and visited the Kiwi vines (Kiwis grow on vines, who knew?). Then we rested our feet and watched them show off some of the horses.

By this time we were starting to get hungry and began questing for further fair-food. A funnel cake was a must, as always. It wasn't great, but I think that just keeps up the carny-tradition of low quality food for five times the price anyone would reasonably pay. Not wanting to leave without the full experience of this motto we got some low quality French fries. With a large helping of ketchup we were able to finish those off.

Being filled with grease we were ready to head in to the Garden of MAGnificent Proportions (their capitalization). Here's were I took some pictures:
Whose life is complete without a giant snail, giant frog, and giant radish and shovel? 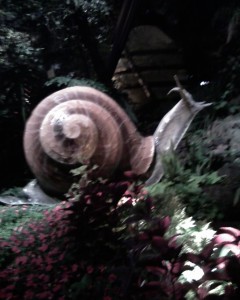 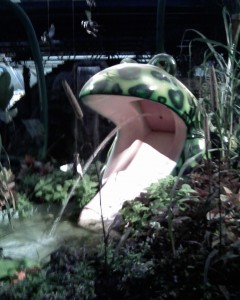 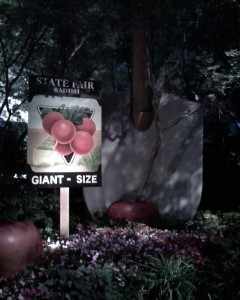 We then wandered through the art exhibits and then my feet were ready to fall off. So we went and took a ride of the giant swings before heading home: 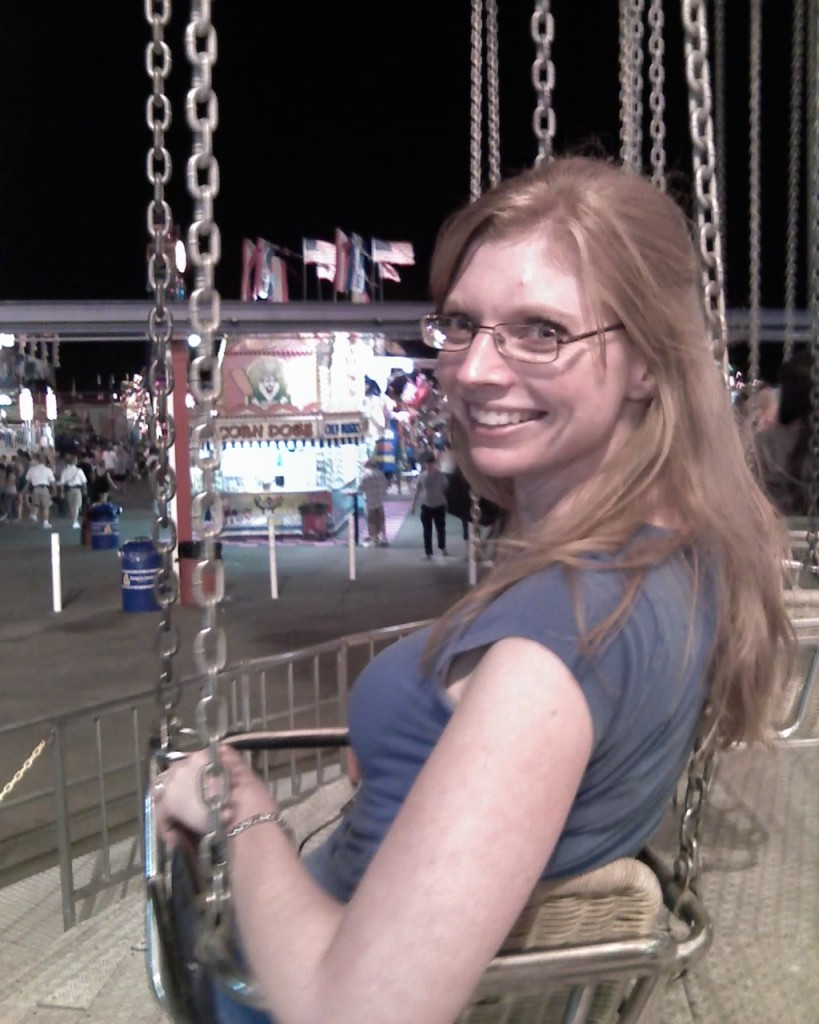 I was going to try to take a picture while we were actually swinging, but they got us going at a pretty good speed and I didn't want to watch my phone shatter into a million pieces.

That ends our trip to the California State Fair. It is gigantic. It seems vastly larger than the Utah State Fair and even the Big-E, and I hear that this year's was smaller due to the financial problems, so normally it must be huge.