Our goal, way back in Spring, was to replace the exterior doors on the house (and finally get rid of the door-knocker with the previous owner's name on it).  That snowballed in to also replacing the exterior lights and getting the house painted.  It took months longer than planned, but it's finally done. 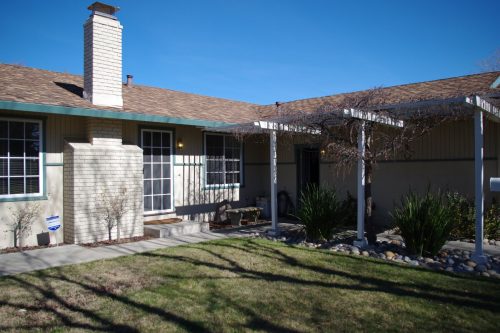 After (recall that the roof was replaced a few years ago, which is why it has changed color between pictures as well):

I really wanted to get the paint removed from the chimney to get the plain brick back, but that's apparently a task no one is willing to do, so it got painted with the new color too.

The front door before: 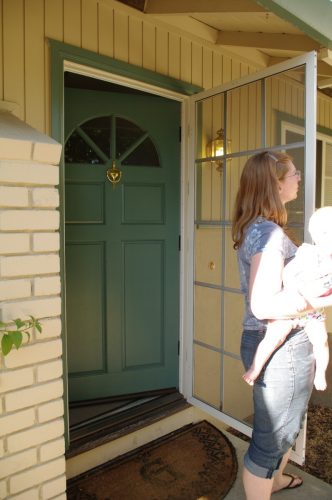 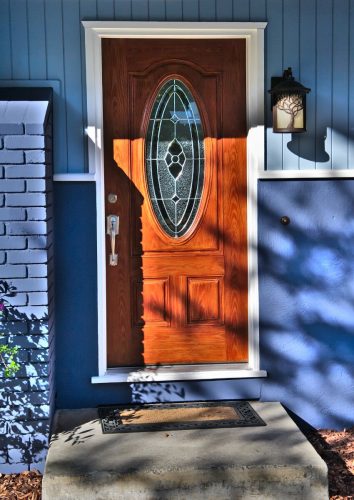 And the garage door that took forever to get right: 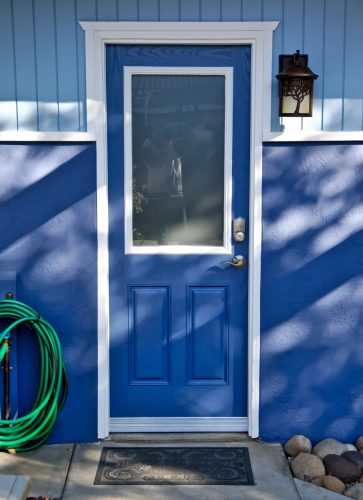 I was going to spend the time to type out the incredibly long, frustrating story of this process, but I don't feel like going over the entire thing again.  So here's the short version.

We ordered the doors in May.  They were installed in July.  Then we had them stained / painted and I discovered the garage door was manufactured wrong (the lock block was missing, so where the hardware attaches was just fiberglass over foam).  So then we needed to wait another 5 weeks for a replacement to be made.  7 weeks later the new door is ready and someone from the manufacturer came and swapped the slab and moved the window from the old door to the new door.  Then we needed the original installer to come back because the door was hitting the frame and the deadbolt wasn't lined up properly.  After several visits from the installer, it's done.

The house got painted and the doors got stained which went mostly smoothly.  But when I went to install the new lights I discovered that none of the lights on the front of the house were installed on junction boxes, so we had to get 4 of those installed.  But it got done and the lights got installed (and look awesome!).

I'm leaving out a lot of annoyances involving the door trim, the sweep on the garage door, and myriad other things that took much more effort than should have been necessary to get right.  It's finally done.

Unfortunately, we had to take down the wisteria.  It was rotten through the core with borers living inside so it was going to die soon anyway.  This way we got it down and got the rotten support structure down so the remaining wood could be repainted.  We'll see if it starts growing again in the Spring (which it might, but not likely).  Then we'll decide what to do about with it.