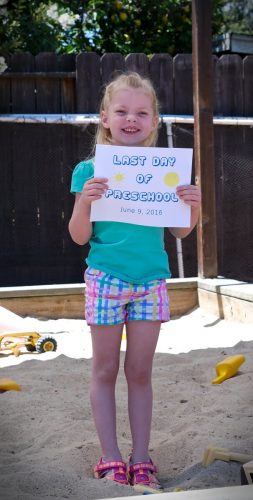 Today was Heather's last day of preschool.  They had a potluck lunch and little certificates.  The teachers wrote down one memorable thing about each kid as part of their certificates. 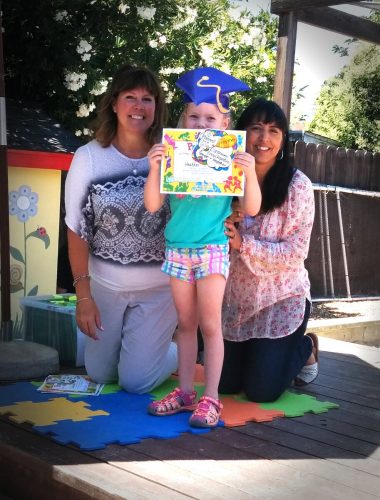 If you can't quite read it, Heather's says: "Classroom Encyclopedia, Google = Heather."  She's a learner.  She loves learning about everything she can.  Her favorite shows are still The Magic School Bus, Wild Kratts, Octonauts, Daniel Tiger's Neighborhood, Sesame Street, and others.  She watched Planet Earth with us and was super excited about the animals she recognized from the other shows (e.g., whale shark and vampire squid).  She can pick up and read pretty much any children's book these days.  It's still hard work for her, but she can do it.  She's constantly asking questions about things and asking for explanations.  Her standard procedure is to ask Jess, if Jess doesn't know, she'll ask me, and if I don't know, she'll say, "Just ask Google."

She's developing a concerningly comfortable relationship with Google as a fount of all knowledge.  By which I mean, she'll ask questions like, "What did I eat for breakfast last week?"  And when we say we don't know she'll tell us, "Just ask Google; it will know."  We've tried to explain that Google doesn't work that way, but she doesn't seem to believe it.  Google knows everything.

Anyway, she had a great year.  She loved preschool.  She was sad anytime she had to miss a day because she wouldn't be learning the things everyone else was that day.  This fall she'll start TK (Transitional Kindergarten) for which she is excited.  At least one of the kids from preschool will be in her TK  class next year, so it won't be all strangers.