We were watching some West Wing last night while eating dinner. Jess got up and walked to the kitchen. I was still sitting on the couch when it felt like someone had walked into the end of the couch—a definitive bump, and small, but noticeable, jostling. I thought it was weird and mentioned it to Jess. She said something along the lines of me being crazy. Well, this morning I happened to overhear something about an earthquake. Turns out that at 8:30 p.m. last night (which would have been right around when the couch event occurred) there was a magnitude 3.7 earthquake right next door in Pleasanton. According to the Contra Costa Times people reported feeling the earthquake up to 60 miles away. Since we are less than 10 miles from the epicenter, I don't think it is unreasonable to assume that what occurred last night was the earthquake. 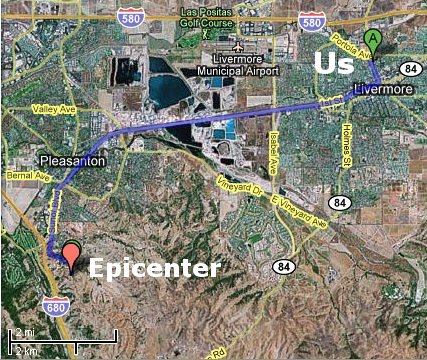 One thought on “FYI: I Did”