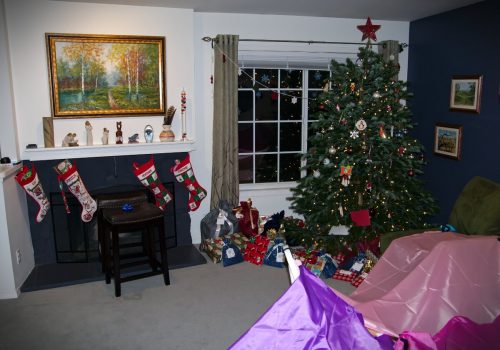 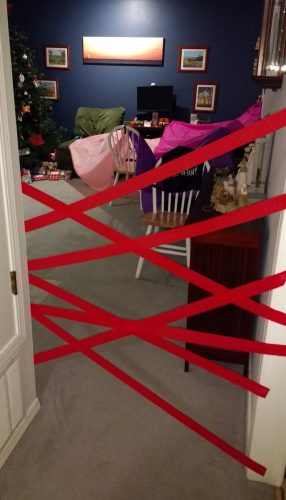 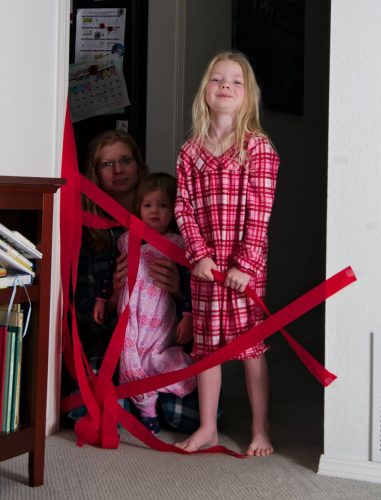 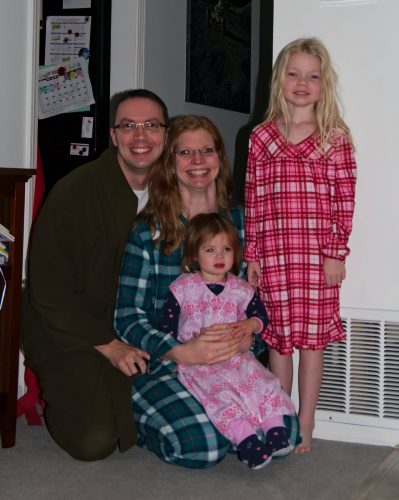 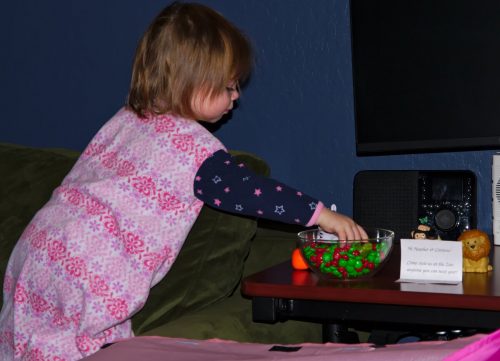 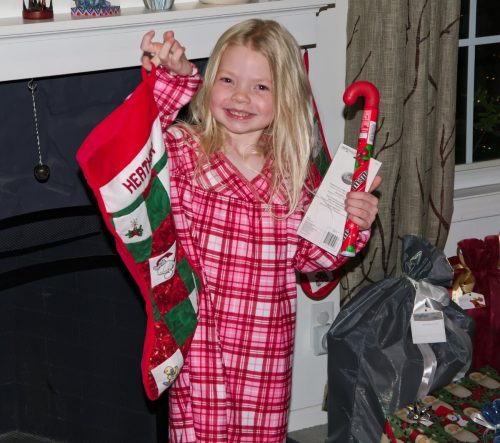 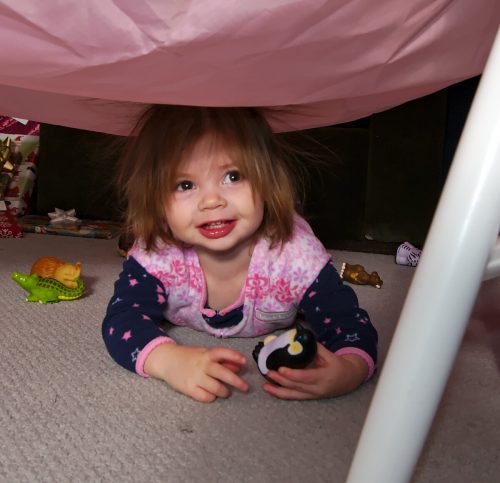 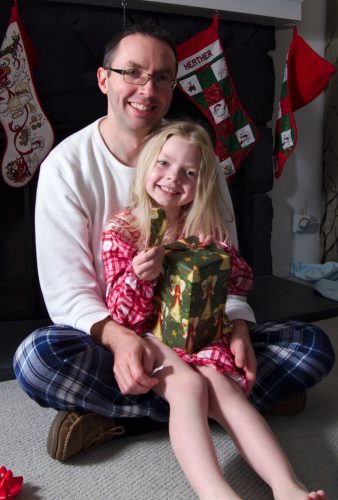 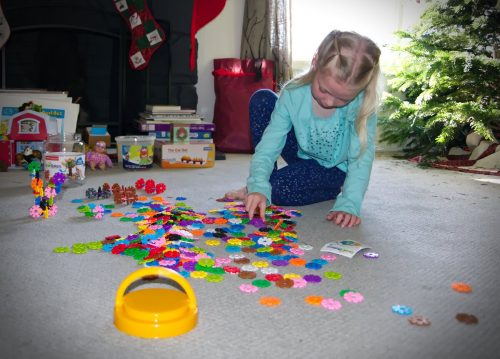 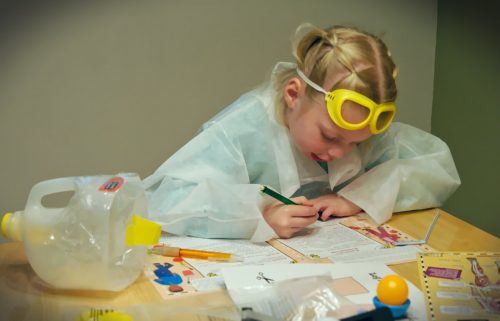 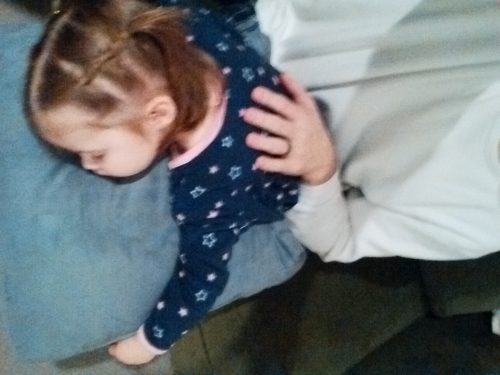 Heather's TK class had a special evening program where they sang songs telling the story of the gingerbread man.  Then at the end they had a bonus dance number. 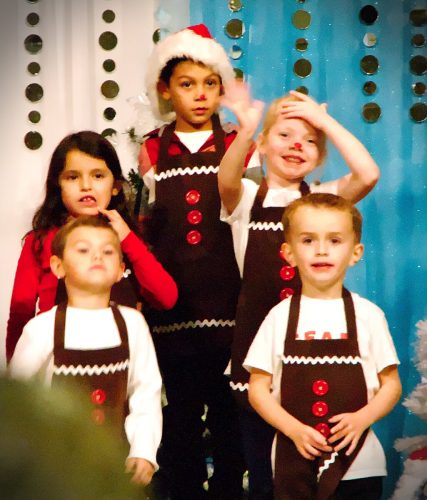 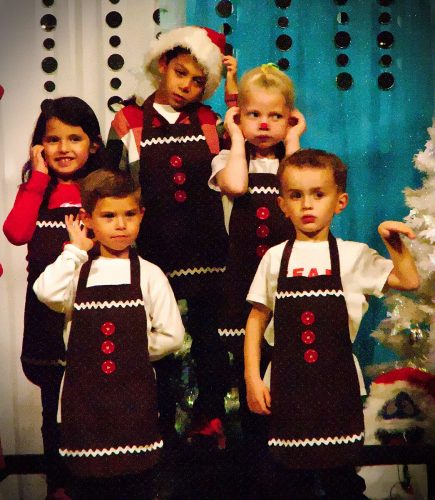 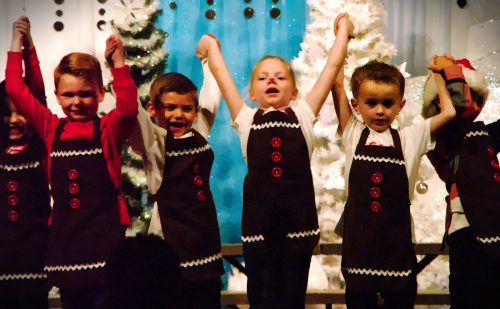 The dance video (or download using this link: IMGP7445s):

Thanksgiving this year was just us at home.

I made roll dough the day before so it just needed to be shaped and let rise. 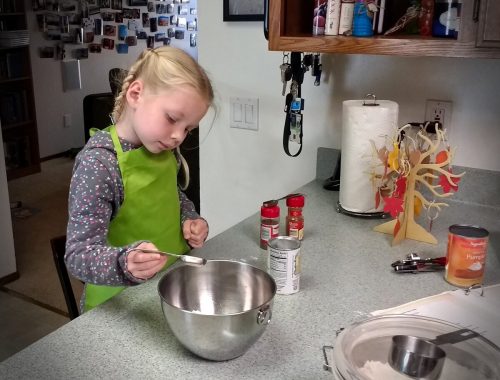 Then we went outside so she could ride her bike for a bit: 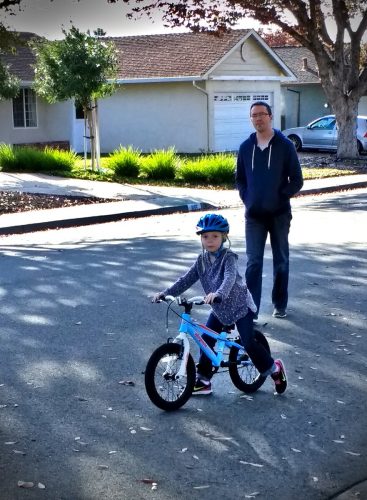 And then it was dinner time.  Turkey, rolls, green-bean casserole, mashed potatoes, gravy, corn, and pies (of course). 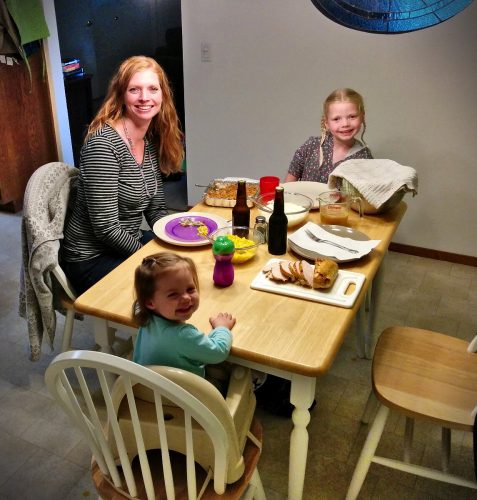 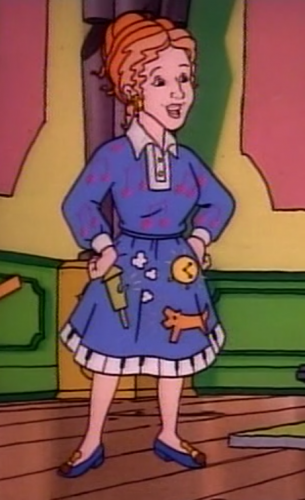 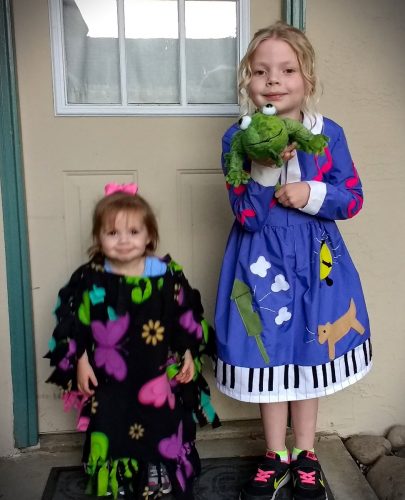 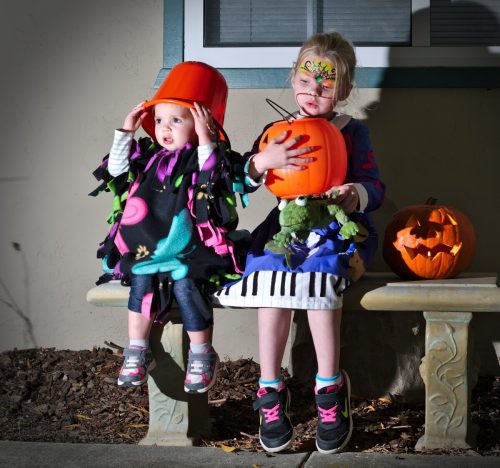 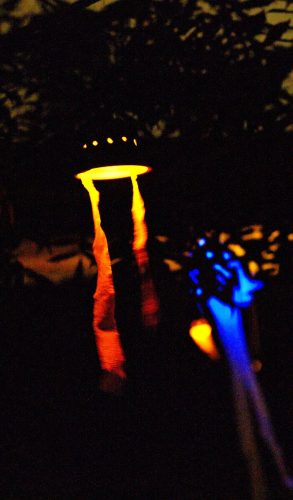 This was Heather's first year celebrating a birthday around a school schedule.  So when I got home from work we opened presents. 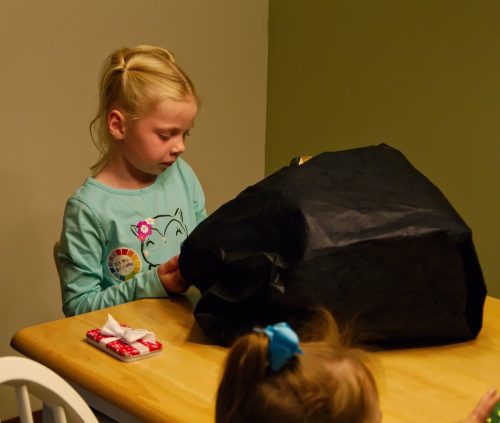 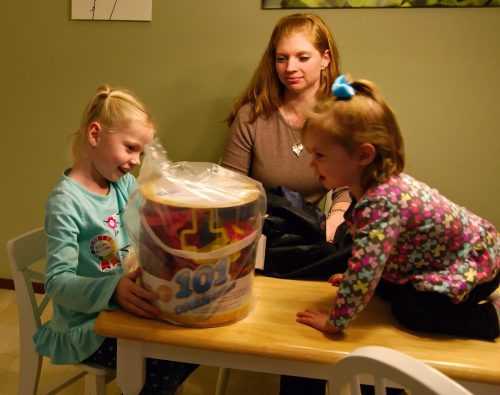 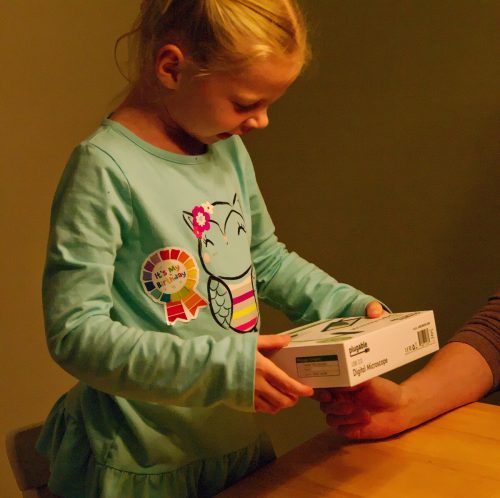 The USB microscope camera is a hit.  Fabrics are pretty interesting to look at.  I found some kind of animal bone in the parking lot at work that we still need to look at which should be interesting.

I put together another treasure hunt this year (Heather was very vocal about hoping there would be one).  It wasn't up to the same level of quality as last year's, however, due to the lack of time between returning from our trip and her Birthday.  I'll have to try to make up for it next year.

The treasure hunt led her to the garage where she found a shiny blue bike!  (After months of lamenting that she didn't have a pedal bike.  And she's outgrown her balance bike.)

We did presents first so she would have some time to ride her new bike before it got dark (and apparently this is the only picture we have of her on the bike that day....). 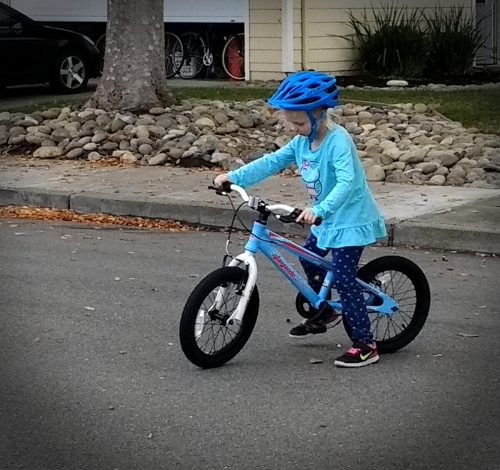 Having been gone for a month she was quite out of practice balancing.  We still need to find some time to get outside so she can practice, but it's actually been cold (by Livermore standards, highs in the 50s) and/or raining quite a bit lately.

After riding around for a bit, we went to dinner and then came home for cake. 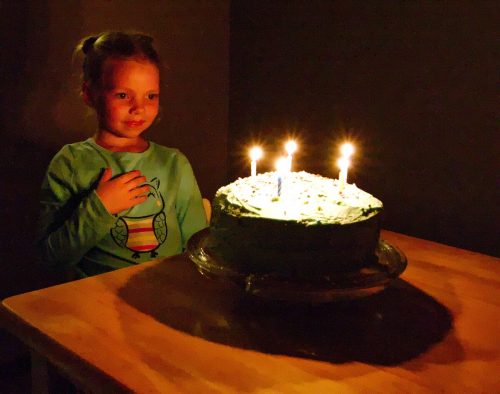 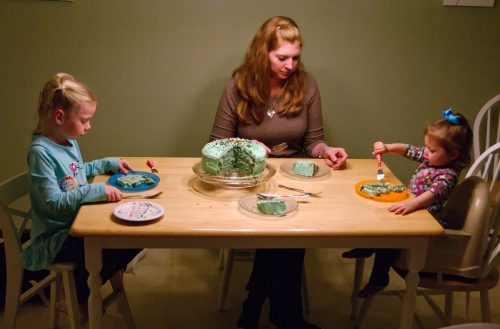