We went down to southern California for most of the week on a short vacation.  We drove down on Sunday and met up with Josh (of Project Runway fame) for dinner.  On Monday we met up with him again to go to the Aquarium of the Pacific in Long Beach.

Traffic in the Los Angeles area is notoriously bad, but what makes it even more fun is when they hold a Grand Prix event on the blocks that surround the place you're trying to get to.  The Aquarium had been closed over the weekend for the race, but reopened on Monday.  However, they were just starting to take down all of the fencing, barriers, stands, etc. from the race.  So roads were randomly blocked off and everything our GPS unit wanted us to do was simply not possible.  We finally wandered into a member of the event staff at yet another intersection where our only allowed movement was a U-turn.  They were able to tell us how to get to the aquarium.

Heather thought it was pretty great. 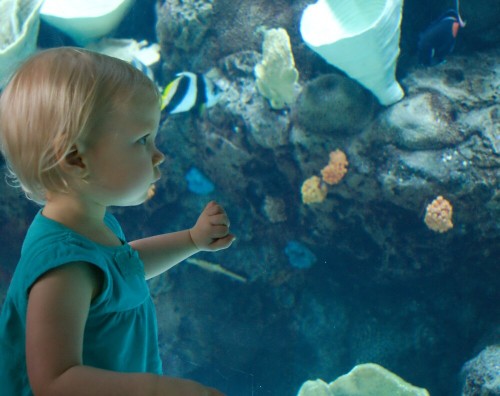 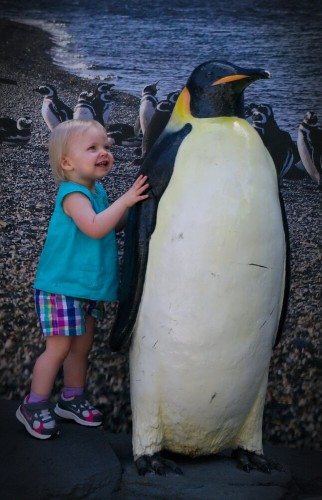 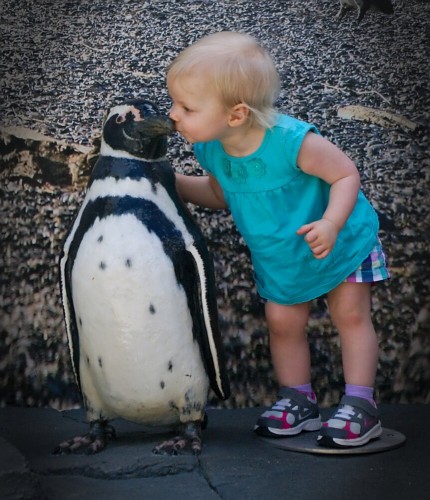 Being my daughter, she loved the penguins.  Mainly the penguin statues though; which she, of course, felt the need to kiss.
Turns out that having a third pair of hands with us made things much more manageable: one to handle Heather, one to push the stroller, and one to take pictures.  Thanks again, Josh! 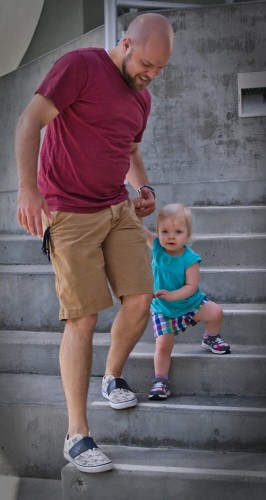 For somewhat unknown reasons, the aquarium also has a lorikeet exhibit you can walk through.  You can buy a little cup of nectar to feed the birds.  This wasn't any of us, just some random other person feeding this bird. 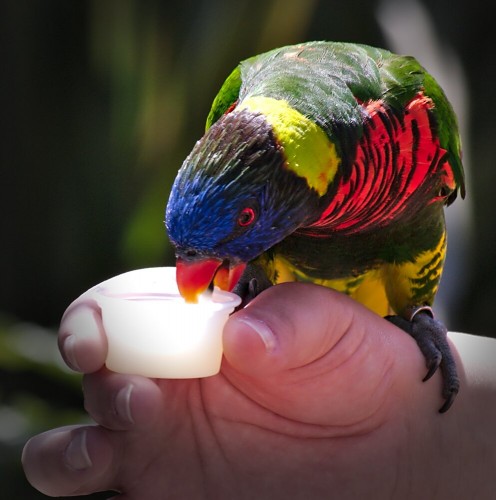 Jess finds the jellyfish to be mesmerizing. 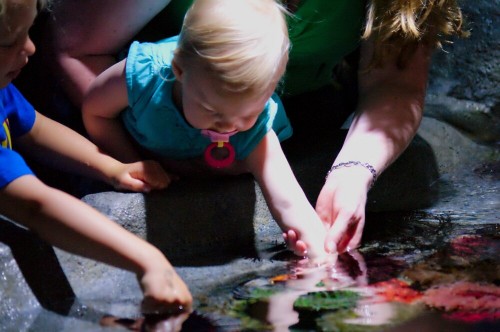 Josh meets up with a sea turtle: 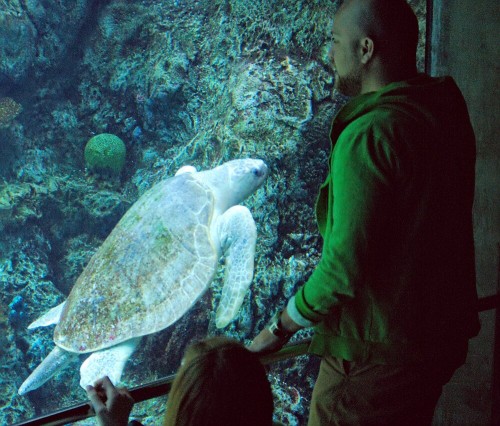 And this is Jess' other favorite thing at aquariums, sea dragons: 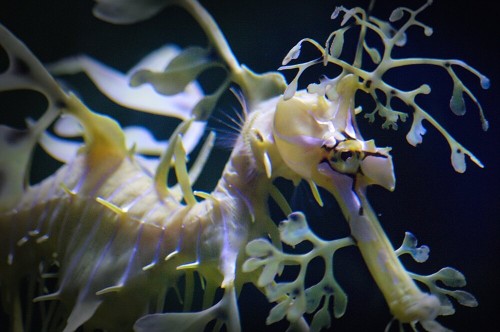 And this is where we part ways. 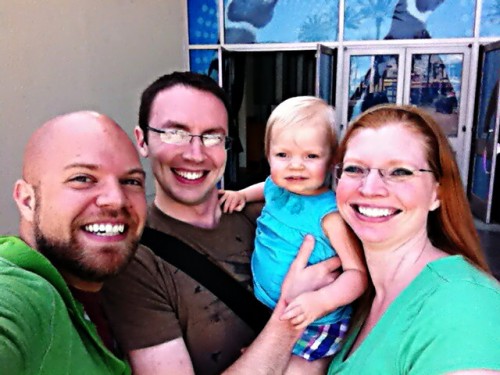