Josh flew into town on Friday to hang out for the weekend. On Friday we went and saw The Last Airbender. It was OK. It was incredibly rushed, which was expected since they took an entire season of storyline and tried to make a 100-minute movie. So that was a little disappointing. We found it strange that they decided to mess with the pronunciations of the names. We also found it strange how much they changed some characters, like Iroh. They also didn't include almost any of the humor from the series. It's too bad that so much of the things we didn't like could have been so easily fixed. Extending the movie to 150 minutes would have provided a lot more time to let the story line flow along rather than being hurried. And leaving in the trademark humor that each of the characters' personalities have would have been good.

Anyway. This post isn't about the movie. On Saturday we went to the Alameda County Fair. Getting in had the completely stupid and pointless process of passing through metal detectors. Apparently someone thought that so long as you make everyone walk through a metal detector nothing bad could happen at the fair. We'll just ignore the fact that the perimeter of the entire fair is unmonitored and consists almost entirely of chain-link fence. Surely someone looking to cause trouble wouldn't be bright enough to toss over their supplies and then go get them or to have an accomplice toss over their supplies.

[sigh], That's also not the point. Let's get back on track.

We started by watching the Mutton Bustin' competition. Which is where they plop kids (ages 3-6) on top of a sheep and then let it loose to see how long they can hold on. We then moved on to the chocolate-covered bacon on a stick: 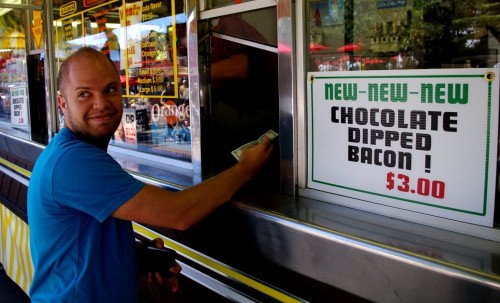 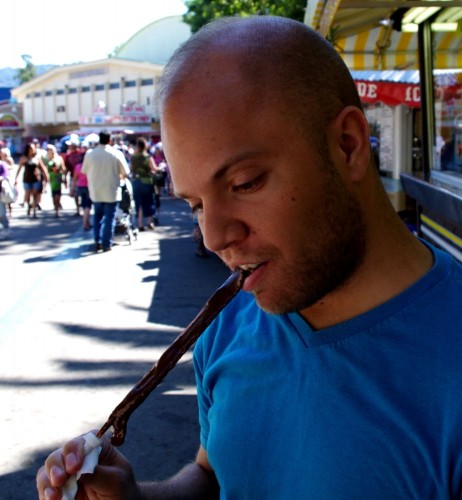 Jess even tried a bite and then proceeded to do her best not to vomit. Josh finished off the whole thing though.

After wandering around for a while we watched the All-Alaskan Pig Racing: 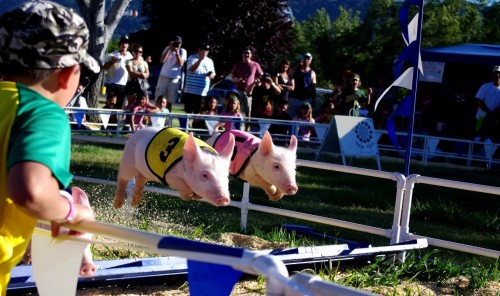 Before leaving we took an obligatory ride on the swings: 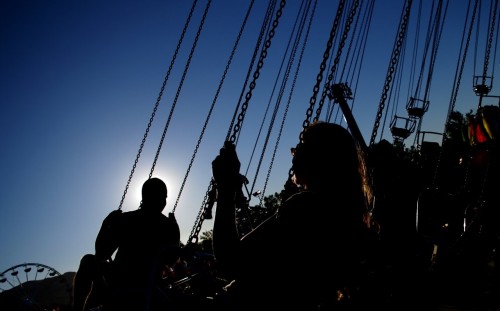 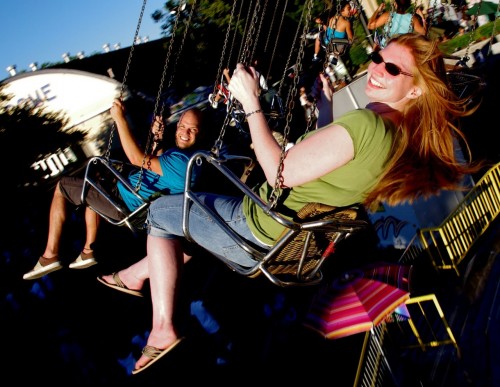 It was a fun time. We bought some caramel apples on our way out that were incredibly good. They were Granny Smith apples, covered in caramel, with a layer of yogurt, and sprinkled in cinnamon. The flavor was called apple pie à la mode.