Megan and Mollie came down to Disneyland for a band trip, so we decided to go, too! We went for two days, Friday and Saturday, and we had a wonderful time. I'm so glad we went! It's been a while now, though (it was the beginning of April), so I don't remember most of the details. This blog will be mostly pictures. But here are a few things I do remember:

1. Heather gets carsick. Yech. Movies on the tablet, which is strapped to the headrest in front of her = okay. Books/toys/anything in her lap = NOT okay.

2. We drove down to Santa Monica Pier on the way. I'd never been to a pier before, and it was a lot of fun. Heather and I both loved the beach. It's so fun to wade in the waves!

3. Just a week or two before this, Heather started being genuinely afraid of things. (I can't describe how this is different than things that used to scare her, but it is. Very. Normal toddler development is weird sometimes.) Our first ride was the Monsters, Inc. ride. It's one of the basic dark rides: you get in a car and ride around in a dark area and see scenes/characters from the movie. The sights are very bright and very loud, and Heather screamed her head off. She was completely traumatized. (Last year, she was fine with these types of rides. We rode a million of 'em.) We tried to do a couple of less scary rides, out in the open air, but she was still too freaked out. So we went to the Baby Care station (love those!) while we waited for Megan and Mollie to arrive. We looked at books and just chilled in the quiet space, and Heather was okay after that. No more dark rides, though!

And now, pictures! Heather called these the Swappy Swings, since we did a Rider Swap to allow us to ride, too, after Mollie and Megan, without waiting in line again. I love swings! 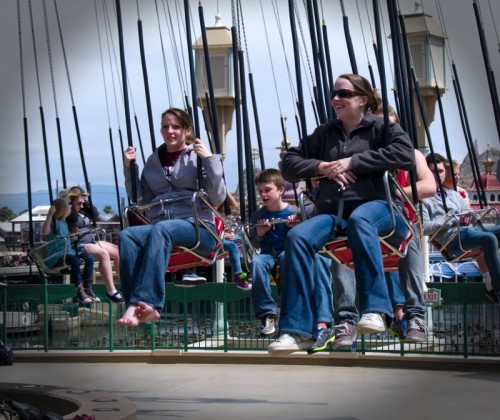 The ferris wheel was one of Heather's favorite rides. (The stationary cars, not the swinging ones. I don't think that would have been a good idea.) 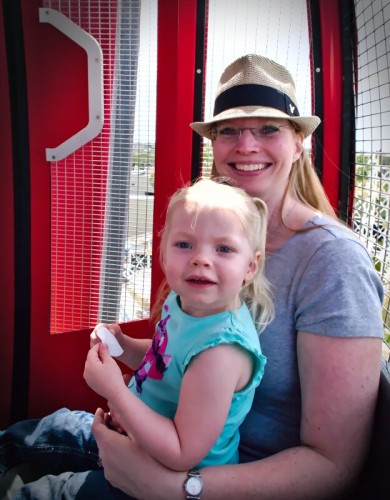 Carousels were also a big hit. We rode them many times. 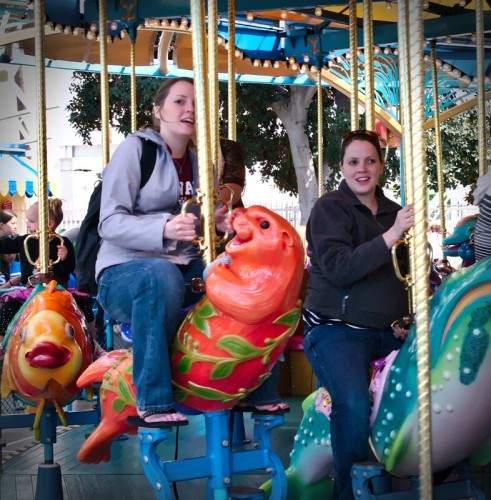 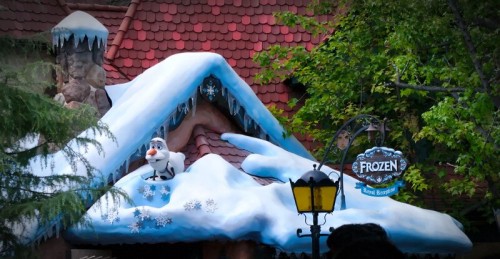 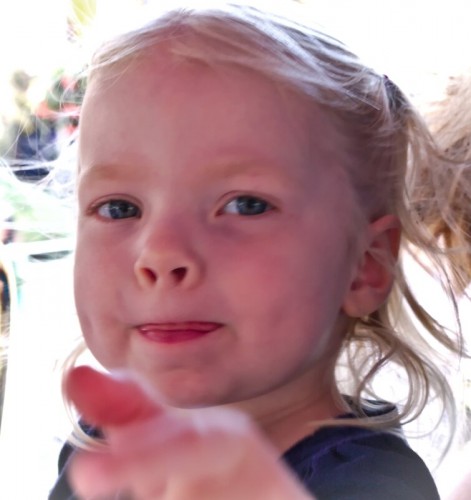 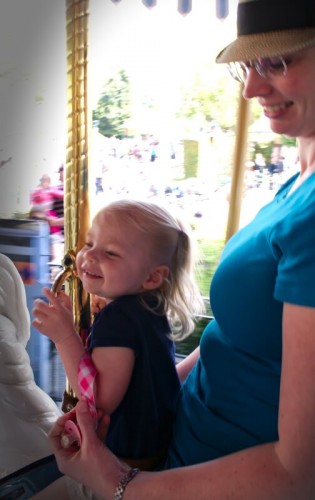 We didn't think it'd be worthwhile to wait in line to see characters, but there were some rabbit characters in the same area as where Megan's band was playing. Since she loves Winnie the Pooh so much, we thought Heather'd get a kick out of meeting Rabbit. 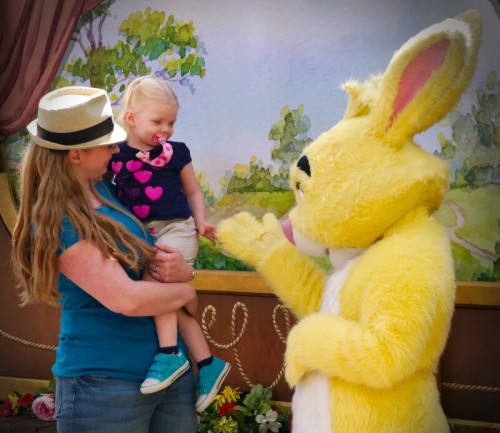 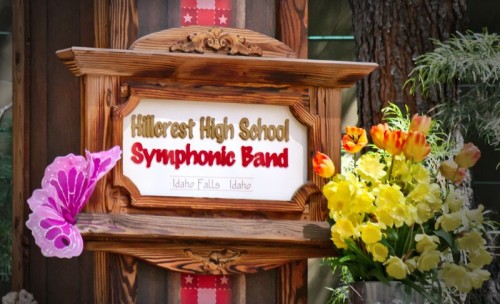 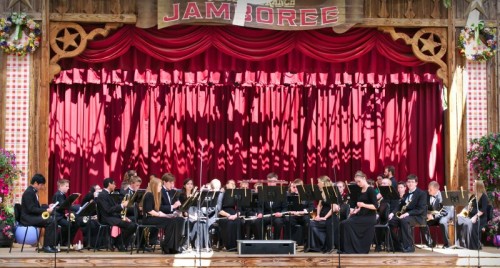 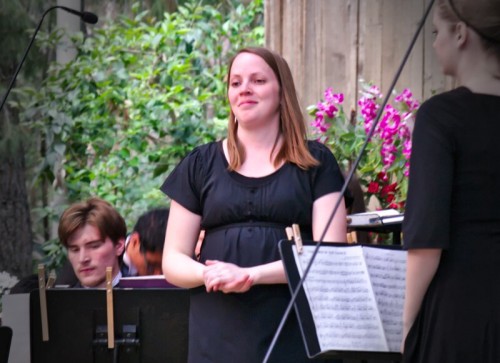 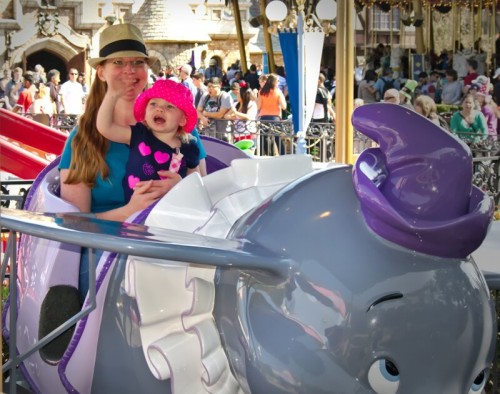 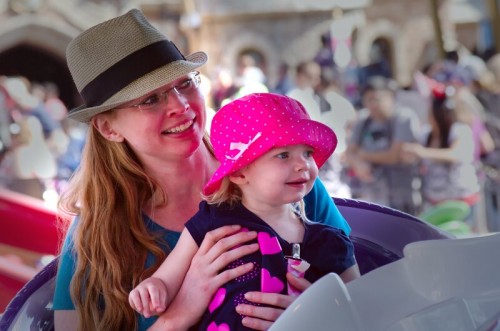 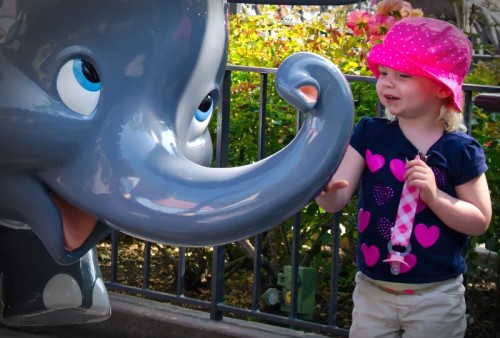 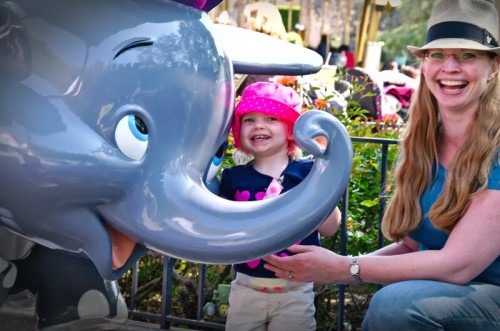 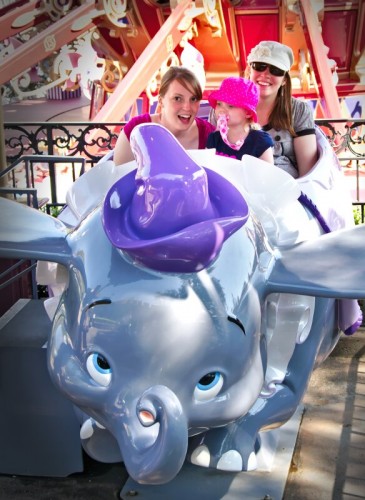 You may have noticed a lot of binkie in these pictures. Even without the dark rides, Heather found the whole experience rather overwhelming (no surprise there). Sucking on her binkie helped her cope with it all, so she had it the whole time we were in the parks. As long as she did, she was in a great mood and had a blast! 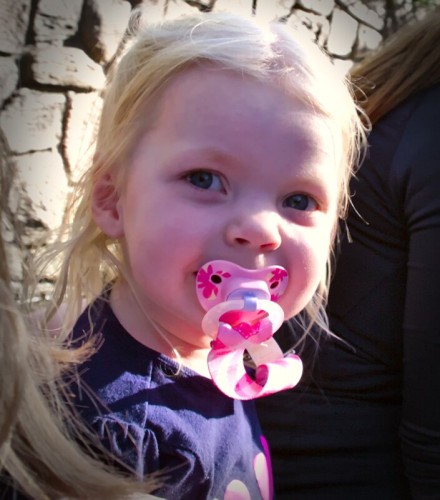 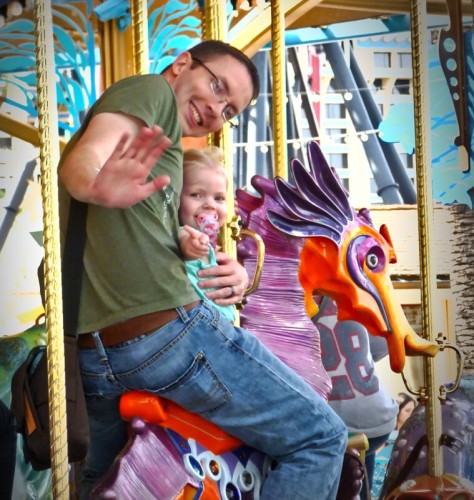 One of the highlights was the Autopia ride. The cars are on a track, so Heather got to steer! There's still quite a bit of play, and her driving made for a very jolty ride. But she thought it was the greatest thing ever. 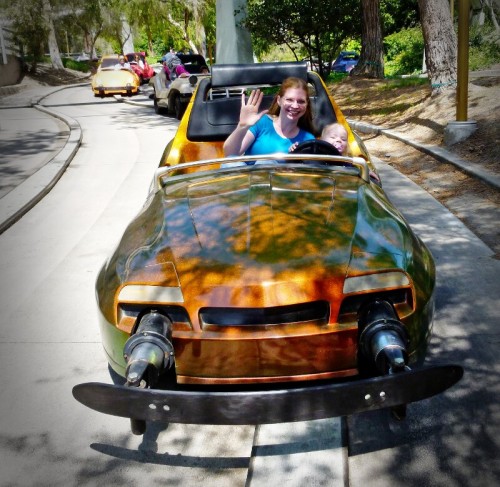 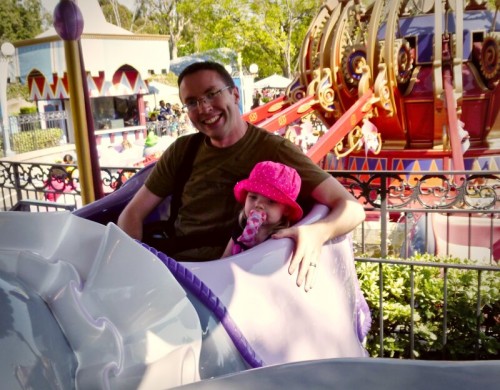 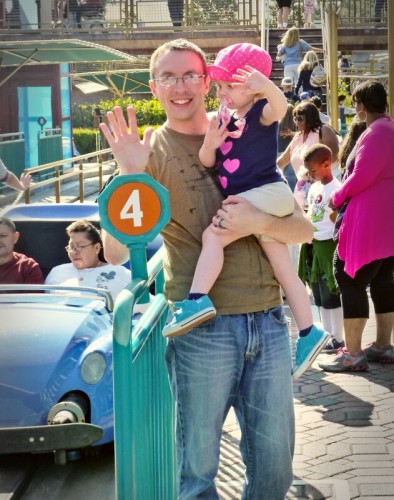 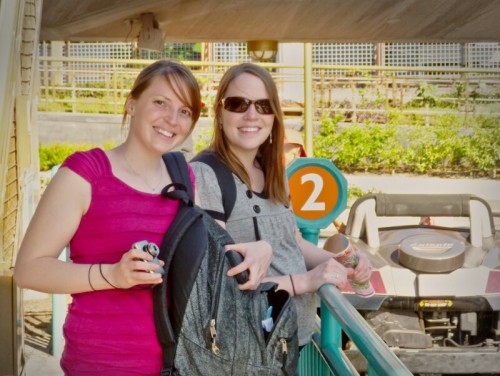 We even had to go back, so she could drive Daddy around! 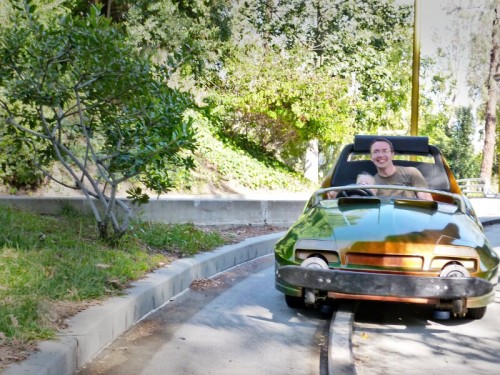 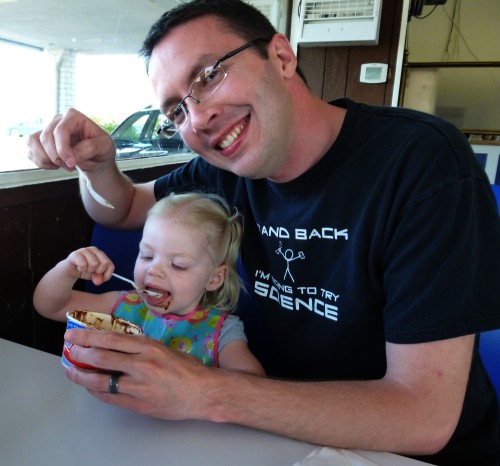 And the end result of the trip: one exhausted Heather Bear! 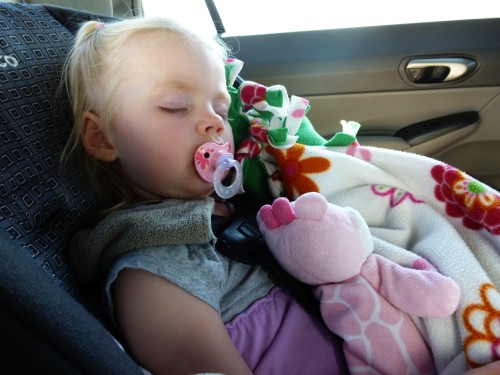