After the family reunion wrapped up, we headed up to Provo for Jess' brother's wedding.  Then we drove up in to Wyoming to the Wyoming Dinosaur Center in Thermopolis.  We thought this would be a fun and unique experience in light of Heather's long and continuing interest in paleontology.

We signed up for a "Dig for a Day" package where we got to go out to one of their active dig sites, work on the site, tour the nearby Sundance formation, work in the lab, and have a personal tour of the museum.

We were a little concerned with how well it would work out given the girls' ages, but it was a blast.  Our guides, Seth and Emily, were fantastic with the girls.  They found age-appropriate tasks for them both and kept them engaged and excited about the trip.  The only downside is just how far out in the middle of nowhere Thermopolis is; but if you've got kids interested in paleontology and you happen to be anywhere in the vicinity, I highly recommend the experience.

We got to work on Foot Site which has been active for ~20 years yielding over 550 fossils so far.  One primarily finds diplodocus bones there.

Here come a lot of pictures: 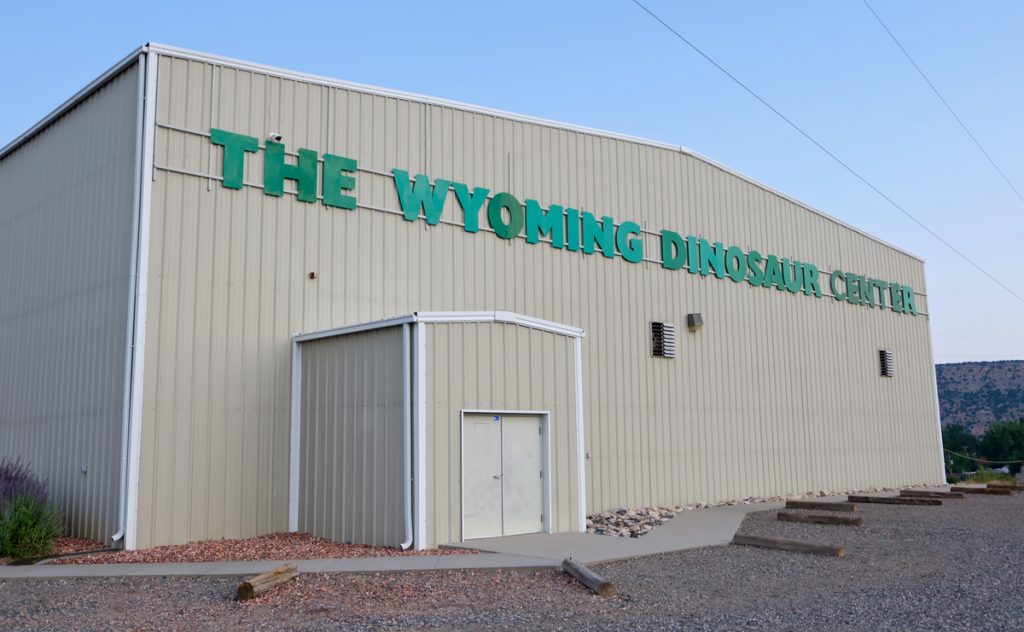 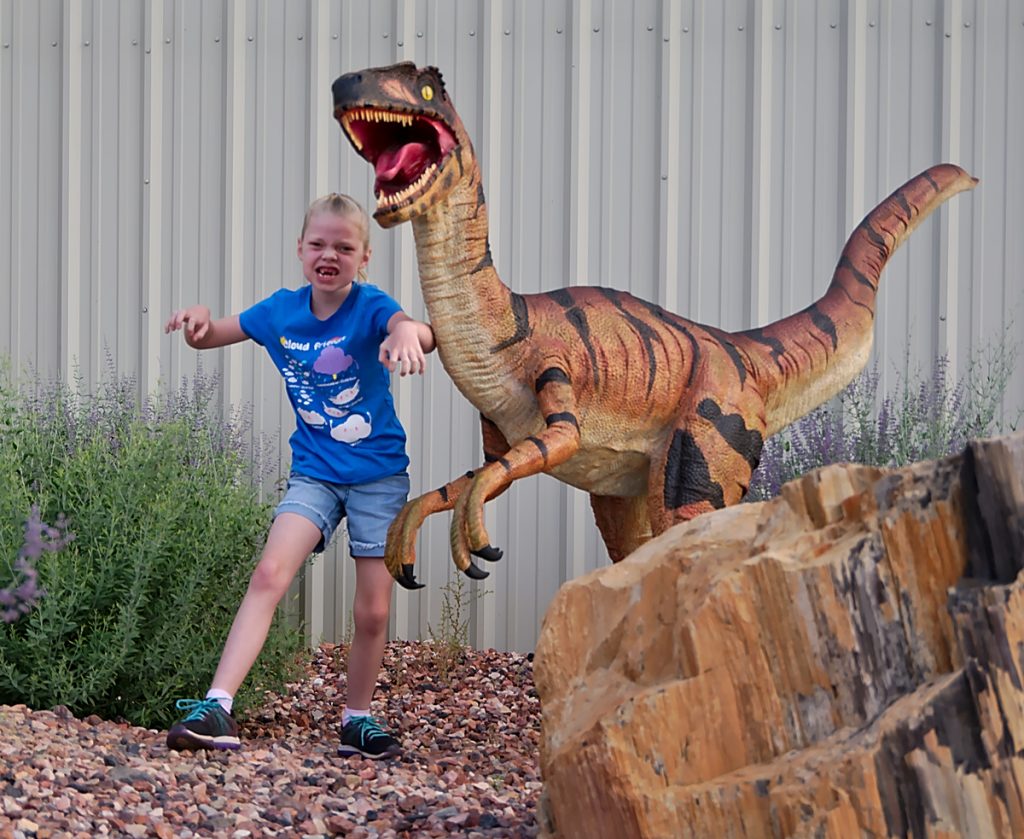 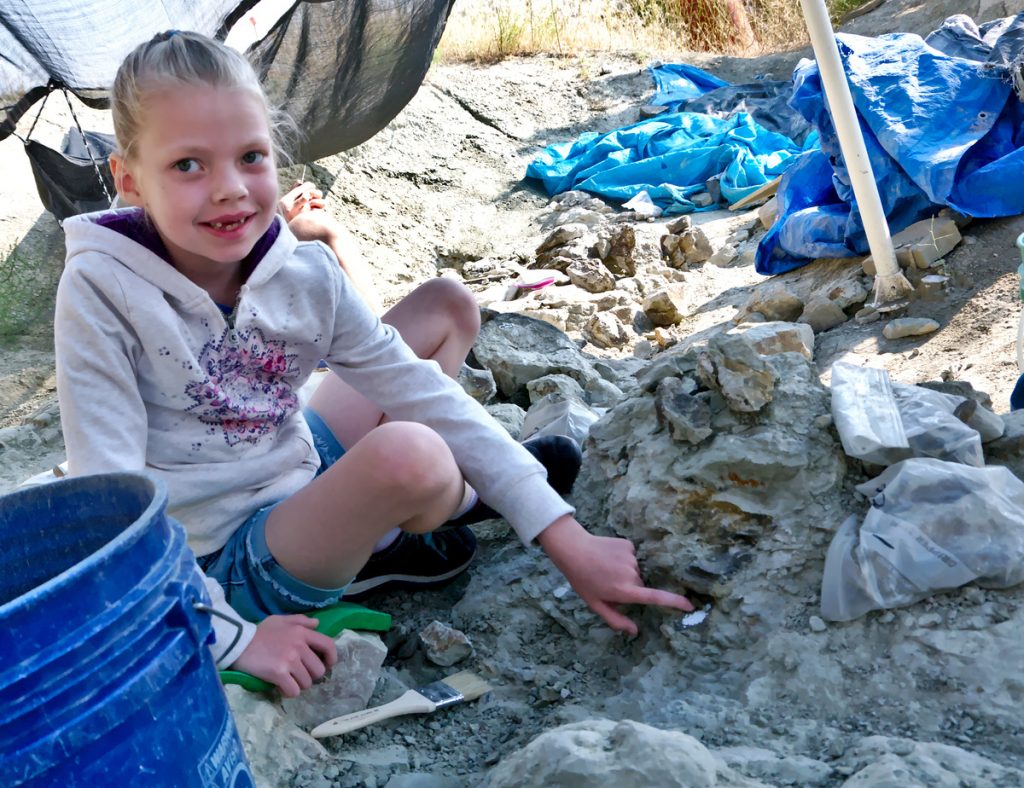 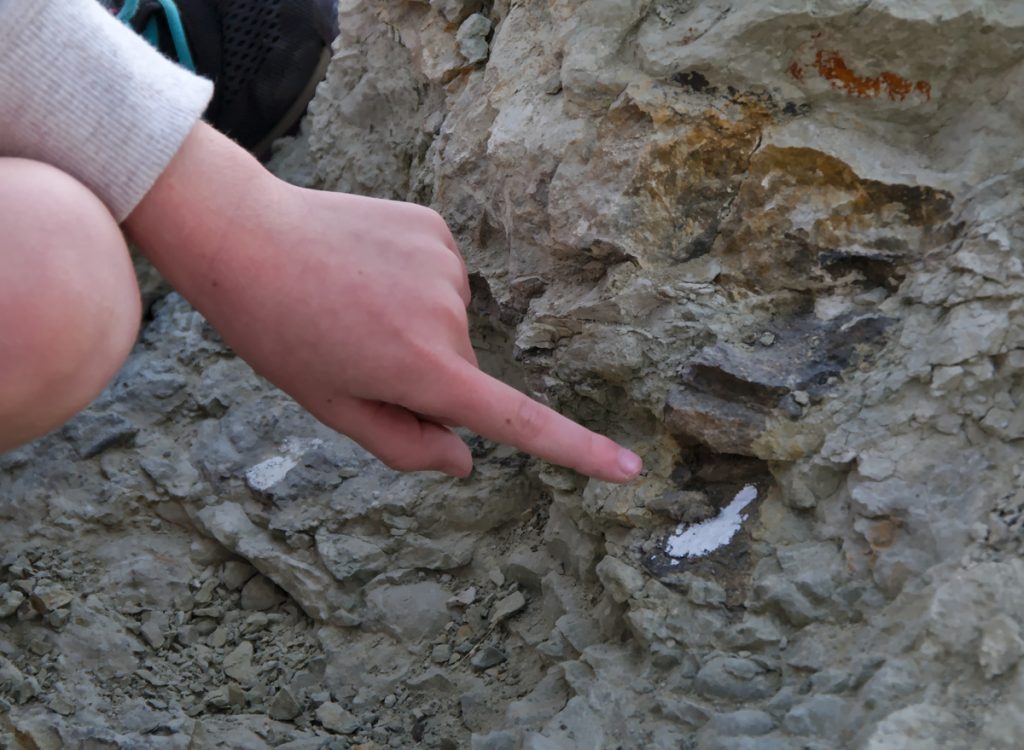 As the discoverer of the fossil, she got to put her name in the site tracking book on the entry for the fossil.  This information will follow the fossil through its scientific life cycle. 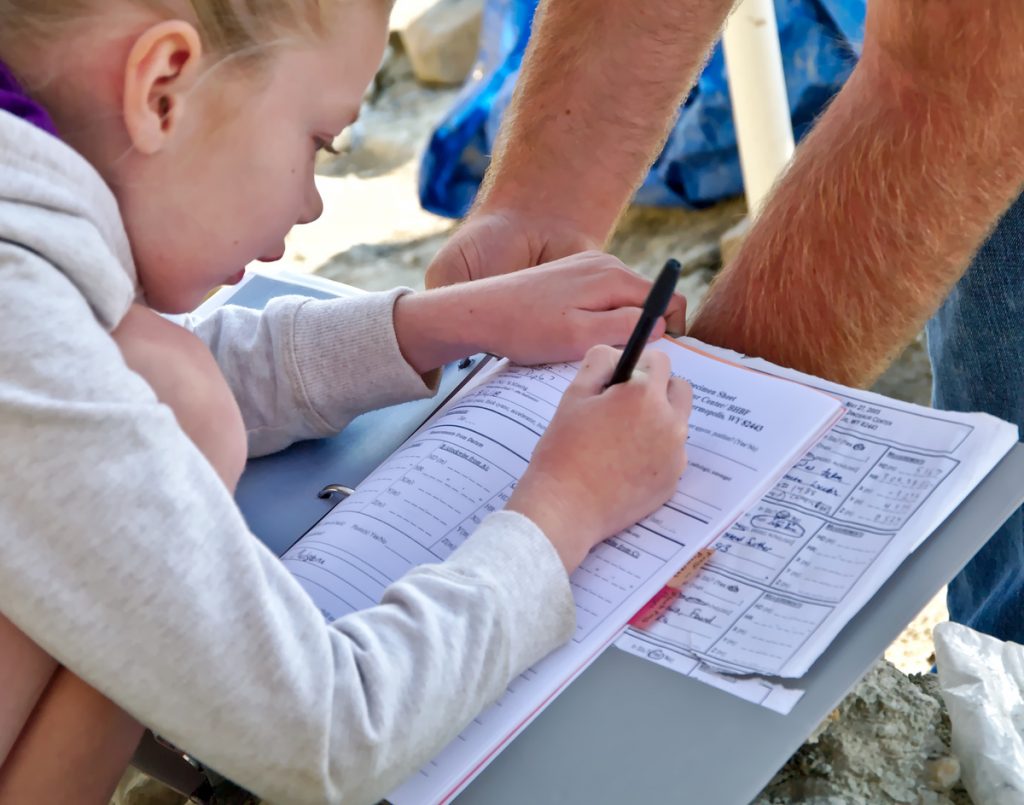 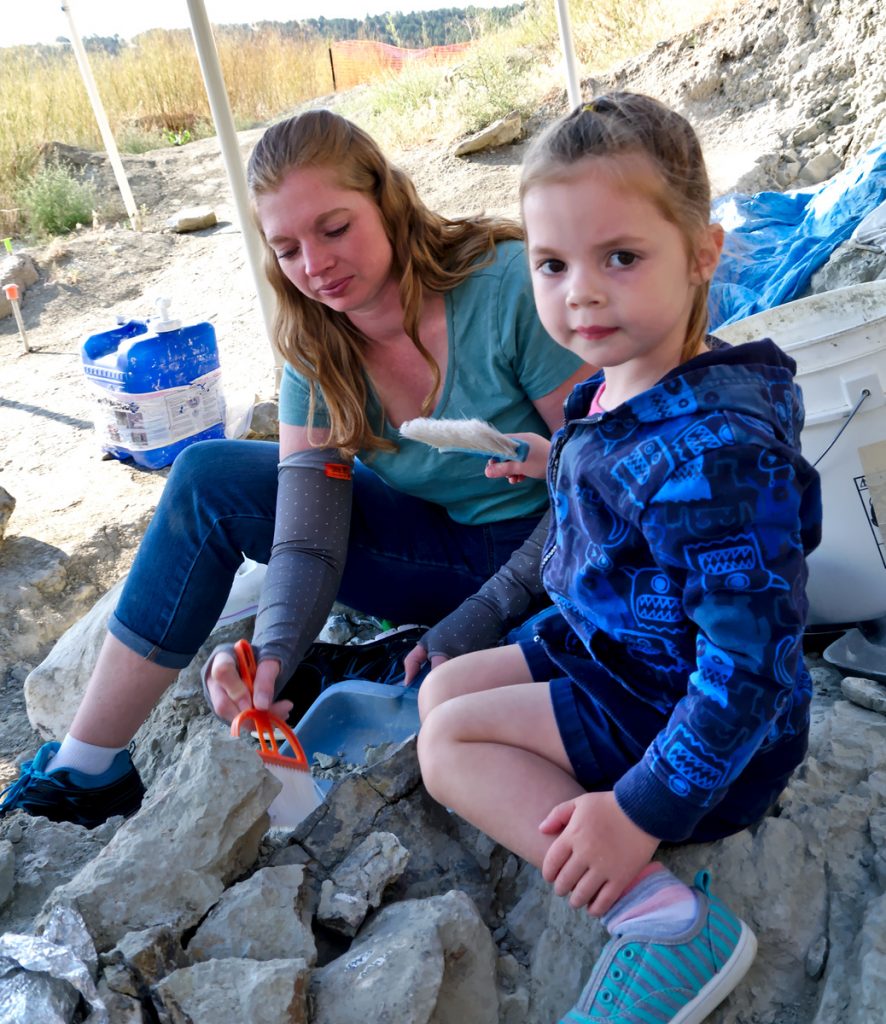 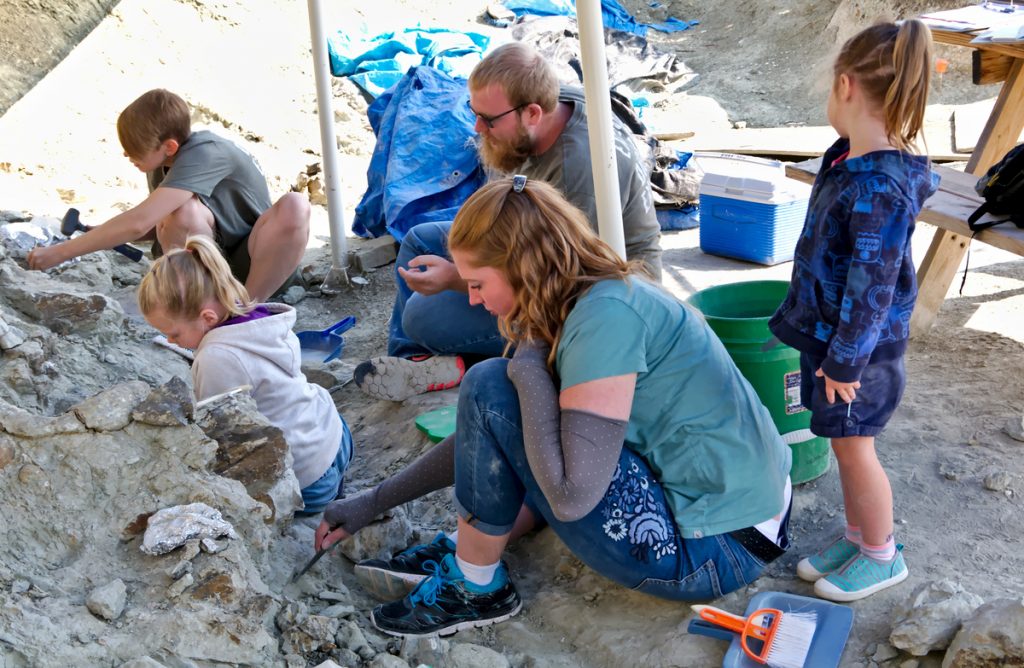 I found a fossil too!  One of our guides made an initial determination that it's a chevron from the tail of a diplodocus.  That will validated once fully excavated.  It's fully embedded in stone, so I spent quite a while carefully chiseling away stone.  After being encouraged to be a little more aggressive I managed to break the fossil twice.  But that was no big deal, some super-glue and were back in business.

My approach to finding the fossil was to estimate the depth of the existing fossils on the site and then simply move a few feet over and work my way down to that same level.  And it worked! 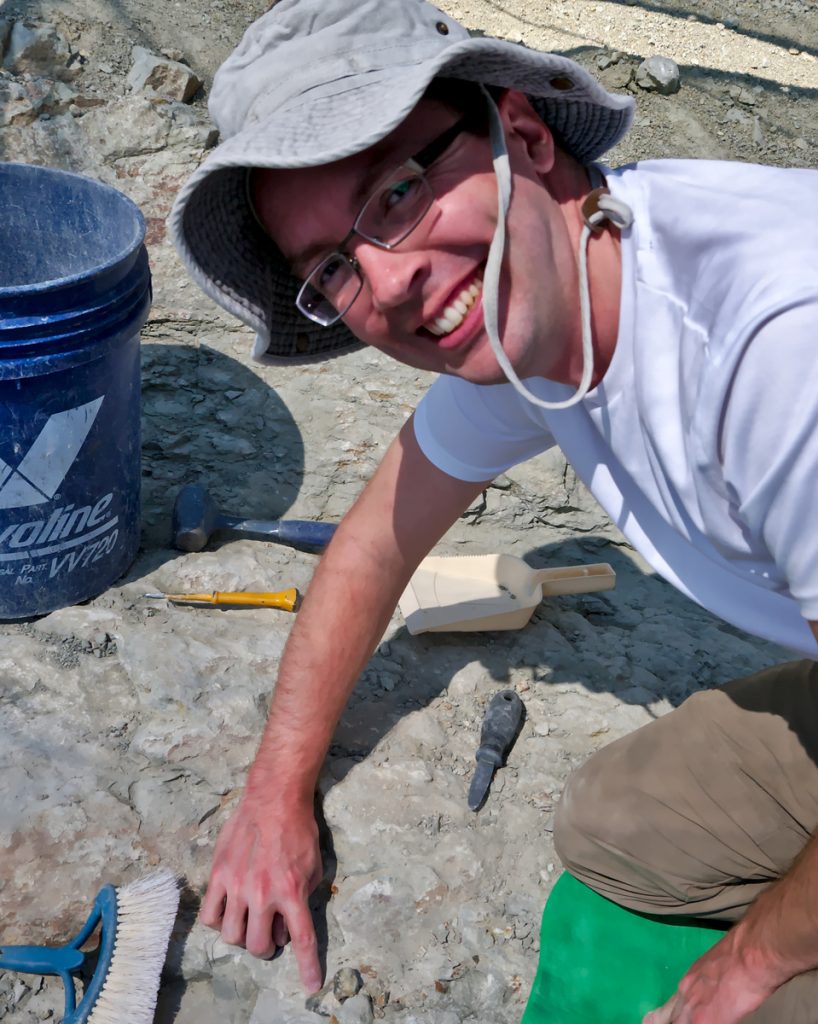 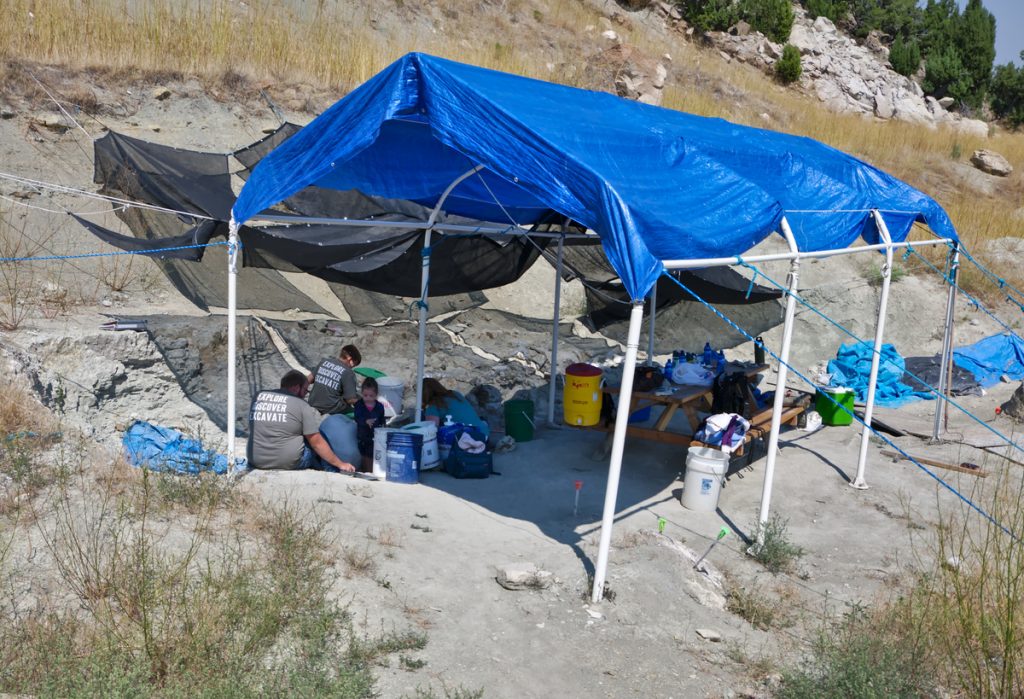 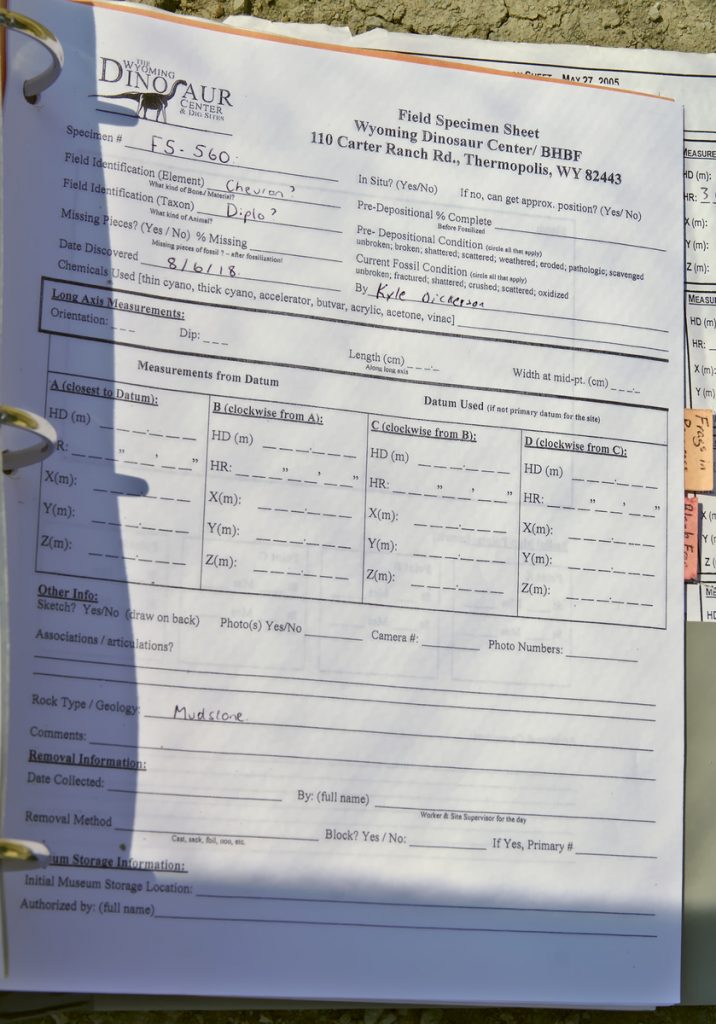 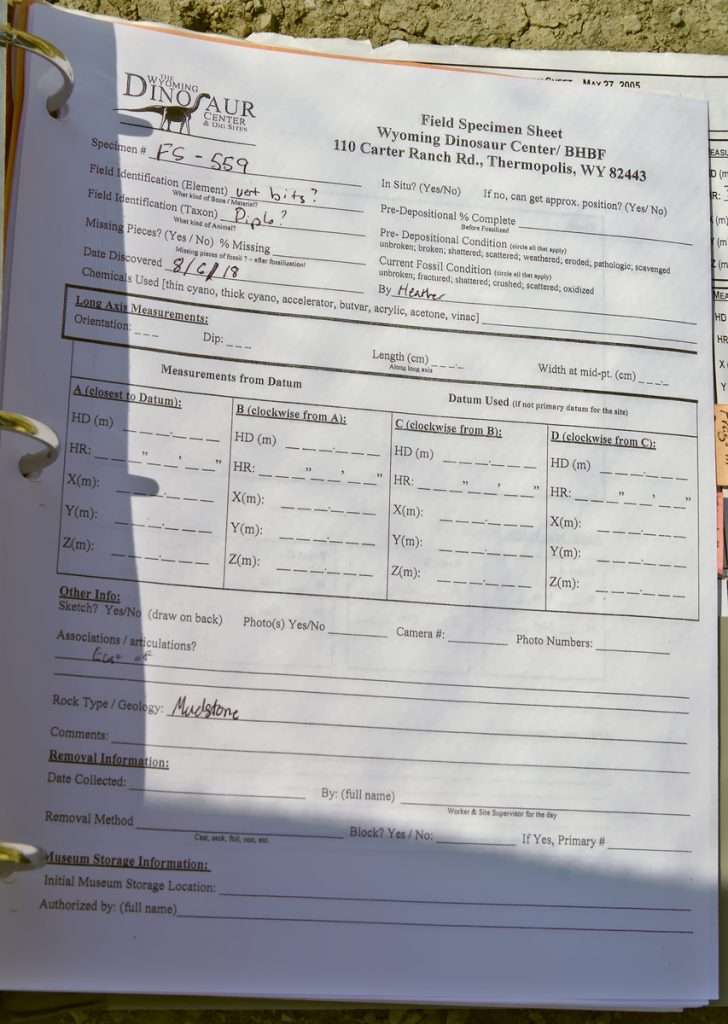 Kyle's Fossil.  This is about 4 inches of exposed fossil and the guides estimate it's probably about half of the bone. 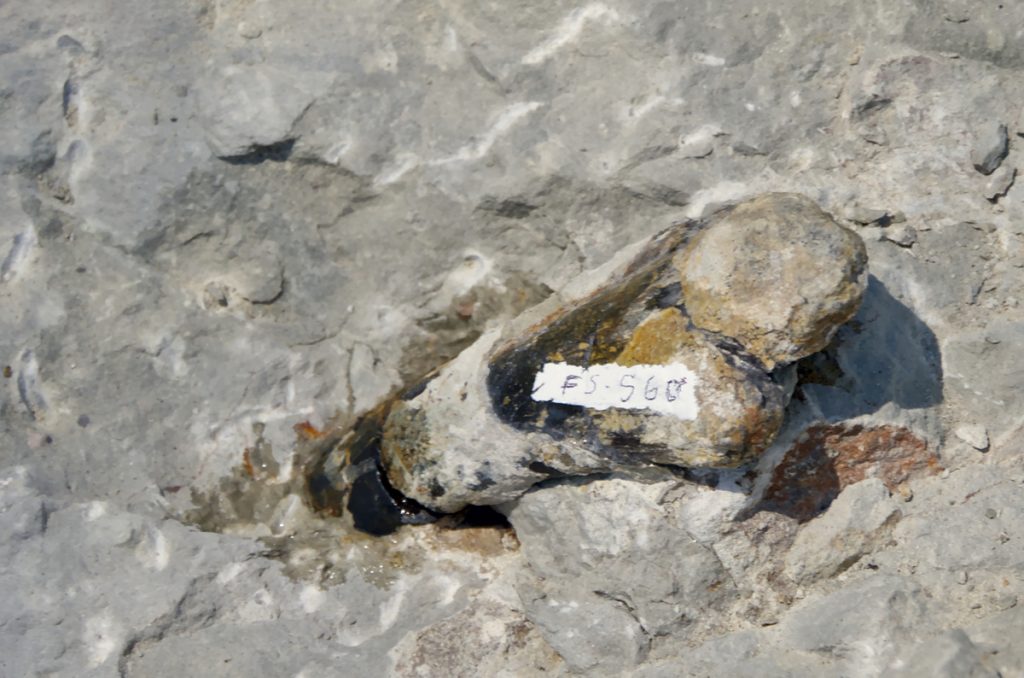 We had lunch at Foot Site and did a little more excavating.  Then we drove out to the Sundance Formation.  Which is the shores of an ancient sea.  Here fossils of clams and other sea creatures are just littered all over.  At Foot Site they catalog all the fossils and return them to the lab for scientific evaluation.  At Sundance, anything you can find you can keep.  We have a 1-gallon bag of fossil-containing rocks from here. 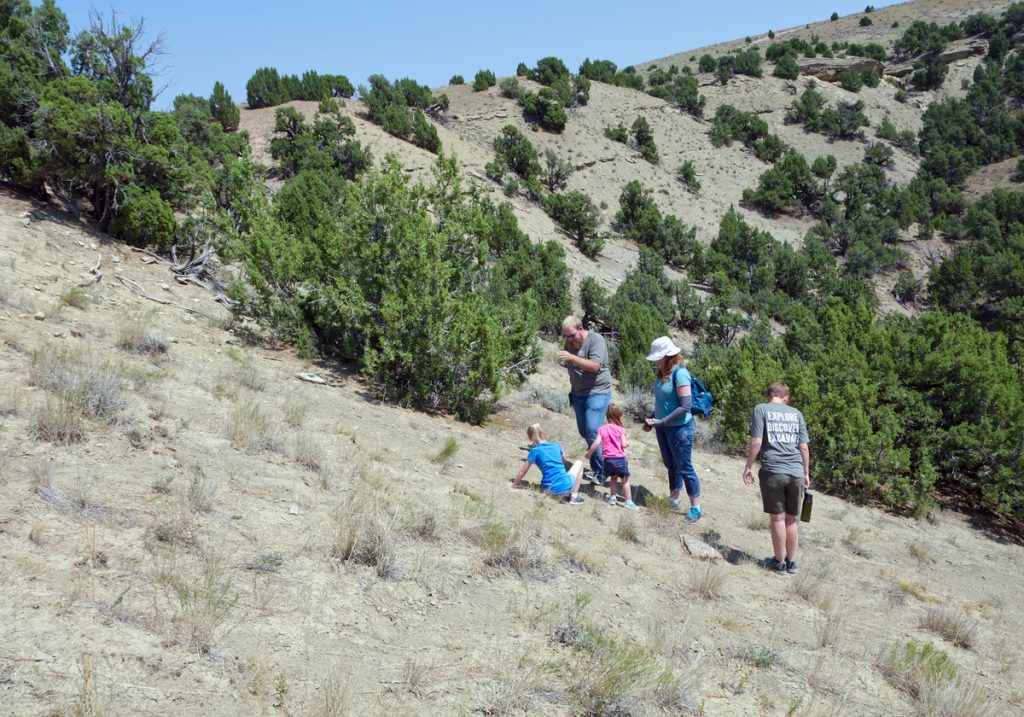 It was hot out on Sundance, so we shortly returned to the air-conditioning of the lab and learned a bit about specimen cleaning.  I believe the guides said that for every hour on the dig site you end up spending about 6 hours in the lab.  We used dental picks, toothbrushes, and pneumatic chisels to carefully remove the rock surrounding some vertebra. 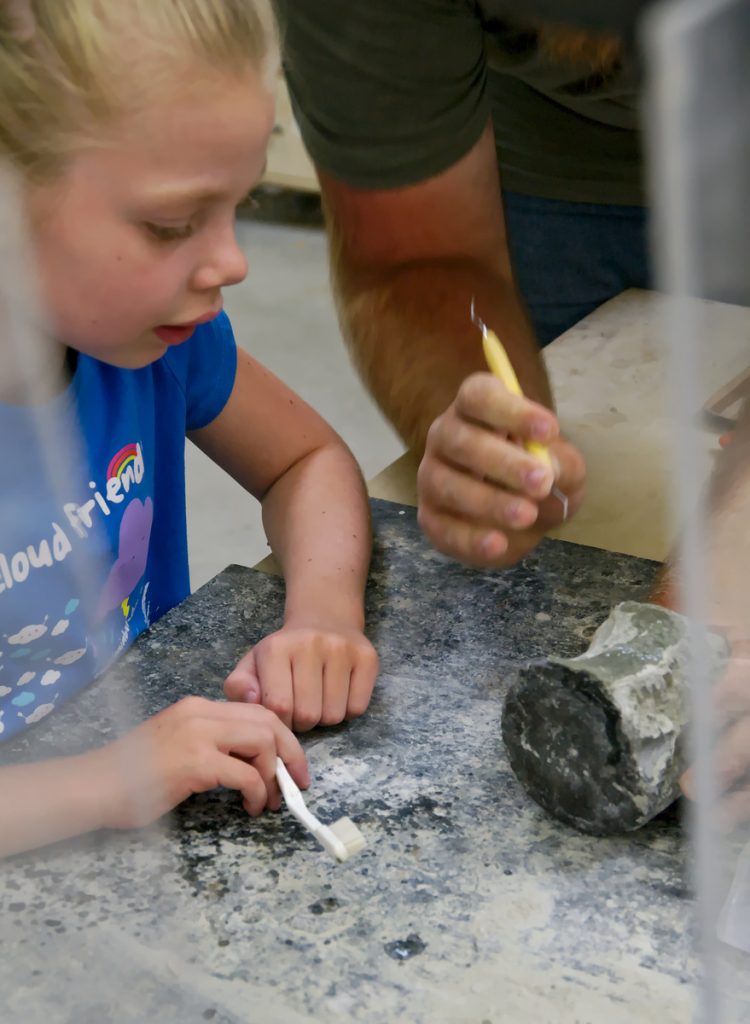 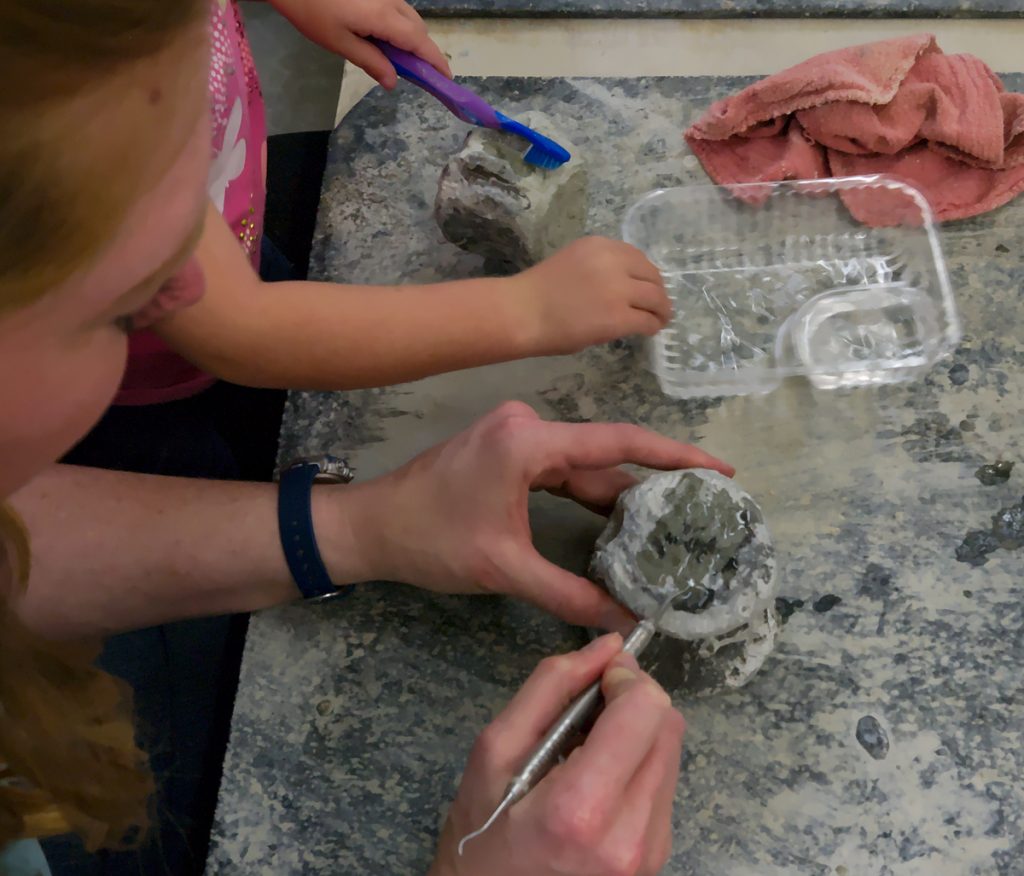 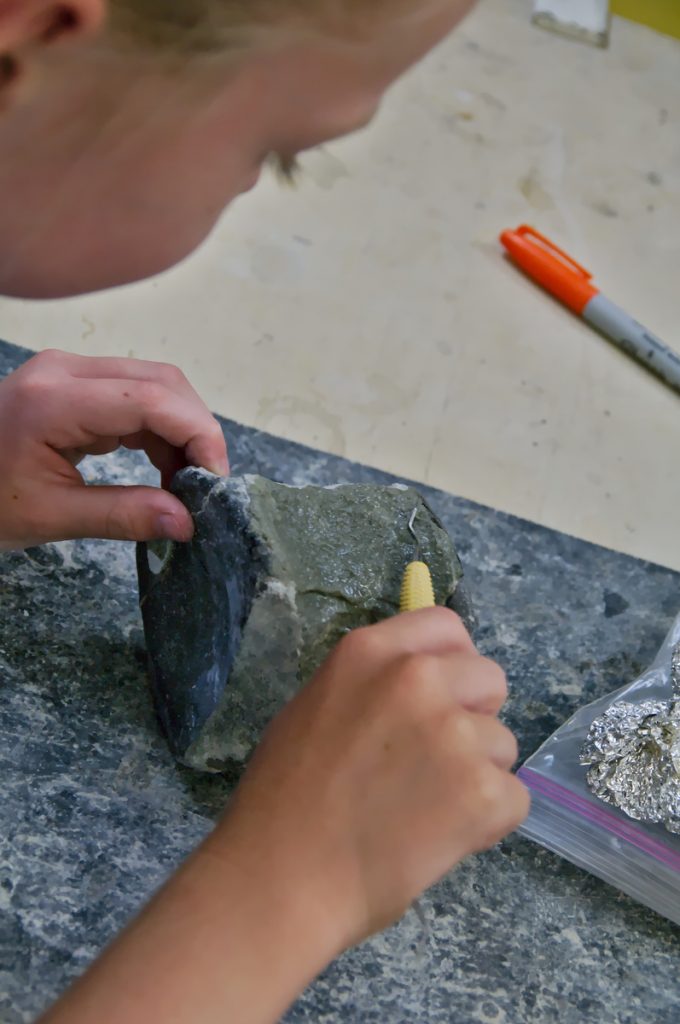 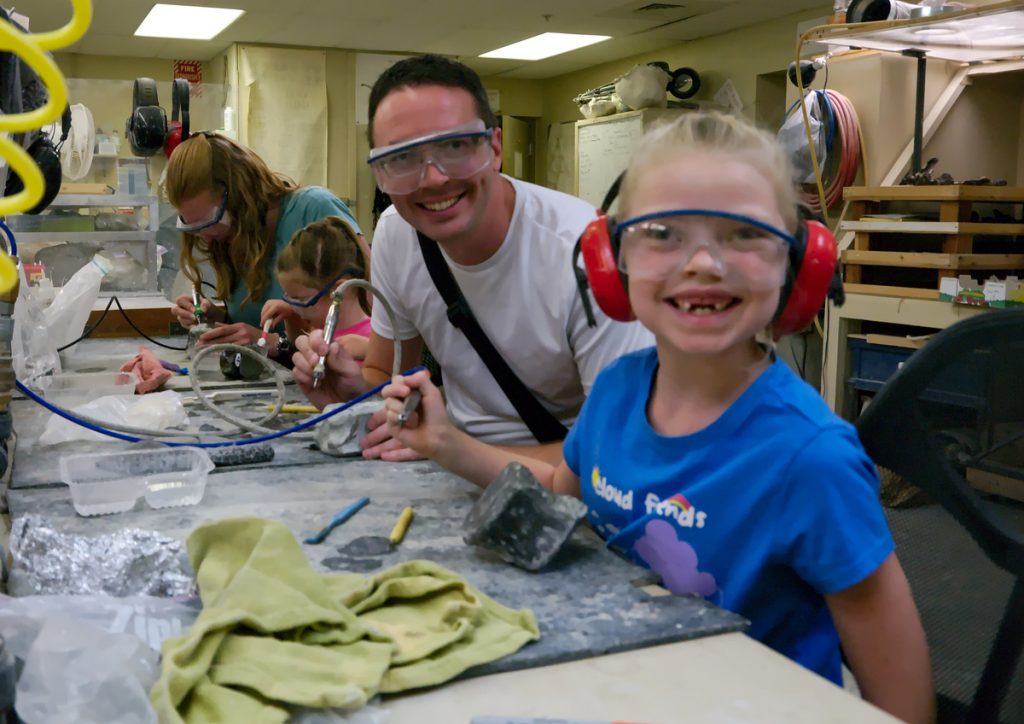 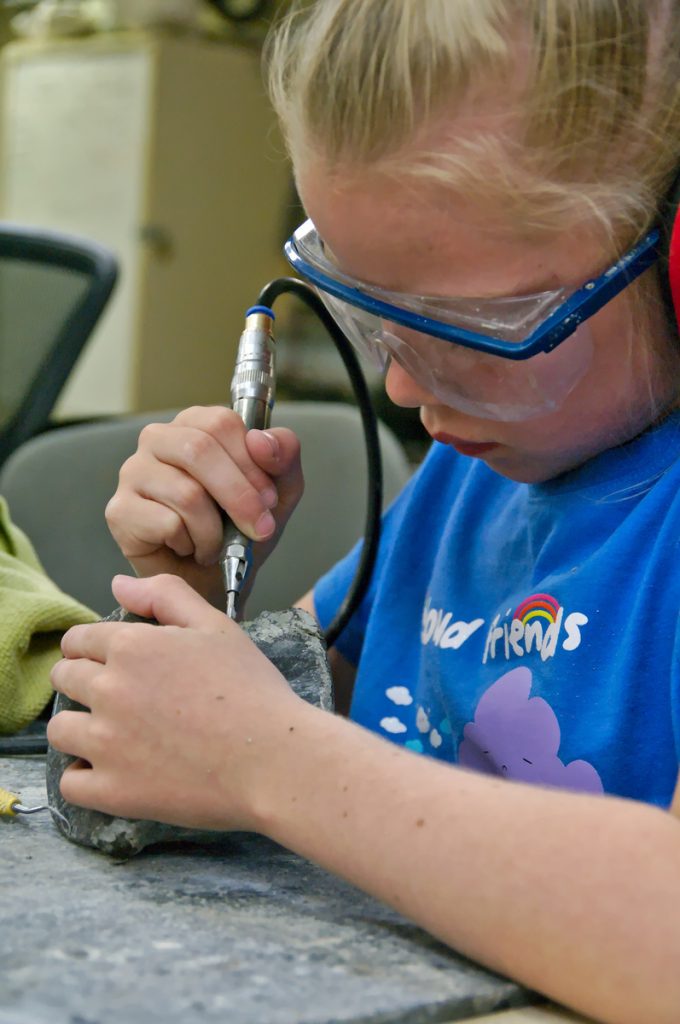 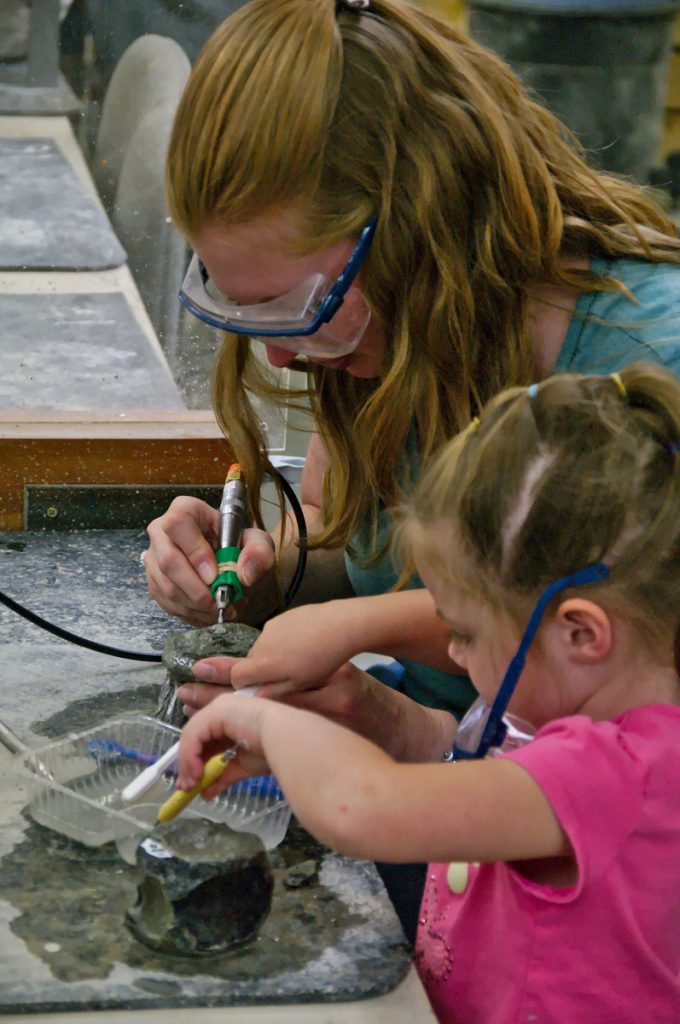 Once we finished up in the lab, Seth and Emily gave us a personal tour of the museum. 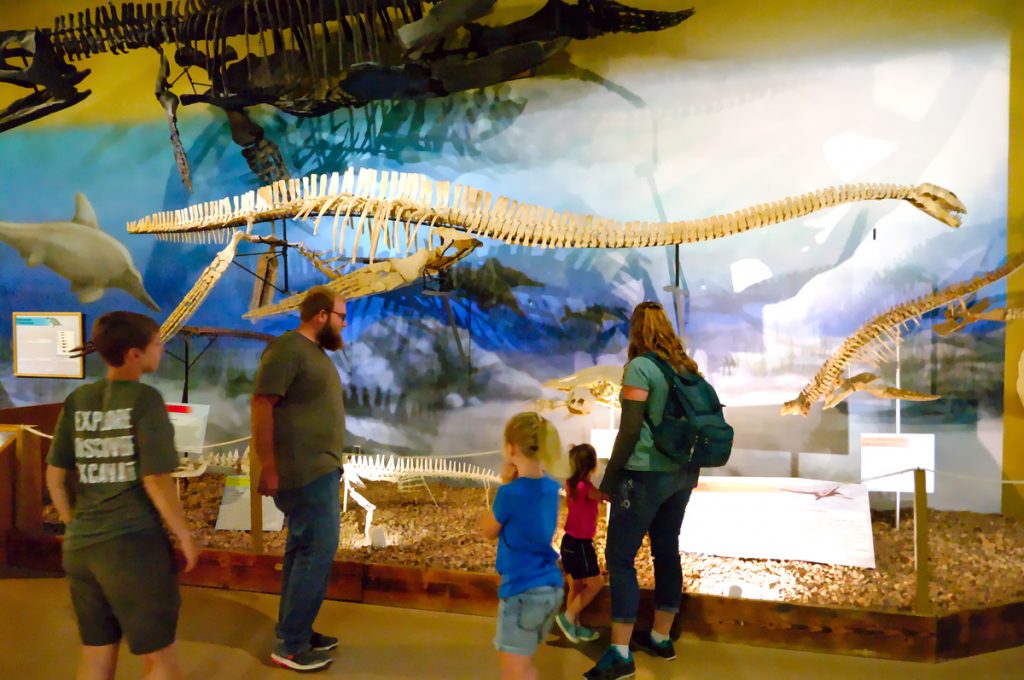 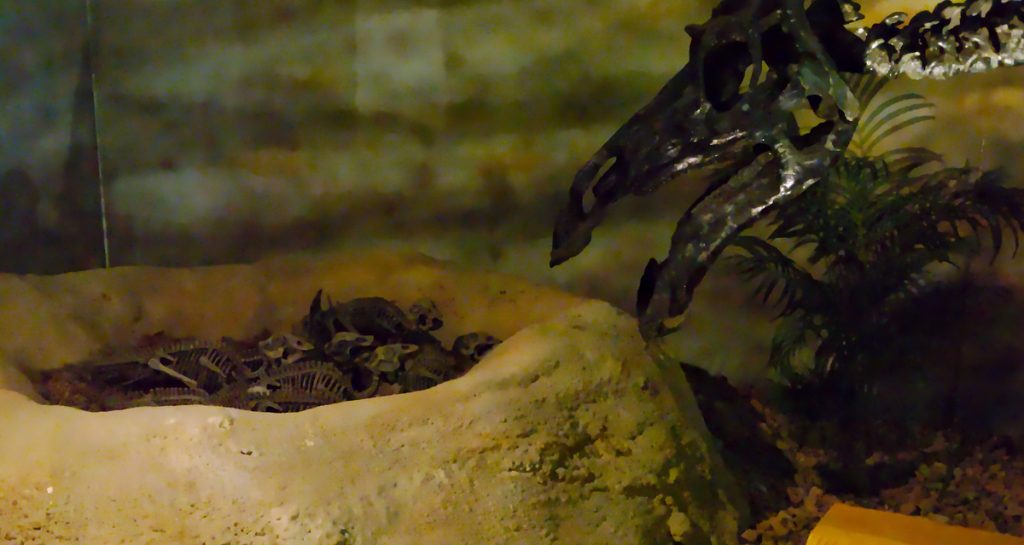 After our great day of paleontology we piled back up in the van to head out toward Grand Teton National Park.