Skip to content
I think it's high time y'all became familiarized with Heather's crib friends. In this first picture, she's asleep under the blanket ("gankee") I made for her (tied fleece, nothing exotic, y'all). 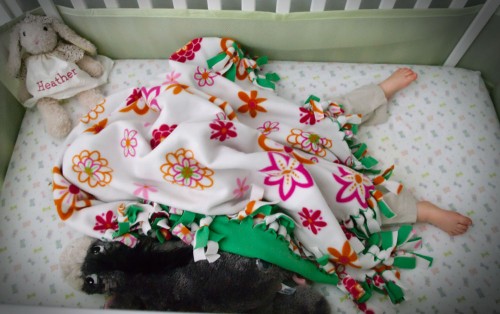 And in this second picture, she was hanging out on the couch several weeks ago with a cold. To help her feel cozy, I brought all her buddies out. From left, we have Eeyore (used to be "Oree," but is now "Oreo"), Henrietta ("Etta"), and Heather Bunny ("Heh-Bunny"). 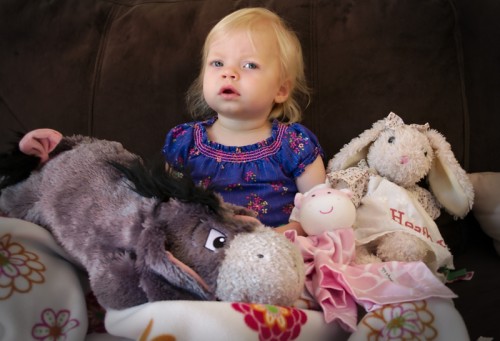 Since she started putting herself to sleep, these guys are a very important part of her life. Once, when she had a cold, I put Heather Bunny under her head as a pillow, to help relieve her congestion so she could breathe more easily. Ever since, she requests a Heh-Bunny pillow when I put her down. She just thinks it's awesome. And Henrietta and Eeyore must be snuggled in tight under each arm, then her blanket laid on top. Then I turn her projector on (it puts animals up on the ceiling and plays music), give her her binkies, and she's good to go.