During Heather's Spring Break we took a short trip out to the Mendocino coast at Fort Bragg.  We drove out on April 1st after our Easter Egg Hunt.

We stayed at a hotel right on the beach, so we were able to walk down and play until tired or cold and then walk back and get cleaned up and warm.  It worked out well for casual beaching. 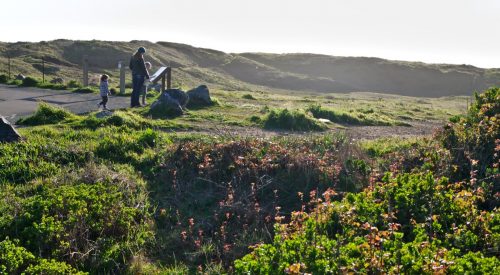 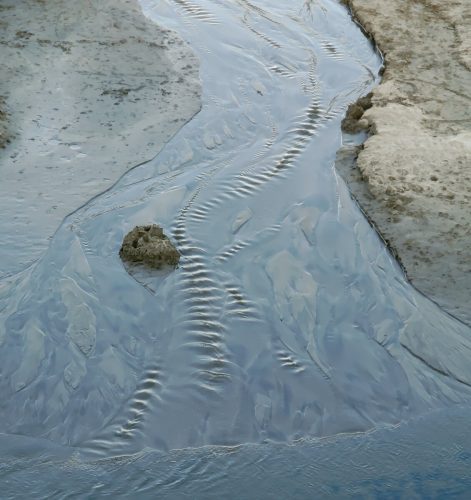 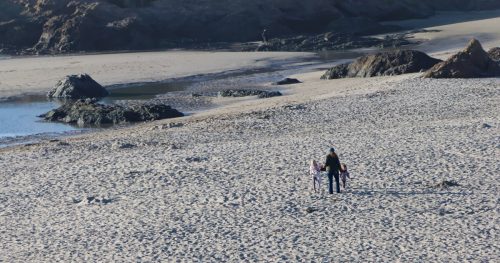 It was also right next to the Pudding Creek Trestle Bridge which is kind of neat.  It used to have logging trains drive over it, but it's since been converted to a pedestrian bridge. 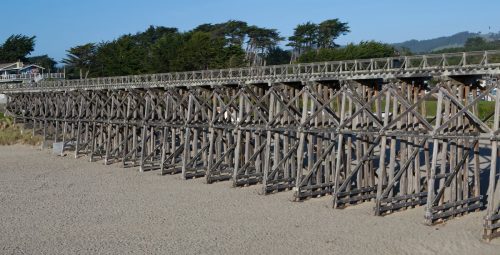 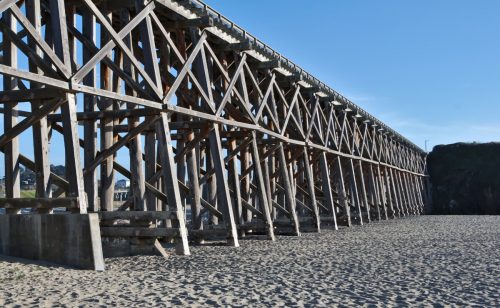 I went out to take some pictures as night.  None of them came out amazingly well, but they're interesting as they are. 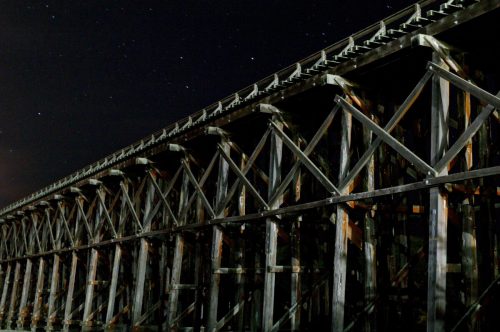 On Monday, April 2nd we rode the Skunk Train (so named because of the smell the old coal-powered, oil-heated trains used to make).  It runs up in to the hills from the coast and back.  The station has a large model train display which we enjoyed looking at.  I'm not convinced the people running it completely believed us when we reported a derailment but said we had nothing to do with it.  But we really didn't, the girls were a good 10 feet away when we saw it happen. 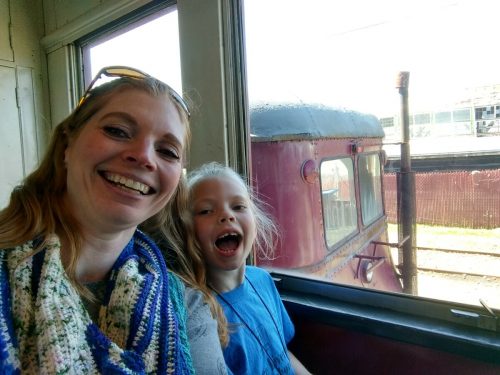 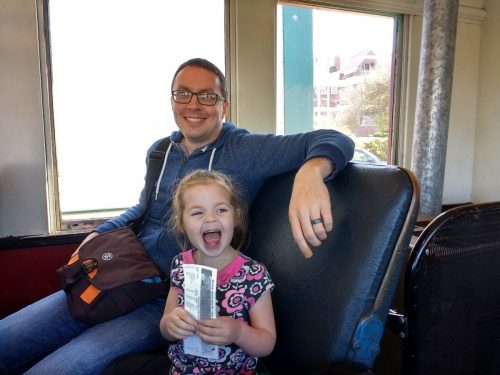 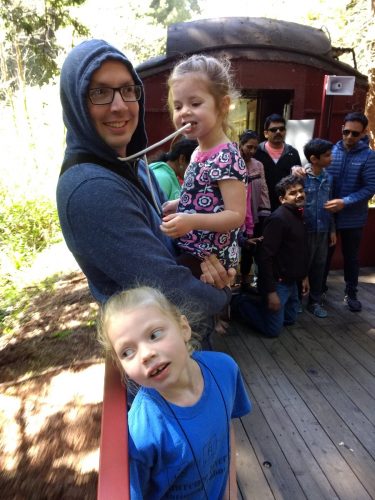 On Tuesday April 3 we went to Point Cabrillo Light Station.  This old, though still functioning, lighthouse has a few buildings on the property.  You can actually rent the 3 keepers' houses (keeper and assistants) to stay in.  It looks quite well maintained.  Unlike at Battery Point, however, you can't go up into the light room. 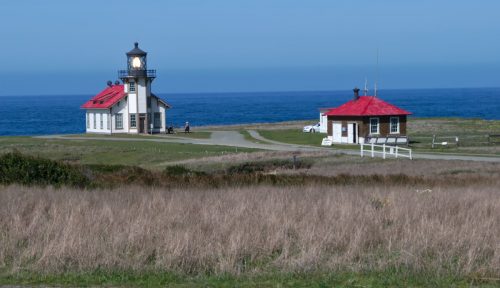 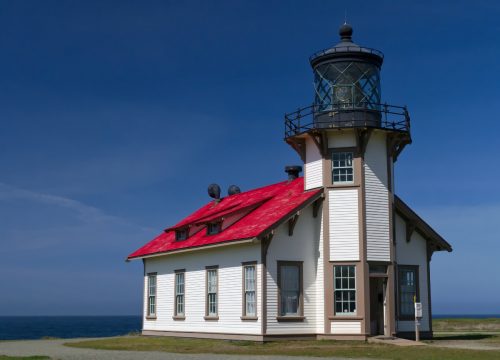 It was actually rather busy there.  I had to wait a fair while to snap the above picture with no one in it.  I managed to snap it in a short window of just a few minutes before people wandered through the shot again.

On our last day, before heading back, we went to the Mendocino Coast Botanical Gardens which worked out better than our trip to the Sonoma Horticultural Gardens (of Doom) back in 2011. 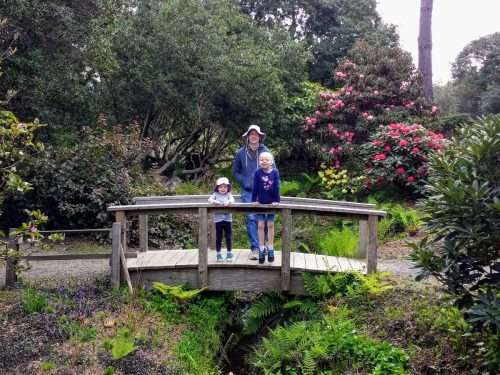 Then it was back in the van for the drive home.