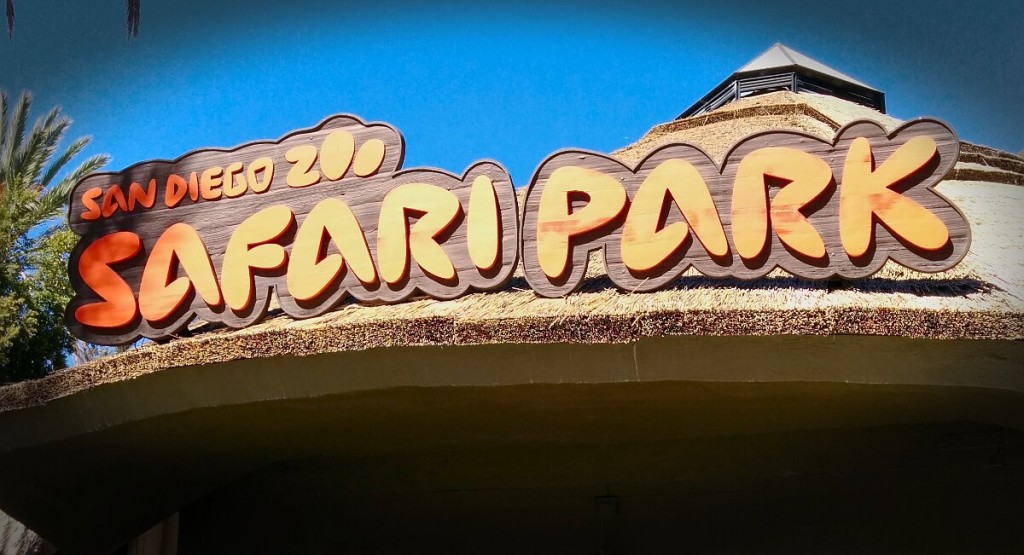 After wrapping up our visit to the Titan II Museum we then drove on to San Diego, CA.  After a good night's rest we were off to our final adventure for the Very Long Trip--the San Diego Zoo Safari Park.  I was there going on 10 years ago now (whoa) with some friends from college.  Jess and Heather both like zoos so I thought it'd be fun.

First thing we did was head to the hot air balloon which is tethered, but they take you up to 440 feet to have a nice look around.  The air was cool and there was a nice breeze at that height.  There was a discount for going before noon and they shut it down due to wind later in the day.  So I'm glad we skipped ahead to take our trip up.

After our ride we started the wandering about.  Due to time and energy restrictions we had to write off entire sections of the park.  It's a massive complex.  You could easily spend 3 days exploring.  It wasn't very busy, for which we were glad.  There seemed to be a lot of people there, but when we left we could see just how much more parking was available.  If it were full that place would be uncomfortably dense.

We saw warthogs (and babies!), gorillas (and a baby!), elephants, leopards, zebras, and all manner of birds and deer-like creatures.  We got to see two of the world's last seven-known remaining Northern White Rhinos which was neat and sad at the same time.

The park ticket includes a tram ride around the main grounds.  The Safari Park has many acres of land where as many species as possible co-exist to create a more natural environment.  So you get to ride around the perimeter of that.  For an additional charge you can take trips into that space to get closer to the animals and feed them and what-not.

We picked up a couple of neat souvenirs.  The giraffes are about 8 inches tall, hand-carved in Kenya, they're only connected at the base.  They were only $22!  We thought that was a steal, so we also got the parrot.  The parrot is about 4 inches tall, made in Ecuador, and only $6! 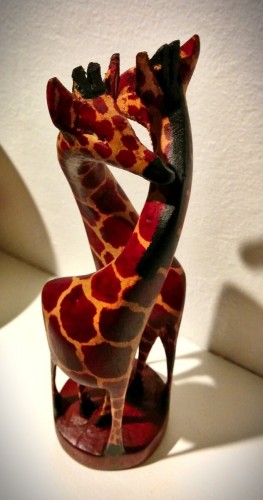 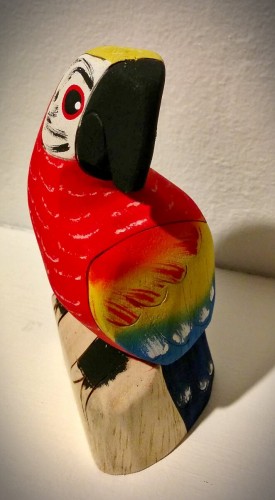 After lunch we hit up the carousel (Heather loves carousels) for a few rounds and then headed off. We drove until we finally got home back to our own beds. We pulled in sometime around 2 AM, I think, after over a month away from home. It was very good to be back.

Oh, and one last thing. Since we were driving along I-10 there were areas we could see across the border into Mexico. Which for Jess is the closest she's ever come to leaving the country, so we had to take a picture. (I'll forgo my rant about going through 3 border crossing checkpoints on this trip despite never crossing the border. Grrrr...) 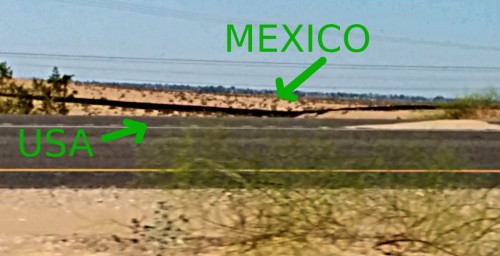 And that finally concludes our epic journey known as "The Very Long Trip." Over 3,500 miles / 51 hours of driving across 4 states and 3 time zones. I don't know how many times we watched Bubble Guppies, Curious George, Daniel Tiger's Neighborhood, and Frozen (with the snow monster edited out for Heather's sake), but it was enough for a lifetime. It was quite the journey, but I think our next grand adventure is going to be via rail (tentatively Fall 2015).