I just got around to putting gas receipts from the last two years into my spreadsheet so I could look at trends in fuel efficiency and gas prices.

My fuel efficiency seems to have leveled out at about 30 miles per gallon. I seem to no longer have a seasonal swing due to cold weather like I did while in Utah. The little peaks are road trips where we get better mileage while driving long stretches on the highway.

Gas prices were pretty level for awhile at the $3/gallon mark. I'm still astounded at the massive collapse in prices in 2008. Prices were down to $1.50/gallon! But we seem to have put a stop to that. Gas prices are back up to $4/gallon here. Hopefully the rain will stop for the season soon so I can try riding my bike a few times a week to save some money and get some exercise.

Here's this week's pizza. It came out much more circular. I added some whole wheat flour too to make it a little healthier. I'm getting better at this! 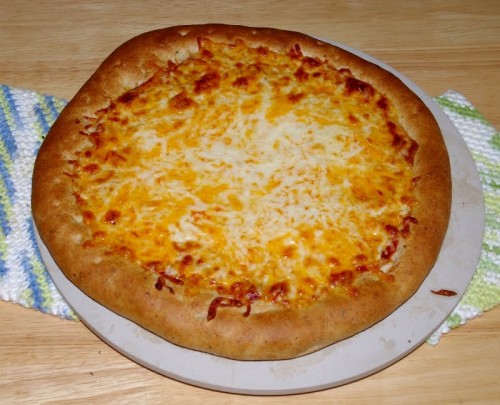 This was our second attempt at pizza. Last week didn't go so well, the crust had trouble. But this week was a lot better. I overstretched it so I kind of had to flop it over on itself to get it to fit on the pizza stone, but it still tasted pretty good. I'm still working on the whole making it circular thing too. The crust we used had some reviews saying it was bland, so I added some honey and Italian seasoning which worked out great. 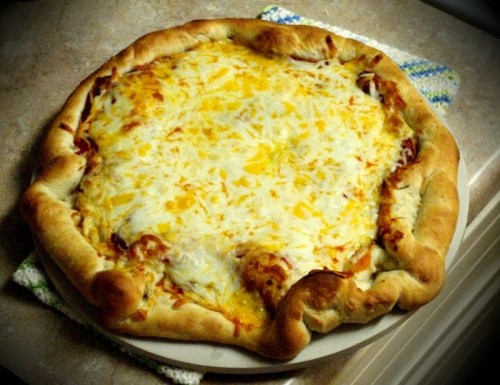 There is, of course, a lot of media coverage of the Fukushima nuclear power station in Japan which is suffering failures following the earthquake and tsunami there. I'd like to make a couple of points on the matter. First, nuclear power plants don't explode like nuclear weapons. It doesn't happen, it can't happen. While nuclear explosions are simple in principle they're actually quite difficult to make happen (You basically need perfectly symmetric pressure and exact radiation densities or you'll only get partial explosions). So people need to stop tossing around this idea that the "worst case scenario" is a nuclear explosion. It's not.

Second, I've seen media reports claiming that this event shows the "fragility" and "danger" of nuclear power plants and why they need to be avoided. This is a rather disingenuous statement. Let's look at the plant and what happened. (Note that some of the details are still sketchy, so I don't claim to be perfectly accurate in event descriptions. I'm getting most of my information from the Wikipedia article.)

Construction on the facility began in 1966. It's old. The reactor designs are old (installed in the 70's) and designs and safety systems have vastly improved in the intervening 45 years. So any failures at this facility really has no bearing on the safety of modern designs.

From my understanding the power plant in Japan was designed to handle a 7.9 magnitude quake. So the fact that it was still standing after an 8.9 magnitude quake shows the robustness of the design. Japan's advanced earthquake warning system automatically shut down the 3 active reactors. Because the reactors shut down, they weren't producing any electricity and the active cooling-system required outside power to continue operating (modern designs use passive cooling-systems that don't require power to keep the reactor safe). The massive damage to the region's power grid put them in a more vulnerable state and prevented external grid power from being used to power the cooling systems, but on-site backup generators kicked in as designed. Things would have been fine at this point, but then a massive tsunami hit the facility knocking out the backup generators. There was a protective sea wall in place, but the tsunami wiped it out.

At this point the next backup in the design took effect (this is 3rd-level backup) and batteries began supplying the necessary power. They had enough capacity to power the facility for 8 hours, but further supplies took up to 13 hours to arrive due to the extensive damage in the region. The effort was hampered by the fact that the planned location for external backup power generators was flooded by the tsunami.

Yet, despite all this, no major exposure of radiation has occurred. Some radioactive steam was vented from two of the reactors in order to reduce pressure in the cooling systems and prevent further damage. The most recent reported levels of radiation exposure that I've seen have been ~1000 microsieverts. Approximately the amount of exposure you'd receive in one year from normal background radiation. And, of course, this only applies if you are exposed. So while a lot of media is discussing the "dangerous" radiation levels, I've seen nothing showing which people might actually be exposed.

Yes, any exposure to radiation is bad because it will increase your lifetime cancer risk. I've stated this about the TSA back-scatter devices and it's true of exposure from any other source as well. The important thing to consider in this case, though, is the larger context in terms of power sources. We're going to generate our electricity somehow, so let's look at one of the most popular choices: coal.

During the normal operation of a nuclear power plant there is zero radiation release or exposure to employees, the environment, or neighbors. However, coal power plants exhaust radioactive isotopes into the atmosphere as part of their regular operation. According to an article published by Oak Ridge National Laboratory a typical coal power plant releases 5.2 tons of uranium and 12.8 tons of thorium per year! By contrast, the atmospheric release of radioactive particles by the Chernobyl accident (1986) was ~6 tons.

To be clear on the matter, there is almost no risk of a Chernobyl style exposure at the Fukushima power station. And even if there were such a disaster, the release of radioactive particles would still be far below the annual release of a single coal power plant.

I still assert that nuclear power is the answer to the next 100 years of our world's energy needs. The fact that this 40-year-old facility is still under control after the massive beating it has taken is a testament to the safety of nuclear power, not the fragility.

While Jess was at Cub Scouts on Wednesday I took a walk down the street with our camera seeing what there was to see. The lighting wasn't particularly good, but I got a few decent shots.

The depth of field was too short on this one, so I applied an oil-painting effect which I think came out pretty well. 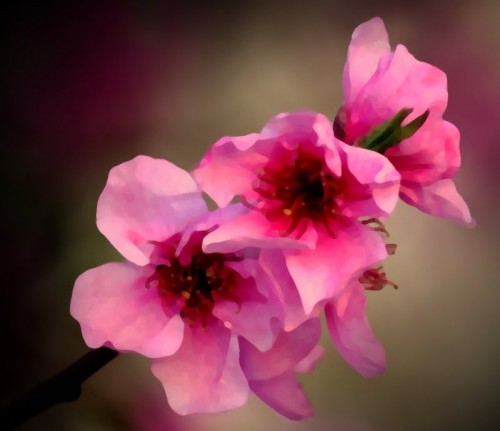 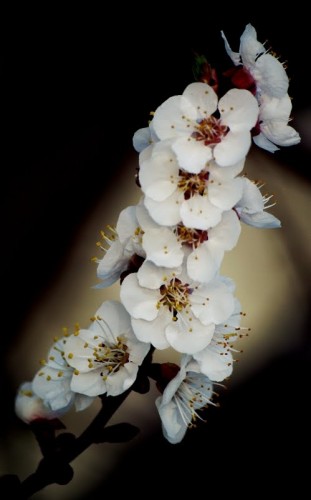 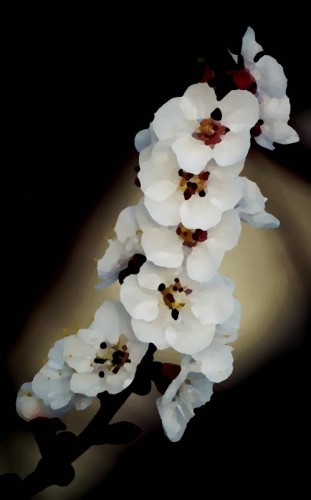