After lunch in Sebastopol we headed to the Sonoma Horticultural Nursery and Gardens.  Sadly, the gardens appear in need of many days hard work by a few dozen people to return them to their (presumably) former glory.

The paths were overgrown.  And most of the property was just in disrepair.  But that kind of created its own interest.  A lost garden disappearing into the wild growth.

We wandered around for a long while being somewhat entranced with the state of the gardens.  I eventually thought to get the camera out once we were deep into the property.  We found a little picnic table in a small clearing with a fountain.  The fountain is overgrown and non-functioning.  It probably was a really nice spot to stop for lunch back in the day. 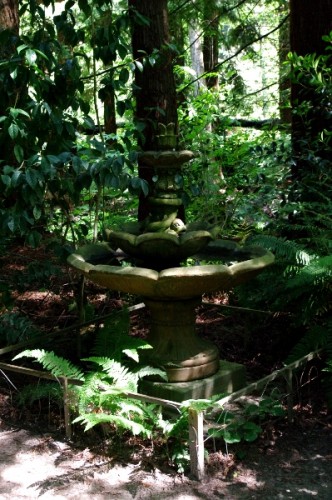 Here's the path away from the fountain.  If you look closely, the left-hand side has two stone boxes with a tree in each. 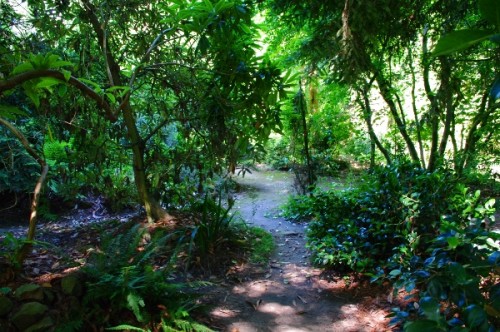 Here's another stone box with a tree in it.  There's an old sign next to it which I assume is supposed to identify the species. 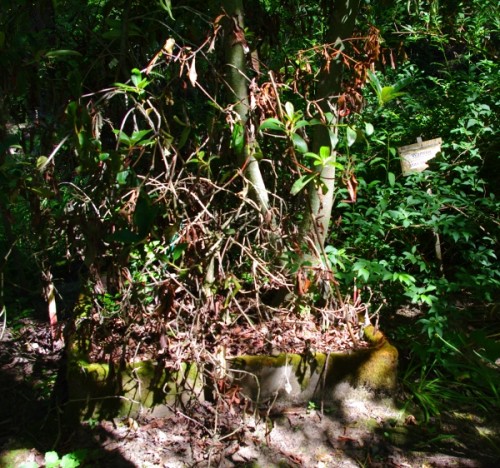 As we walked along we found this bench.  The ends of the bench are wagon wheels. 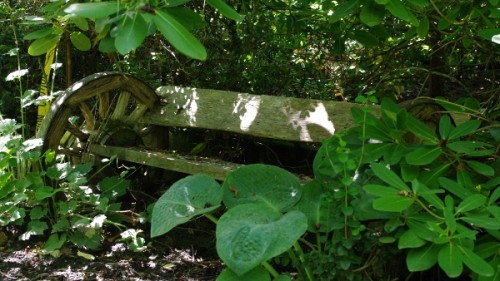 Here's another random little table thing with nice lion statues.  Again, it seems like at some point it was a really pleasant piece of property to walk around on.  However, on several occasions the paths were so overgrown you could barely see them and we had to stop and find new paths due to massive spider webs reaching across. 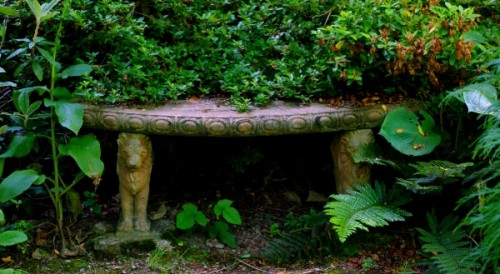 This tree was actually pretty cool still.  The branches hang down to the ground and create a little covered area underneath.  Jess is sitting on a nice little bench there. 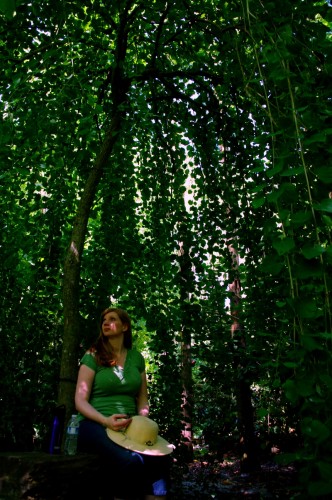 It's too bad that it's fallen into disrepair.  It would probably be a really nice place again if a few dozen people spent a bit of time pruning, cleaning, raking, fixing, etc.  Sadly, as it is, it kind of seems like the kind of place where a serial-killing gardener takes his victims and buries them.  They should at least be capitalizing on this ambiance with Haunted Gardens during Halloween.