We went on a little jaunt to a local pumpkin patch at the beginning of October. Heather liked the wagons. 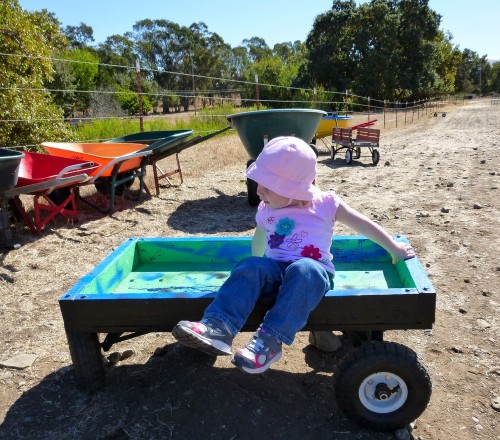 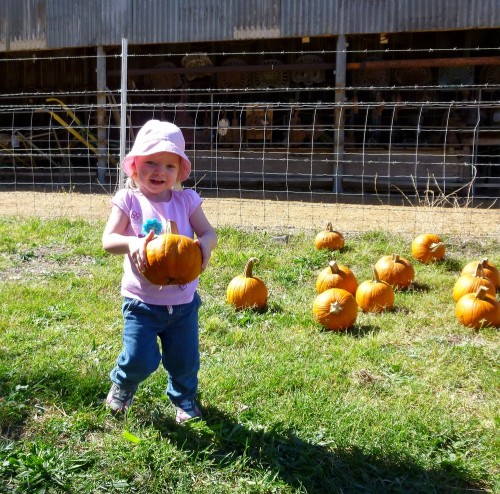 This picture was taken before I was warned that amongst all those pumpkins, she could fall and stab herself on one of the pumpkin stems. And that we should get out. 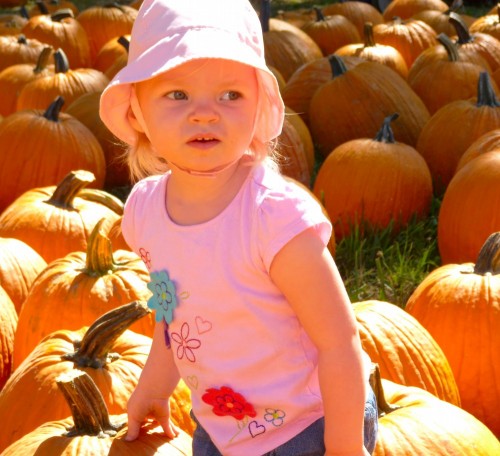 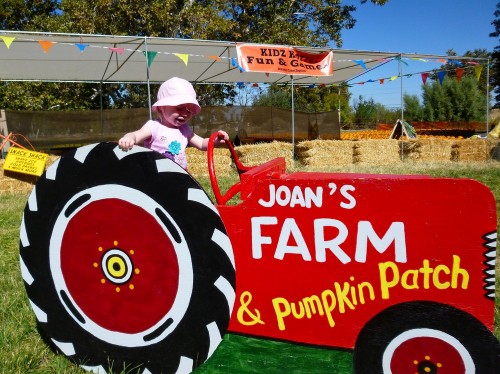 Climbing on a pyramid of hay bales! With airplane arms! 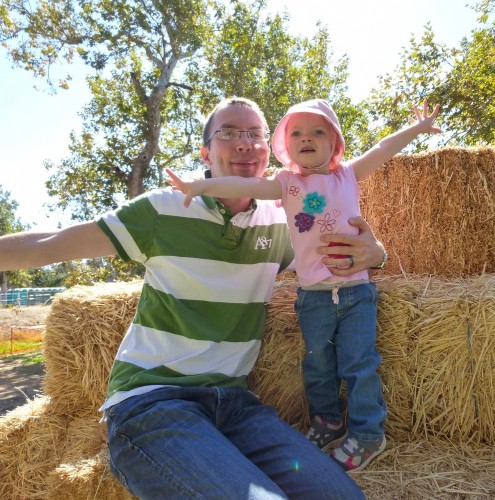 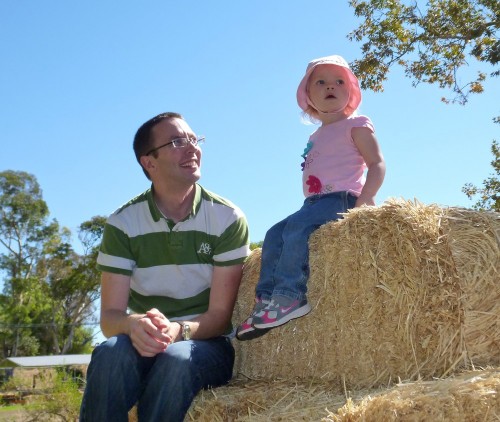 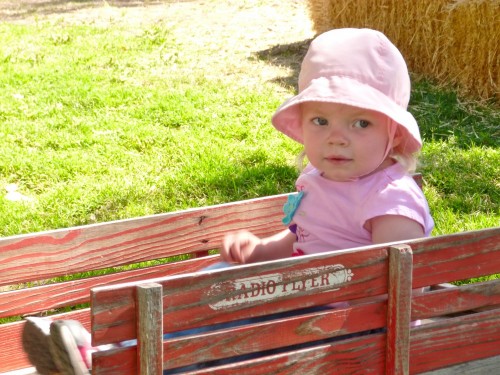 They had some animals, too—including chickens! Her very favorite. 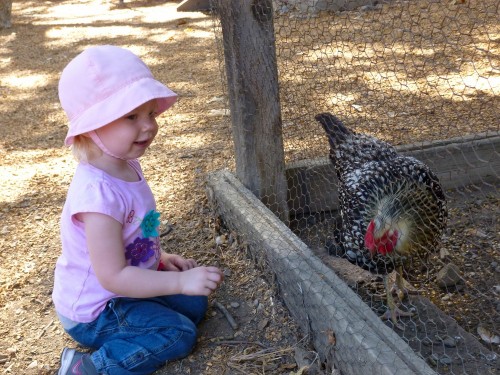 We dared to return to the pumpkins for one last pic. We live on the edge. 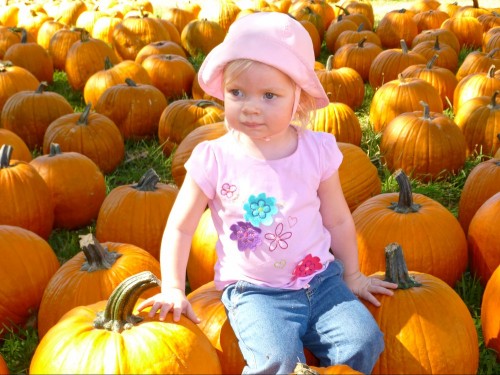