Last night was our ward temple night, but Kyle and I decided to do sealings instead of a session. That was a nice change, plus we didn't actually remember much from our own sealing, so it was good to kind of get a refresher on what all happened. 🙂 Anyway, the fountain is normally turned off by the time we get out of our session, but since we were done earlier, it was still on, which led to us wandering around the grounds a bit. 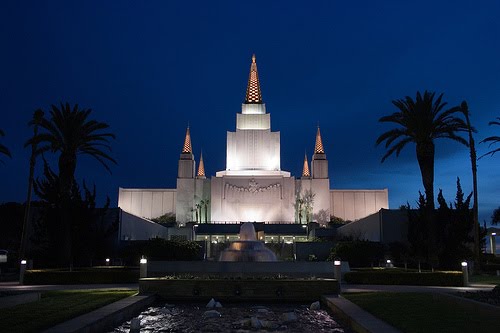 You can actually walk up some stairs and get up on a level next to that relief of Jesus and the apostles, where you can walk clear around the temple. There are flowers and some trees and such up there, and I bet it's really pretty when they're in bloom.

So we're walking along and we come around the side and there's this gorgeous view out over the lights of the city and you can see the bay and some bridges and it's really pretty. I kept walking along, and I heard this really drawn-out crrrrrunch. I had gone another couple of steps before I realized it wasn't just a leaf or something. Looking back, I saw this huge...something...that I had now tracked along with me, and it was wet. I made Kyle go back and assess the situation (I really didn't want a close-up view), and he confirmed that I'd just murdered a ginormous snail. Like, massive. It must've been a great-great-grandaddy, and I'd just done my impression of the Witch from Into the Woods on it. Cruuuuuuush. At least I didn't eat it?

I apologized profusely, explaining that I'd just done a lot of good work, but I don't think it helped. 🙁 I felt so bad. Poor thing was probably told that if it went to the temple, it'd live forever, and along comes me. Jess the Snail-Smasher. I'm such a jerk. 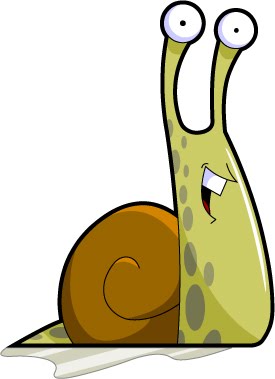 One thought on “Eternal life? Not on my watch!”