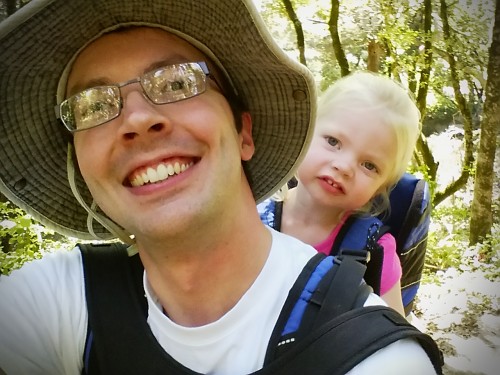 Heather's been asking to go camping for a few weeks now (I had mentioned the possibility at some point, which she latched on to.  She knows all about camping from an episode of Bubble Guppies.  She'll talk about having a tent and sleeping bags and a campfire and roasting marshmallows...).  We are planning on going camping in a couple of weeks, but I mentioned to her we could go hiking sometime too.  And we talked about her riding in the child-carrier backpack.

So last weekend I got it out and we went walking around the neighborhood for a while.  Then she became slightly obsessed with going hiking.  So I said we'd go hiking this weekend.  Sadly, that promise was made before we knew it was going to be over 100 degrees this weekend.  Regardless, she was super excited to go hiking today, so I looked for some place shady that might be a little cooler.  We ended up at Redwood Regional Park on the edge of Oakland.  It was probably about 10 degrees cooler than Livermore, which was at least something and there was a lot of shade for most of the trail.

We picked up some sandwiches and headed off for adventure.  At the parking lot for the trail-head (which was packed) we ate our lunch.  Jess, not being one for hiking what with her knees not being in very good shape, opted for sitting in the shade at the trail-head reading.  Heather and I packed up and began our trek.

We hiked just about 2.5 miles.  Heather was in the backpack somewhere from 1/2 to 2/3 of the hiking.  She loved it, though she was pretty worn out by the end (and so was I).  I had her on my back and the CamelBak on my front full of water and snacks. 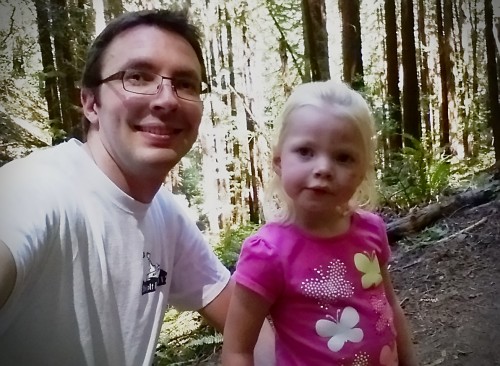 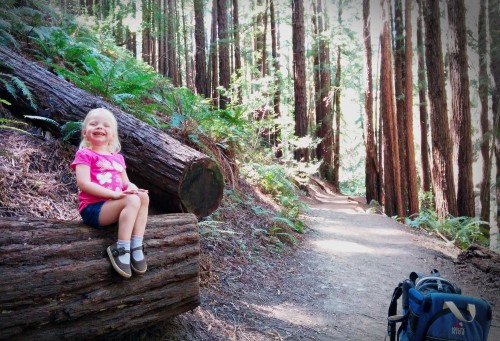 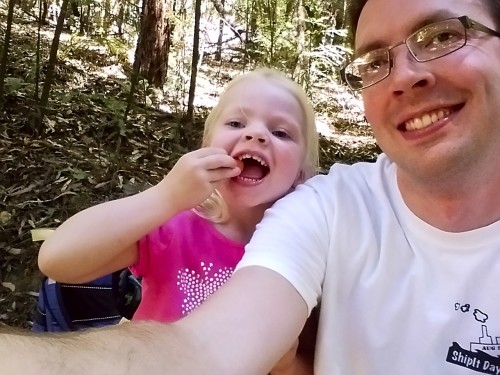 On the way home we went to Chick-fil-A since none of us had enough energy left to think about making dinner.  Hopefully the next time we go hiking it won't be quite so hot.

This morning while helping me clean the garage Heather paused and tensed up all her muscles.  I asked her what she was doing.  She said, "I'm trying to take myself apart."  She's done this every so often for the last several weeks since she's seen Frozen enough times and tries to emulate Olaf (the snowman that disassembles).

This evening she started hopping and then started getting upset because, "I can't float anymore."  We don't know when she used to float, but when Jess tried to help her she said, "No, I just want to float by myself."  We tried to explain that people can't float.

We fear that the mantra from Daniel Tiger of "keep trying, you'll get better" may be detrimental in these cases.

I was just messing around with the camera around the house today and got these two pictures that I really like of Heather while she was being silly. 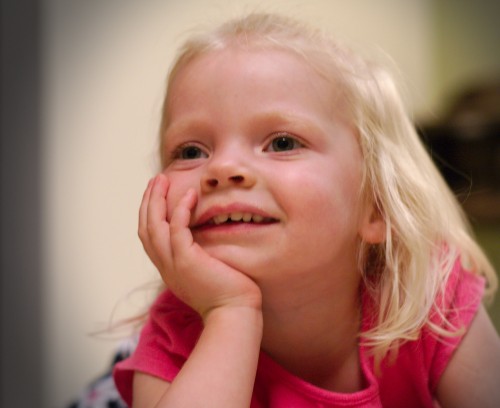 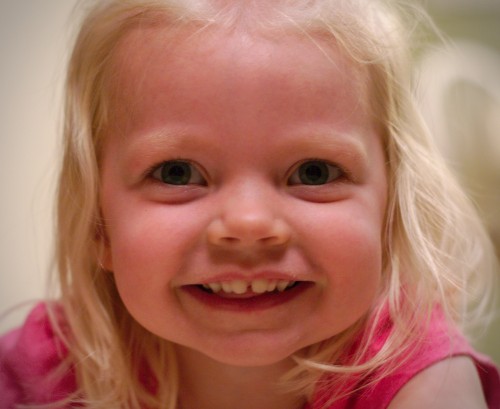 We just returned from a month-long stay in Texas. Kyle was doing a program at A&M for work (I'll let him explain that at some point if he wants to) and that's only 3.5 hours from where my parents live, in Frisco. So Heather and I stayed with them, and Kyle came up on the weekends.

The drive out to Texas was largely uneventful: we just needed to get out there as quickly as possible. We left May 28th (a Wednesday) and arrived on the 31st (Saturday). Kyle's classes started on Monday, the 2nd and ran through the 26th of June.

We did make an impromptu stop at a dinosaur museum that happened to be around when we needed a break from driving, though. It was in Tucumcari, NM, and it kind of rocked! It wasn't large, but they had some cool stuff. And Heather got to dig for fossils! Okay, they were cow bones buried in pieces of walnut shell. But it was awesome, and she loved it. We also discovered that if you can read, you're going to seem like a genius to anyone who can't (like a 2-year-old). No wonder we all thought our parents knew everything! Turns out, they were just reading the informational signs.

If you subscribed to the RSS feed back when this blog was hosted on Blogger, the forwarding for that feed apparently no longer works.  I don't know why.  It seems Google decided to break it.  So if you usually use RSS feeds, you'll need to re-subscribe.  The links are on the left-hand panel.  The "All Posts" feed is equivalent to what you would have seen before.