Help protect your right to vote. Right now local governments in California can spend public money or incur public debt to take over private electric businesses without letting local voters have the final say in the decision. In tough economic times like these, voters deserve the right to have the final say about how our money is spent

Sounds pretty dire, but then you realize that the proposition is entirely PG&E's idea and you immediately have to find out what their motive is. PG&E have publicly stated that they plan to spend $25-$35 million on the campaign. So you know it's gotta be good for them and bad for us lowly consumers and citizens. From my research it appears that, currently, municipal/county governments can play some political games to combine their buying power on energy contracts and explore energy options as a "Community Choice Aggregation Program."

The CCA program, established in 2002, allows local governments to purchase blocks of power to sell to residents, and to construct municipal electricity generation facilities, which means that cities and counties can become competitors to private utilities. (Ballotpedia.org)

PG&E apparently doesn't like this arrangement as it means that the local governments might be able to find ways of competing with PG&E's monopoly on energy production and distribution. So they're dressing it up in this "Taxpayers Right to Vote" nonsense and trying to scare people into voting for their proposition which would force 2/3 majority votes for local governments to enter in to CCA agreements.

I don't even need to understand the situation to know that if PG&E is willing to spend $35 million to get this proposition to pass that it probably isn't going to be good for me and my electric bill.

With part of our tax return we decided it would be a good idea to pay-off the remaining balance on my car. So we did, and the title / lien-release arrived this week. Now I just have to deal with the DMV to find out how to get a title issued in my name and what mess needs to happen to have mom's name removed. Then we can finally get all of our insurance needs on a single policy! (Currently there's one policy with my name and Jess' name; and there's a separate policy with my name and my mom's name.)

We're excited that there is one less bill to pay and, when the insurance policies get consolidated those two bills will turn in to one. With that bill done we can focus on getting student loans paid down and putting a little more into savings every month.

This week's camera club competition category was "pictorial" which they use to mean "anything you want". Generally it's a good time to submit photos that don't really fall into the other categories (journalism, nature, travel, and creative). I submitted two of my pictures. Club members are placed into categories based on experience and skill (beginner, intermediate, advanced, and master). Out of 11 entries in the pictorial, projected images, basic my picture of the figurine placed 4th. Not too bad for a first-time entry. 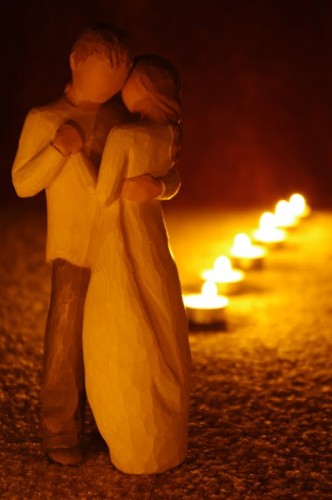 The photography class we're taking had a field trip last week to Veterans Park in Livermore. We got up incredibly early and met at the park at 7.

We took a bunch of pictures; many of which we're still working on cleaning up. I didn't get nearly as many as I hoped that I really like. We did, however, get to see some turkeys (they were sitting in the trees! and then they flew!), and some deer, and some (what I believe are) turkey vultures warming up in the sun.

Here are some of the turkeys (I was pretty far away and without a fancy telephoto lens this was the best I could do). I tried to get closer, but those things are skittish and ran off: 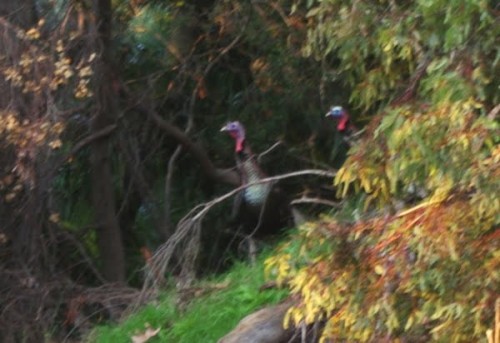 The deer were a bit easier to catch, being right out in the sunlight helped:

These (I believe) turkey vultures, were just hanging out in the sunlight to warm up. They'd sit there with their wings outstretched for a long time: 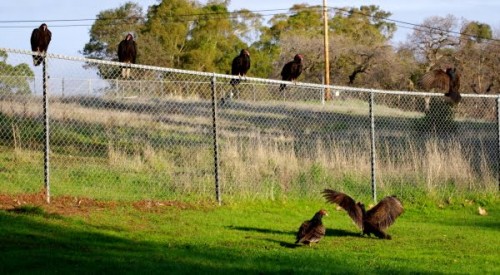 I got to try for one of those fun smooth-flowing-water pictures. I need a tripod though, can't hold the camera still enough for the entire exposure:

So far my favorite picture from the shoot is this wine tub: 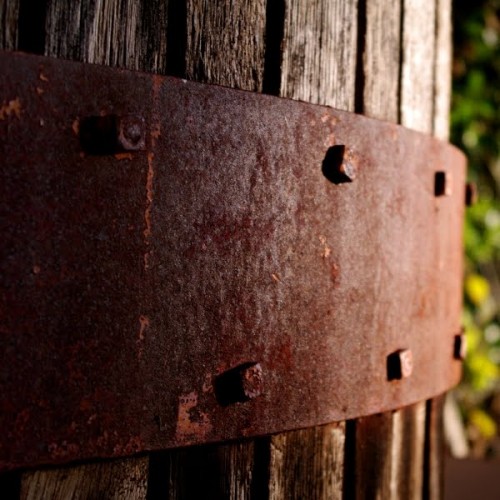 There's still some work I'd like to do on it to really make it nice.