I'd had a reprieve of a few weeks from recruiter contacts for some reason, but it's over now.  I've now had 5 this week already.  I'm not looking for a new job, but that doesn't stop the emails.  Usually they're pretty insipid and occasionally filled with marketing buzz words; but not today!

This is truly the most unique recruiter contact I have ever received:

So I was chillin in my office and eating this Sweet Onion Chicken Teriyaki sub from Subway... and BOOM. I came across your LinkedIn.

But I picked it up (three second rule), pulled myself together and sent this email.

I know you've got a job and you're like "I don't want to talk to a recruiter... are you even a recruiter? You are just making me hungry by talking about some sandwich."

But don't you want to see where this email goes?

But I put so much effort into getting to know you!?!??!

I usually try to stray away from bragging and throwing out arbitrary numbers in order to win you over (Links ftw). If you really care, you can go to [URL Removed] to learn more about us or you can read up on us using the Google.

More importantly, you should play around on our demo site: [URL Removed]

If you like it, and see some things you might want to improve or add, you should holler at me!

PS, there are actually specific reasons why I wanted to hit you up so if you have the time to be flattered, you should also hit me up. 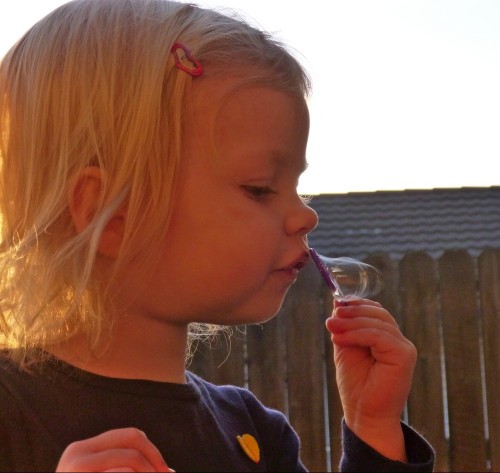 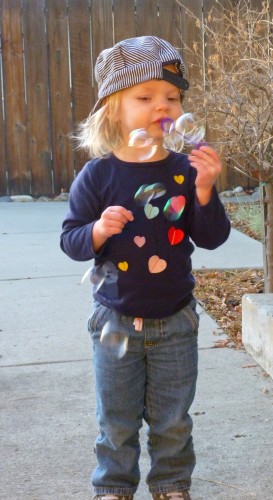 Reading. I think she only got to wear this dress once before she grew out of it. Hooray for hand-me-downs! 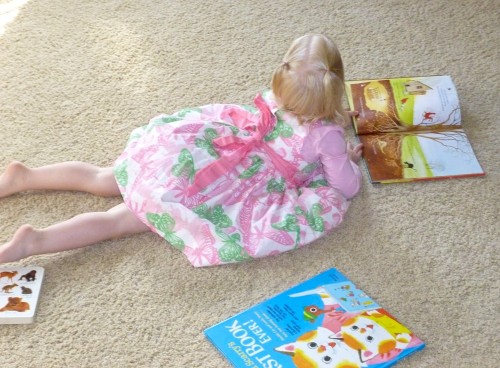 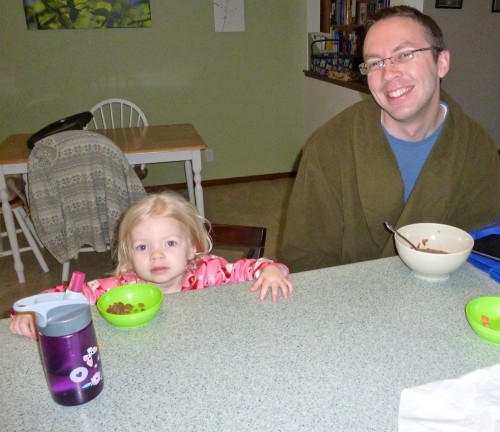 This was her first nap in her new toddler bed. Those first few times, it was easy. A shame that didn't last. 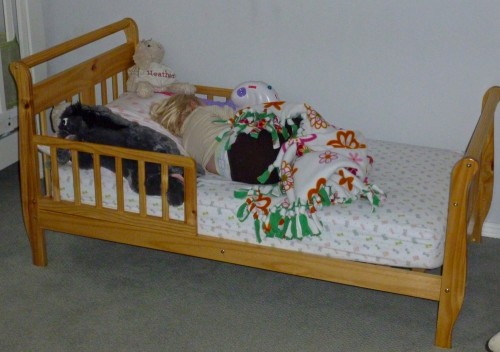 All dressed up! If you're going to dance, you gotta do it in style. 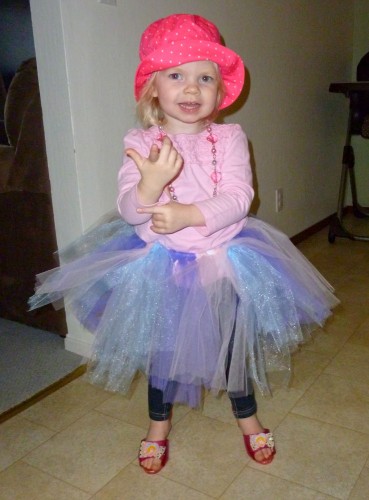 Heather "helped" Kyle put up Christmas lights. She can climb that ladder like a monkey! 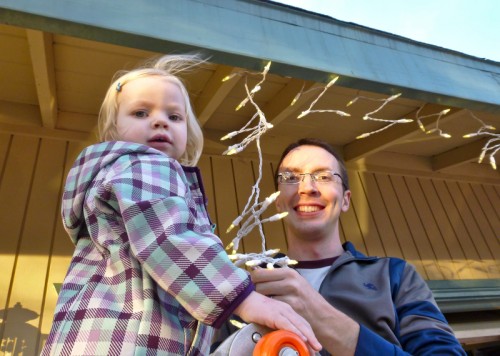 We just thought she looked funny sleeping like this: 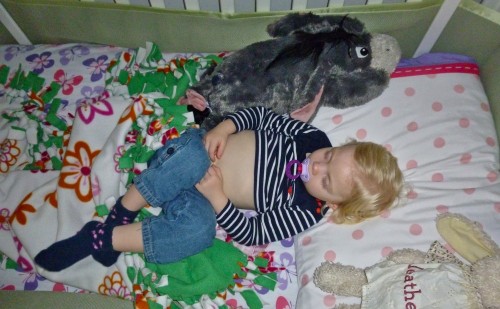 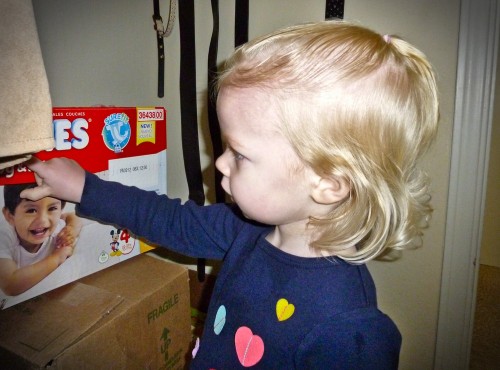 Picking out a Christmas tree... 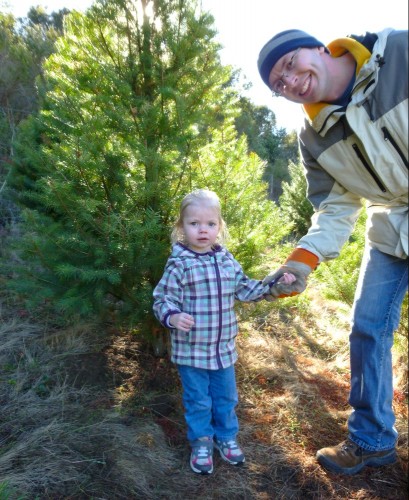 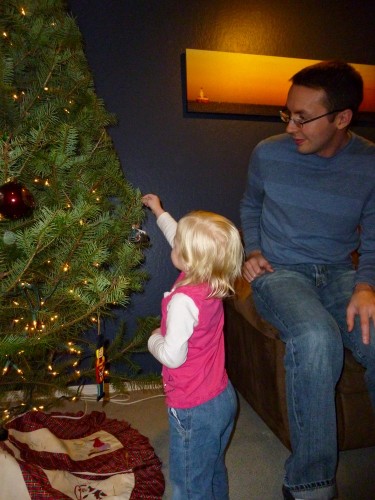 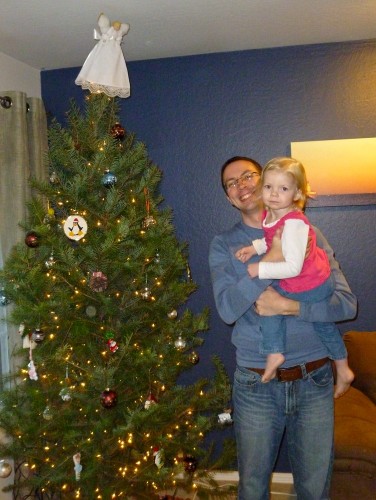 Building castles is one of her favorite things to do these days. And knocking them down again, of course. 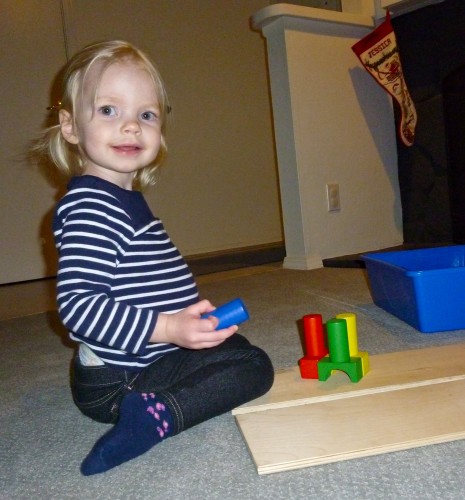 We went and saw the lights at the Oakland Temple. 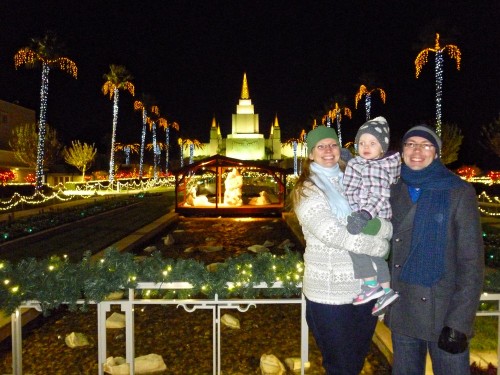 I dare you to not love this video.

Christmas morning, in Santa pj's and in front of the completed advent tree: 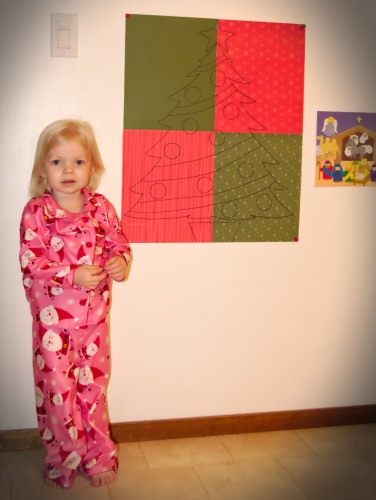 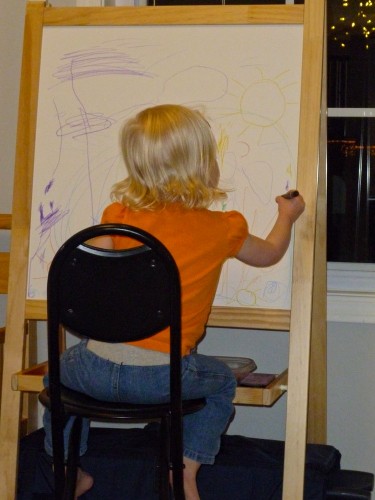 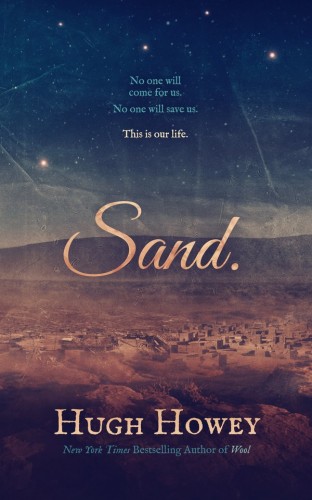 Hugh Howey is an author and he's a fantastic writer.  But he's not your typical author.  Hugh Howey is on the forefront of the future of publishing.  His website gives a status report of the progress he's making on his current projects.  And he engages directly with is fans (I've actually emailed him a few times to report typos I've seen and he's responded each time).

But those are just niceties that any author could be doing.  What sets Howey apart is his understanding that technology has changed the game.  eReaders, on-demand printing, and the Internet overall with easy access to self-run websites and easy-to-use payment systems have changed everything (Amazon is a big player in this new ecosystem).  And not just his understanding about this changing world but his embracing it and pushing it forward.  He's showing everyone else how to be an author in the 21st century.

I'm a big fan of Howey's.  The first reason is that he's just a fantastic writer.  When I read his work my eyes just glide over the words.  His writing isn't necessarily simple, but it has fantastic flow (his blog post about vocabulary, rhythm, and plot elucidates the point).  It's rare that I stumble over a sentence and have to back up and try again when reading his work.  It's incredible and it makes you want to just keep reading because you barely notice that you are, in fact, reading.

I started with Howey by reading The Wool Omnibus based off a recommendation from the GeekDad blog.  I was hooked.  I needed more.  I quickly devoured the Shift stories that act as a prequel to Wool.  And then I anxiously waited for the conclusion, Dust.  Since then I've breezed through Half Way Home and was just in time to catch the release of the Sand Omnibus.  And I still want more.  (Word of warning: Howey's characters due use expletives on a not-irregular basis, in case that bothers you.)

But he's more than just a fantastic author.  As I said, he sees where publishing is going.

Howey refuses to cripple his eBook works with DRM.  He understands how DRM hurts the very people that support him.  I really appreciate this.

He refuses to sell his soul to a publishing company.  While he now has made deals with publishing companies it's always on his terms (something they told him repeatedly was never going to happen, until it did; they caved, he won).

He refuses to gouge his customers, because to him we're not customers, were fans.  And you need to treat your fans right.  His works are always made available at reasonable prices right out of the gate.  The cost of seeing if you like Howey's writing is so small that you don't even have to think about it.  No one likes dropping $20 on a book and not liking it.  Libraries are great for mitigating this issue, but $0.99 for the first slice of a story is great too.  In fact, right now, you can pick up Wool Part 1 for FREE, that's right, $0.00 for the eBook.  Even if you don't have an eReader you can read it on your computer, or your phone, or your tablet to see if you like it.  Then you can buy the physical book if you want or pick up the rest of the parts in eBook form.

He refuses to restrict other authors' creativity and interests.  He has given his blessing to other authors to explore the worlds he has created.  This is why if you look on Amazon you will find dozens of fan-fiction stories set in his worlds.  He understands that not only does this not hurt him or his work in any way; it helps his fans build a robust and excited community.  A community that will eagerly fall over itself to buy his next story and see where they can take those worlds.

As I mentioned in an earlier post, one of my goals in moving to a self-hosted blogging platform was to protect the privacy of my readers.  WordPress, by default, has a few tendrils that slither out across the Internet and violate that privacy letting any number of 3rd-party websites track your movements across the web.

By default it: loads special fonts from Google's servers; uses the Gravatar service to show an image next to your name if you leave a comment; sends your email address and other data off to a third party to run heuristics as part of the bundled anti-spam tool.

I've excised my installation of these issues.  When you load this blog I do not enable any other services to track your movements.

Instead of using the bundled anti-spam tool, Akismet, which sends your data to a 3rd party, I'm using some less powerful, but locally controlled, methods that include things like a simple checkbox on the comment page to confirm you're not a spam bot.  These more primitive methods of fighting spam would probably not work for a high traffic site (thus high value target), but will probably be just fine for us.

You may have noticed the social media sharing buttons at the top of each post.  Normally this would allow each of those services to track your visit to this site.  But these buttons are a little different than what you're probably used to.

These buttons require two clicks to work.  One click activates the button and connects to the associated social media service (which in turns means that they are now able to track your visit to this site).  A second click does the normally expected behavior for sharing something to that service.  This privacy-protecting method of enabling social media sharing is powered by the Social Share Privacy project.  The project is still a little rough around the edges, but it does work (though it took me longer than I expected to configure).

The final piece that I'm working on is migrating all the old media to my server.  Currently the pictures and videos in old posts are still hosted on Blogger's (a.k.a., Google's) servers.  I'm slowly working through bringing those files to my server so that you don't need to interact with any 3rd party to visit this blog.

Also, if you really like, you're free to visit this site using an encrypted (https) connection.  However, at the moment I'm still using a self-signed certificate (so your browser will warn you that it's not secure, just add an exception).  It's a lie to say it's not secure, what it really means is that I just haven't paid one of the certificate companies to verify my identity.  The connection will still be encrypted as any other.  If you really care I'd be happy to take your phone call and verify that the certificate your browser sees is in fact the one I created.